Never mind all the atheists and Christophobes from without who are seeking to bring down the Christian church. Sadly, we have plenty of people within the church who seem to be doing a great job of this already. In the name of being “loving” and “tolerant” and “Christlike” they actually end up rejecting and undermining much of biblical Christianity.

We see this countless times on the issue of homosexuality. For example, some Christians suggest that everything damaging and harmful that homosexuals do or experience is the fault of the church, and never their own fault. We Christians are somehow to blame when a homosexual takes drugs, engages in reckless practices, self-harms or commits suicide. 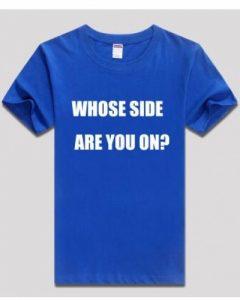 There is nothing inherent in the homosexual lifestyle that leads to any of this. Nope, it is just all those bigoted and intolerant Christians. If they would just ease up and never say anything further about homosexuality, and never speak out against it from the pulpit, things would just be peachy, and homosexuals could live happily ever after.

What they are doing is simply regurgitating the baloney of the homosexual activists, while at the same time walking further and further away from orthodox Christian teachings. These misguided Christians actually want to shame biblical Christians who dare to call out the sin of homosexuality.

But lest you think I am just making this up, let me assure you that such folks most certainly exist. Indeed, I just encountered yet another rather foolish piece on this by one of these folks. It really disturbs me to see homosexual propaganda being passed off as if it is somehow biblical truth.

Let me give you an indication of how unhelpful this article is by just changing a few words and presenting what this fellow had to say:

We must come to grips with the fact that our churches are toxic, life destroying environments to fornicators, adulterers, polyamorists and those with sexual attractions for children, etc., even when it is not overtly spoken out.
Those of us who are sexually chaste must stop doing all the talking and start listening to the stories, experiences and insights of fornicating, adulterous and polyamorous Christians and then having listened, consider afresh what God might be saying to us and the way God might be leading us.

Simply insert the word “homosexuality” etc., in the places I spoke about adulterers and the like, and you have the exact words of this guy. His whole piece seems to be one of siding with sin while standing against God and his Word. I find this so hard to fathom. And so many furphies and falsehoods need to be dealt with here.

Do homosexuals feel bad? Sure they do, but it is because they are living a lie and are shaking their fist at their creator. And of course they will feel bad if they hear the biblical truth about homosexuality preached from the pulpit. So too, anyone seeking to justify and excuse the sin of adultery will feel bad in a church where that sin is called out for what it is, and not given false justifications (eg., this is who you are, you were born that way, and so on).

As to the issue of homosexual suicide, I devoted a whole section of my 2011 book Strained Relations on all the myths and falsehoods being peddled about this. Forget the bogus claim that “homophobia” is driving homosexuals to kill themselves. Homosexual suicide rates are just as high in homosexual-friendly places like Amsterdam, San Francisco and Sydney as they are anywhere else.

There I offer plenty of documentation on this from medical and scientific journals. As one expert has said on this: “Teen suicide is always a tragedy. But tragedies should never be manipulated in order to advance an agenda – especially one that lures youth into an immoral, disease-ridden lifestyle.”

Are we to love homosexuals? Of course, just as we are to love adulterers, fornicators and all other sinners. But how do we show biblical love to them? It sure ain’t by making excuses for their sin, telling them they are just fine as they are, pretending their sinful lifestyles are inalterable, and repeating the lies of the homosexual activists.

Biblical love means telling them they can be set free from their dead-end and high-risk lifestyle, that Jesus came to change lives, and that plenty of former homosexuals exist who are now showcases of God’s grace and amazing transformation.

Why does this guy not tell them these vital truths? Why does he just rehash the falsehoods of the militants? I see absolutely nothing Christlike or loving about that. Sadly, there is just so much that is wrong in this article, but let me deal with just one more incredible paragraph:

Human understanding of sexuality and gender has progressed rapidly in recent years. For example, it is now widely accepted that people do not choose their sexual orientation but that it is fixed and given for most of us by the time we reach adolescence. We have learned that the variations within sexualities are far more nuanced and complex than we previously thought. We have learned that people whose sexuality does not fit a heterosexual norm are not perverted or deviant in character, but beautiful creatures made in the image and likeness of their Creator.
Yet our churches remain repositories of bigotry and ignorance.

Good grief, he might as well have pulled most of this straight out of the Kinsey Institute or Playboy magazine. He sure did not get it from Scripture, or even from some of the more reliable research on this. In my book I quote plenty of honest homosexuals who admit that choice was indeed the main factor in their lifestyle. Does this guy think they were all lying?

Moreover, why all the ad hominem attacks and mudslinging as he takes on those who dare to disagree with him? So I and millions of other Christians who seek to remain faithful to the clear teachings of Scripture on vital issues such as human sexuality are merely bigots and ignorant?

And just how logically incoherent is his claim anyway? He also talks about transgenders in his article, yet here he is trying to tell us that sexual orientation is “fixed”. Um, which is it? The gender bender activists are telling us all the time that sexual orientations and so on are fully fluid, not set in stone, and simply a matter of choice.

They insist that there is no biological basis to any of this, and we can choose our genders and orientations at will. They tell us that hundreds of these genders and orientations exist, and they are simply social constructs, not anything bound in biology. See some of the lengthy lists they offer in this article: billmuehlenberg.com/2016/03/09/gender-moonbattery-off-the-charts/

Of course people who hate even the concept of heterosexuality are still made in the “image and likeness of their Creator”. Whoever said they are not? But making excuses for every type of sexual perversion, rejecting God’s master plan for human sexuality, and making excuses for sin and rebellion against God is not helping anyone.

All it does is confirm people in their sin and lost-ness, and helps ensure they head into a lost eternity. And that is being Christlike? That is being loving? That is being compassionate? No thanks. While folks like this may mean well, and want to care about others, we of course need to care in a biblical fashion, otherwise we may do more harm than good.

Biblical Christians will always love sinners enough to tell them the truth as they seek to lead them out of destructive and ungodly lifestyles, and seek to lead them to something so much better. They will never jump in bed with the activists and seek to justify sin and mislead needy sinners.

6 Replies to “When Christians Side Against Their Own Faith”