It seems that one new study has found that atheists are having fewer children than religious folks, and it seeks to explain why this is. This would not be the first time this topic has arisen, but it is one of the most recent to explore this interesting fact.

The article from The Independent begins this way:

A new study has suggested that atheism is doomed because religious people have higher rates of reproduction.
Due to their lack of belief in contraception, religious believers are having more children than atheists, which could ultimately result in the end of atheism, the study suggests.
The findings fly in the face of popular discourse – and scientists’ predictions – which implies fewer and fewer people are religious nowadays. But the new research claims religion is actually at no risk of dying out and the reverse is in fact the case.
Scientists from the US and Malaysia studied over 4,000 students, asking them about their religious beliefs and how many siblings they had. They found that Malaysian atheists had 1.5 fewer siblings than the average.
The gap was narrower in the US, where students unaffiliated with any religion had 0.16 fewer siblings than average – non-religious couples had 3.04 children, whereas the average for the whole population is 3.2.
“It is ironical that effective birth control methods were developed primarily by secularists, and that these methods are serving to slowly diminish the proportional representation of secularists in forthcoming generations,” the researchers said. 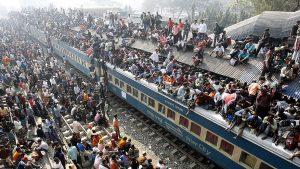 Even with the rest of the article (see the link below), this seems to be a rather weak argument to make – certainly an incomplete one. To say that most of this can be put down to religious folks versus non-religious folks and their views on contraception is somewhat misleading.

The study looks at two quite different countries: Malaysia and the US. The former is of course primarily Muslim while the latter only has a relatively small percentage of Muslims. Thus in the US the main religious group one would be talking about would be Christians.

But there is of course a big difference between Protestants and Catholics on the issue of contraceptives. Catholics as a whole believe (or are at least supposed to believe) that contraceptives are not morally licit, while Protestants tend not to take such a view.

Sure all Christians did take that negative view on contraception until recently, but I discuss that in more detail elsewhere: billmuehlenberg.com/2003/03/16/a-review-of-open-embrace-by-sam-and-bethany-torode/

And then one could look further at US demographics and religious beliefs. Mormons for example also tend to have larger families than most other folks. So talk of contraceptives needs to be seen in light of broader issues involving faith, families and fertility.

The key issue here is one of worldview. A worldview which offers no real hope for this life, and certainly none at all for the next life, as atheism does, will be a rather hopeless worldview. Why have large families if all we get in life is this life, and this life is not looking all that rosy?

As atheist Richard Dawkins for example once said about the fact of evil: “In a universe of blind physical forces and genetic replication, some people are going to get hurt, other people are going to get lucky, and you won’t find any rhyme or reason in it, nor any justice. The universe we observe has precisely the properties we should expect if there is, at bottom, no design, no purpose, no evil and no good, nothing but blind, pitiless indifference.”

Hmm, nothing very hopeful or cheery about that. All he is saying is this: crap happens, so get used to it. And with nothing better to look forward to in another life, this makes for rather depressing living. But on the other hand, religions which posit an afterlife tend to be more hopeful, and I think Christianity is the most hopeful of all.

So a worldview which engenders hope is obviously more likely to engender more children. If you think life stinks and has no purpose or future, then why bother having children? In fact, six years ago I wrote on these very matters in my article “Faith, Population, and National Survival”.

It was largely based on the very important 2011 volume How Civilizations Die by David Goldman (Regnery). That article is here:
billmuehlenberg.com/2011/11/08/faith-population-and-national-survival/

Let me quote parts of that review here:

As Goldman rightly summarises, “The members of sick cultures … cease to have children.” When a nation loses hope and a sense of purpose, its members cease having children. Indeed, when there is loss of faith in the future, people simply stop having children. This is true of individuals as well of nations.
He traces this truth through history as well. The classical civilisations died out because of “moral inanition” and “self-imposed infertility”. Ancient Greece and Rome for example simply no longer wanted to live, and their anti-fertility practices ensured a fatal outcome.
As Rodney Stark stated in The Rise of Christianity, the pagans were essentially anti-life, resorting heavily to contraception and infanticide. The early Christians on the other hand were strongly pro-life. Thus the pagan world died out while the new Christian faith flourished and spread.
But what about Islam? Why is it too experiencing steep demographic decline if it is such a strong religious community? Goldman spends a number of chapters on such questions. While Muslims as a whole still have more children than do most Westerners, this is changing.
“Most of the variation in birth rates among Muslim countries is explained by a single factor: literacy. . . . Across the entire Muslim world, university-educated Muslim women bear children at the same rate as their infecund European counterparts.” Religious practice also is a factor here, with Muslims who frequently attend a mosque more likely to have big families.
The shrinking Muslim population spells real danger to the West. Consider a nation like Iran for example where fertility rates are well down. “Iran’s looming demographic disaster makes the country more dangerous. People stop having children when they lose faith in their future.”
He continues, “Loss of faith may express itself in passive despondency. … But it also may express itself in a desperation to achieve victory before the window of opportunity closes.” And this is the far more likely outcome for Iran warns Goldman. Indeed, “nothing is more dangerous than a civilization that has only just discovered it is dying.”
Thus geopolitical considerations must also be addressed in terms of theopolitical realities. While the West as a whole is in perilous population decline, America is remaining steady. But it is “not that Americans in general are having children, but that Americans of faith are having children, and there are more Americans of faith than citizens of any other industrial country.”
While secular Europe is suffering a massive population implosion, the US is maintaining its fertility rates. In contrast, the death of Christianity in Europe has led to the death of Europe itself. It is now the most secular continent on earth, and it is also experiencing some of the lowest fertility rates on earth. “Abnegation of child-rearing is the ultimate expression of nihilism.”
Thus it seems that Yahweh had it right three millennia ago when he said, “All who hate me love death” (Proverbs 8:36). Pagan and/or secular societies with no belief in an afterlife and immortality have little reason for hope, and therefore have little reason to remain fertile and reproduce. The will to live is lost, and civilisations die out. As Goldman correctly notes, “Demographic winter arises from a crisis of faith.”
I close with his incisive words: “Spengler, whose Decline of the West remains the standard for pessimism, claimed that human civilizations followed a biological cycle of growth and decay. But there is no reason to believe this to be true; some very ancient civilizations – China and India, for example – are in resurgence. The truth is that humankind cannot survive without faith, specifically faith that our lives have meaning beyond the mere span of our years. Civilizations that lose their faith also lose their desire to continue and fail to reproduce themselves.”

Yep, quite so. Thus while contraception plays some sort of a role in the fertility rates of folks, and may show some differences between the religious and the non-religious, there is more to it than just this. So this new study is just an interesting study, but to really get to the bottom of all this, we need to get to the bottom of reality, and ask the really big and important questions, including: ‘Is there a God?’ ‘Is there an afterlife?’

5 Replies to “Heaven, Hope and Households”