Call them what you will: evangellyfish, spineless wonders, cowards, wimps for Jesus, churchians, adherents to the gospel of nice, and so on, but they are all around us. And I have written often about these believers: those who shy away from controversy; never open their mouths in public to defend their faith; get offended not at sin and evil, but at other believers who do; etc.

They stand in marked contrast to the prophets, to Jesus, to the disciples, and to heroic men and women of God from the past 2000 years of church history. They refuse to rock the boat, they are terrified of hurting anyone’s feelings, they will never stand up for what counts, and they are basically ashamed of the gospel.

Their fate will not be pretty – those who are ashamed of Christ and his words will not do well at the last judgment. Those who will deny Jesus now will one day be denied by Jesus. Jesus warned about this quite often. I for one want nothing to do with such cowards.

Indeed, we even read about the cowardly leading the list of those who are cast into the lake of fire (see Revelation 21:8). Thankfully other bold believers are also taking these folks to task. Two recent pieces have focussed on such craven Christians, and both of their stories are worth telling.

Exhibit A is Larry Alex Taunton, who penned the recent book, The Faith of Christopher Hitchens. He has a new article out in which he takes on these spineless Christians who think we all should just quiet down and not make folks upset.

He uses John Piper’s son Barnabas as an example of this. Barnabas had recently attacked those Christians who wanted to stand in solidarity with the Christian business Chick-fil-A when it was being persecuted by homosexual activists. Says Taunton:

I was stupefied by these remarks. Piper is young and was, no doubt, well intentioned here. But, brother, if you can’t be relied on to show up and order a combo meal in support of a company under attack for its commitment to Christian principles, when exactly can we count on you? This wasn’t about “the leadership’s view” on homosexuality; this was about the biblical view of marriage and society. Besides, Huckabee wasn’t asking Piper or other Christians to die for their faith. He wasn’t asking them to take to the streets and destroy property as protestors on the Left have recently done in such places as Ferguson and Berkeley. He was asking them to do nothing more than eat a chicken sandwich and some waffle fries for Jesus. Has any protest in history been easier or tastier?

He says, “evangelicals have confused Christ’s command to love others with being likable, as if that were an attribute of God. (It isn’t.) As such, they endeavor to be, above all else, inoffensive and polite. This doctrinal malpractice has given us a generation of men who are what Lewis called ‘men without chests’.”

I am a child of the military. I was born at Fort Benning, Georgia and grew up at such places as Fort Gordon, Fort Campbell, and Fort Lewis. The idea of fighting for things that matter has never been foreign to me. I fully recognize, as the Athenian statesman, Pericles, observed, “Happiness depends on freedom, and freedom depends on courage.”
My father, a career soldier, had a phrase he liked to employ whenever he saw a man behave in a manner that was less than manly. He would say something like, “That was candy-assed.” Of course, my father didn’t invent the idiom, but in his use of it you didn’t need further explanation. You knew exactly what he was talking about.
The term fits the kind of Christianity that has infected the Church and sapped it of its vitality and strength. The expression might offend the sensibilities of some of my readers to which I can only say, it might fit you.
I urge you instead to be offended by the way our God’s name is blasphemed in our country every day; by the 54 million children murdered in the holocaust of abortion since 1973; by the sordid sexual agenda that is eroding the very fabric of Western civilization; by the fact that Christians are dying for their faith, largely at the hands of Muslims, at a rate of 100,000 per year; and, most of all, by the reality that these things are being ignored, trivialized, or celebrated. These are things that offend me deeply, and I hope they offend you, too. Righteous anger has a place within the Christian life. Tap into it. In the words of Ephesians 4:26, “Be angry and do not sin.”
Evangelical Christians comprise a hefty 26 percent of the U.S. population. I fully believe that if they were to find their voices, their courage, and were to dispense with candy-assed Christianity, that we would see a Great Awakening in America. Indeed, we would see America become truly great again rather than superficially so. But it will, as I say, require courage, because the forces opposing us seem determined to burn this country to the ground.
That cannot go unchallenged. When Jesus said to turn the other cheek, he did not mean to turn a blind eye. The highest calling of a Christian is not to be civil; it is to be salt and light. 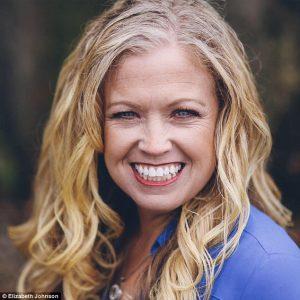 Hey, I am with you Alex. My second example is the by-now famous “Activist Mommy”. Elizabeth Johnston recently had her Facebook page frozen for simply sharing what the Bible says about homosexuality. She is not one to take such things lying down.

She is a feisty warrior for Christ and she too dislikes greatly all the church mice who are wilted pansies in the face of roaring lions. She too has one of these folks in her sights: Sara Wallace who recently told Christians to just “calm down” about the new Disney film Beauty and the Beast with the homosexual characters in it. Says Johnston:

This article ticks me off!! Yes, there is some truth in it, but telling Christian parents to calm down about being upset that Disney is prostituting and defiling the minds of our children, is really the LAST thing Christian parents need to hear. Christian parents are not doing ENOUGH to push back against the darkness in our culture. If anything, we are asleep in our pews and on our devices, and completely unengaged in the battle to save our kids from the evil that seeks to devour their souls. Every time a Christian actually gets off their duff and raises a stink about something wicked (which is way too rare, by the way), you have these “calm down Christians” who rush in to provide a more moderate spin on the issue. They attempt to make the ones who are taking action look wild and intemperate.

There is one thing the author said that I really do agree with! “We must raise alien children.” My husband and I have ten children we are raising to be different from the culture around them. We are blessed to have teenagers who have ventured into the uncomfortable waters of cultural depravity and are taking a stand against unrighteousness. It is by God’s grace that they have mustered the courage to not blend into their sensual and sinful surroundings. But I can also assure you that they haven’t taken their cues from their Mommy and Daddy who are not known for calming down in the face of sin and injustice, but to the contrary, boldly and lovingly opposing depravity in all its forms.
What will we be doing as a family about “Beauty and the Beast”? I would not let my child watch that rag of a movie for anything, and I certainly don’t want my money to go to supporting it either. We need to teach these companies with our pocketbooks that we do not want this kind of entertainment for our children.
Christian parents, I beg you…do not calm down!! Go berserk! Call the owner of your local theatre and ask them not to show the homosexual Beauty and the Beast. Ask your pastor if you can stuff an insert into this week’s church bulletin, warning parents of the homosexual content in the movie. (Many who are not active on social media will not have learned this information yet.) Think of something! Do something! But for the love of God and your kids, DON’T CALM DOWN!

Now that’s what I’m talking about. You go girl. Give me one fireball Johnston over a thousand spineless wonders any day of the week. We need bold, fearless Christians today, not craven cowards who never speak up about anything that matters.

We need some warriors for Christ with backbone who will not be silenced, who will not be intimidated, and will not be sucked into the false gospel of nice. We need more superstars like Taunton and Johnston. May their tribes increase.

9 Replies to “Ours is Not a Likeable, Sissified Faith”