I had the privilege of speaking to a group of committed believers in an inner city church recently. They were eager to hear about some of the battles we are involved in. I shared many of the areas where faith, family and freedom are under direct attack, then challenged them to stand up and be counted.

I reminded them that simply hearing about this and getting righteously angry was not enough – we have to act on this information and make a stand. It is similar to what we read about in James 1: 22-24: “Do not merely listen to the word, and so deceive yourselves. Do what it says. Anyone who listens to the word but does not do what it says is like someone who looks at his face in a mirror and, after looking at himself, goes away and immediately forgets what he looks like.”

Getting worked up at a church service is only the start. Doing something about what you heard is the next obvious step. But some folks do not seem to get past this stage of concern. They do not take action. Now for some, it is because they do not know what to do.

In my talk, as I usually do, I offered some practical suggestions as to how we can get involved and make a difference. Indeed, I have written whole articles on this. Here is just one of them: billmuehlenberg.com/2010/09/19/but-what-can-i-do/ 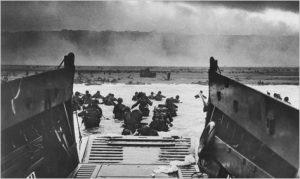 But other folks do not stand up and be counted – not for lack of information or knowhow – but simply because they are fearful. They are too afraid to rock the boat, to upset anyone, to cause a ruckus, and provoke a reaction. So they stay silent, preferring to just get along with everyone instead of sharing vitally needed truth.

I reminded my listeners on Sunday that when we refuse to speak truth and stand up for what is right, we are really denying our Lord. To be ashamed to speak biblical truth when it is desperately needed is to be ashamed of Christ. And I shared what Jesus had to say about this.

Or as we find in Mark 8:3: “If anyone is ashamed of me and my words in this adulterous and sinful generation, the Son of Man will be ashamed of them when he comes in his Father’s glory with the holy angels.” Paul said similar things, such as in 2 Timothy 2:12: “If we deny Him, He also will deny us.”

These warnings are not to be taken as being just theoretical. There are countless examples of those believers who capitulate and compromise, those who deny the Lord when the heat is on. Every day we see craven, cowardly Christians wilting under pressure, backtracking and effectively renouncing their Lord.

And this theme of God’s attitude to those who back down and backtrack is found throughout Scripture. Just the other morning I read again in my daily reading a very similar passage found in 1 Samuel. In 1 Samuel 2:30 we read this: “Those who honour me I will honour, but those who despise me will be disdained.”

Let me spend a few minutes on this passage. The context is verses 27-36 where a prophet of God rebukes Eli because he has not reined in his two wicked and rebellious sons. The prophet pronounces God’s judgment and says this in vv. 30-31

Therefore the Lord, the God of Israel, declares: ‘I promised that members of your family would minister before me forever.’ But now the Lord declares: ‘Far be it from me! Those who honour me I will honour, but those who despise me will be disdained. The time is coming when I will cut short your strength and the strength of your priestly house, so that no one in it will reach old age.

The truth of God’s sovereignty in revealing himself, choosing, and giving does not nullify but intensifies the demand for holiness in the recipients of his grace (cf. Leviticus 19:2; Amos 3:2; Romans 6:1,2). God will not honour (or glorify) those who do not glorify him. Hophni and Phinehas, and even old Eli, had failed to honour God as God (cf. Romans 1:21). They could not, therefore, expect to continue as beneficiaries of God’s promise. “God is not mocked” (Galatians 6:7).

The narrative’s way of contrasting the two paths of life – that followed by Samuel and that chosen by Eli’s sons – is a chilling lesson in the importance of individual responsibility for life’s choices. Hophni, Phinehas, and Samuel are not of totally dissimilar backgrounds and social privileges…. But the sons of Eli became great in their sins while Samuel became great in his faith. How does one explain the differences? Sin is deceptive and has a hardening effect on the human heart. When people continuously choose sinful attitudes and actions, they gradually become hardhearted and turn away “from the living God.” But those who persist in the faith will grow stronger and stand firm to the end in the confidence they had at first (Heb. 3:12-15).

He goes on to offer some contemporary application of this. Some Christians attach themselves to, and strongly support, a minister or church or denomination. But none are guaranteed to stay on the straight and narrow. When they go off the rails, we need to look elsewhere. Says Arnold:

Like Eli’s priesthood, God does not bless forever any institutionalized form of Christianity as is. Institutions that fail to remain faithful to their calling and to uphold biblical principles of discipleship will eventually lose God’s favour. As painful as it often is, today’s Christian needs to realise that Eli’s priesthood did not last forever. There came a time for God to let go and to look to new leadership to carry forward his work.

On this website I have written often about various Christian ministries, churches, denominations, pastors and parachurch groups which have lost the plot and gone off the rails. This seems to be happening more and more, and Jesus and the disciples warned us that this would occur.

In a time of war not everyone stays true. Many surrender, or go over to the other side, or go AWOL. And individual believers risk doing the same thing. In the battles we face today there is no place for sitting on the fence, or trying to stay in the middle of the road.

When warfare is all around us, the only proper response is to engage in the battle. With faith, freedom and family all at risk, this is no time for business as usual. This is not the time to live a normal life. It certainly is not a time to have the fear of man, or a time to seek to please men.

Let’s try pleasing God instead, even if it means ruffling a few feathers. Too much is at stake to do anything less. Let me close with a few quotes from Leonard Ravenhill on this:

“Why in God’s name do you expect to be accepted everywhere? How is it the world couldn’t get on with the holiest man that ever lived, and it can get on with you and me?”

“Finney preached and sometimes the whole congregation would get up and leave! That’s good preaching.”

“Preachers who should be fishing for men are now too often fishing for compliments from men.”

4 Replies to “No Business As Usual In Wartime”