Here in the West there has been a sad history of Muslims coming to our lands, committing crimes, and then getting a slap on the wrist for these crimes. Western judges are failing to do their jobs properly and are making every excuse in the book for these criminals, simply because they are Muslims.

Thus these judges claim they should be excused because they come from a different culture, or do not understand Western ways and values, or are not proficient in the host nation’s language, or face discrimination here, etc. Any lousy excuse will do it seems. I have been documenting cases of this for some time now. 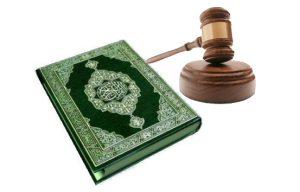 “Muslim women not used to drinking walk free after attack on woman”
December 6, 2011
“A gang of Somalian women who repeatedly kicked a young woman [from Leicester] in the head walked free from court after a judge heard they were ‘not used to being drunk’ because they were Muslim.”
www.telegraph.co.uk/news/uknews/crime/8937856/Muslim-women-not-used-to-drinking-walk-free-after-attack-on-woman.html

“Muslim abuser who ‘didn’t know’ that sex with a girl of 13 was illegal is spared jail”
January 25, 2013
“A Muslim who raped a 13-year-old girl he groomed on Facebook has been spared a prison sentence after a judge heard he went to an Islamic faith school where he was taught that women are worthless. Adil Rashid, 18, claimed he was not aware that it was illegal for him to have sex with the girl because his education left him ignorant of British law.”
www.dailymail.co.uk/news/article-2268395/Adil-Rashid-Paedophile-claimed-Muslim-upbringing-meant-didnt-know-illegal-sex-girl-13.html#ixzz4fsVmnxlL

“Islamic teacher who sexually abused girl, 11, as he taught her the Koran spared jail because his wife doesn’t speak English”
March 18, 2014
“An Islamic teacher who repeatedly molested a terrified girl of 11 as he taught her the Koran has escaped a jail sentence because his wife’s English is so bad. . . . Preston Crown Court was told Maknojioa had been engaged by the children’s parents in 2012 to teach them about the Islamic faith up to three times a week at their home in Lancashire.”
www.dailymail.co.uk/news/article-2583243/Islamic-teacher-sexually-abused-girl-11-taught-Koran-spared-jail-hes-benefits-wife-doesnt-speak-English.html

And in Australia let me just briefly offer another ten examples: nine somewhat older ones and then a brand new case:

“Scared Muslim let off police shooting”
September 9, 2011
“A Muslim terror suspect who wounded a policeman in a gunfight escaped conviction on serious shooting charges after a judge found ‘anti-Muslim sentiment’ made him fear for his safety.”
As commentator Gerald Henderson said about this case: “If the alleged existence of anti-Muslim feeling in the community is relevant to the state of mind of an accused who shoots at police, what about those of other religions? Would a Jew be entitled to cite a climate of anti-Semitism in the community as affecting the intention of an act which he/she had committed with respect to police? What about a Hindu?”
www.dailytelegraph.com.au/news/nsw/scared-muslim-let-off-police-shooting/news-story/8ff4815dbe4377cf03e13d3cce813291?sv=e87c0d5ed211102b79ce4cb9b7b77e64
www.smh.com.au/federal-politics/political-opinion/explanation-required-when-a-judges-verdict-gives-rise-to-disquiet-20110912-1k604.html

“Are Aussies too biased to try this Muslim man?”
May 9, 2012
“Ismail Belghar is believed to be the first Muslim in Australia to be granted a judge-only trial on the grounds that a jury may be biased because of his religious beliefs. The decision in the New South Wales District Court can be revealed after Belghar, 36, yesterday pleaded guilty to detaining and assaulting his sister-in-law after she ‘dared’ to take his wife to the beach without his permission.”
www.news.com.au/national/are-aussies-too-biased-to-try-this-muslim-man/news-story/73fdac24b838a0d5d8d4d138eaaa250c

“All charges dropped against registered sex offender”
February 25, 2014
“Registered sex offender, Ali Jaffari, accused of attempted child-stealing, has had all charges against him dropped after a Magistrate told prosecutors he would have trouble finding Jaffari guilty. Magistrate Ron Saines said if he was hearing the matter, he would have reasonable doubt, citing ‘cultural differences’ as one factor, which would result in the charges being dismissed. Jaffari, 35, an Afghan refugee, was convicted in Geelong Magistrates’ Court on August 22, 2013, of indecently assaulting one boy and attempting to indecently assault another.”
www.geelongadvertiser.com.au/news/crime-court/all-charges-dropped-against-registered-sex-offencer/news-story/d62153338f089fe31de937c7a104b73f

“Adelaide-based Shiekh Sharif Hussein free to preach race hate”
April 13, 2014
“Police say they will not act against a radical preacher who publicly prayed for the slaughter of Hindus and Buddhists, leaving him free to spread his messages of hatred.”
www.news.com.au/national/south-australia/adelaidebased-shiekh-sharif-hussein-free-to-preach-race-hate/news-story/e4cd817e6ffcea2e19e3d00792e23813

“SA court asked to release Ali Joubouri, accused of bashing Jason Lindsley, on bail for Ramadan”
June 26, 2014
“The man accused of bashing Jason Lindsley outside a city nightclub has asked for bail, saying it is difficult to properly observe Ramadan behind bars.”
www.adelaidenow.com.au/news/south-australia/sa-court-asked-to-release-ali-joubouri-accused-of-bashing-jason-lindsley-on-bail-for-ramadan/news-story/aeebd6b167788cc26b984faead8a428d

“Gold Coast kebab shop owner lives with two ‘wives’ and says polygamy should be legal”
July 11, 2015
“A Gold Coast man who lives with his two wives says polygamy should be legal because he cannot bear the thought of sleeping with the same woman every night.”
www.dailytelegraph.com.au/news/national/gold-coast-kebab-shop-owner-lives-with-two-wives-and-say-polygamy-should-be-legal/news-story/5a877e7f08a008a10cdc879995b16b78

“Centrelink ‘legalises’ multiple Muslim wives”
December 11, 2016
“Centrelink is ignoring Islamic polygamy, paying spousal benefits to Muslim families with multiple wives in an effort to save taxpayers’ money. The welfare agency has revealed it refuses to collect data on polygamous marriages under Islamic law, despite the fact some families are claiming to be living in a domestic relationship with more than one woman when claiming welfare.”
www.dailytelegraph.com.au/news/nsw/centrelink-legalises-multiple-muslim-wives/news-story/35f49d0c38789e22e133d00c67e55899

“Muslim leader says violence against women a ‘last resort’ for men”
February 23, 2017
“A Senior Muslim leader has said using violence against women is a ‘last resort’ for men. President of the Australian Federation of Islamic Councils Keysar Trad described beating women as ‘step three’ in a process of dealing with issues in relationships.”
www.news.com.au/entertainment/tv/muslim-leader-says-violence-against-women-a-last-resort-for-men/news-story/c45b0b7ec96a203d34936daaecabbf8b

“Bigamist awarded costs over visa cancellation as form ‘not clear’”
January 12, 2017
“A Muslim bigamist will have his court costs paid by the federal government after the Federal Court found he had his visa cancelled because the migration forms did not provide enough or clear options to describe his relationship status. Egyptian man Mahmoud Mahdy Mahmoud Salama moved to Australia in 2003 on a prospective partner visa and married an Australian woman the same year. He was then granted a provisional partner visa and returned to Egypt in 2004 where he married another woman in Cairo, while still married in Australia. In 2006, Mr Salama was granted a permanent partner visa, while married to both women.”
www.theaustralian.com.au/national-affairs/immigration/bigamist-awarded-costs-over-visa-cancellation-as-form-not-clear/news-story/8549ad2256873142408ac259c1cd7c76

And finally this shocking new example of judicial double standards for Muslims in Australia:

“Teenager avoids jail for sex attacks due to ‘cultural differences’”
April 26, 2017
“A teenager who immigrated to Australia from Afghanistan has escaped jail after a series of sex attacks because he grew up in a different culture. The court heard the teenager, who cannot be named, pleaded guilty to assaulting eight women and girls on a Surfers Paradise beach in January 2016. The judge accepted that seeing girls in bikinis is different to the environment in which he grew up.”
au.news.yahoo.com/a/35171584/teenager-avoids-jail-for-sex-attacks-due-to-cultural-differences/#page1

Wow, this is utterly insane. So much so that the case has even drawn international attention. One American commentator, Michael Brown, for example said this in part about the case:

Let’s Take the Judge’s Decision to Its Logical Conclusion
As for the idea that the teen came from a different culture and therefore was not fully responsible, how far will the courts take such logic?
“Your honor, I killed my daughter because she disgraced the family by dating a non-Muslim boy.”
“Your honor, I poisoned my son because he apostasized from the Islamic faith and became a Christian.”
“Your honor, I burned down the TV station because one of the hosts made disparaging comments about the Quran.”
“Your honor, I butchered the cartoonist because he mocked the prophet Muhammad.”
“Your honor, that’s just what we do in our culture. Please understand I wasn’t used to your way of doing things, and I’ll do better next time.”
Would the judge accept arguments like these? Hardly. (Or perhaps this same judge would accept such arguments. That’s what is really scary.)
What if you came from a cannibalistic culture where tribal disputes were settled with knife fights, and the winners ate the losers? How would this play out in court?
“Your honor, yes, it’s true that I roasted and ate my neighbor, but it’s a cultural thing. If I had lost the fight, I assumed he would have done the same to me. So, can I go home now?”

The Message It Sends
It’s bad enough that these girls and women have to deal with the trauma of being assaulted and groped. It’s even worse when the court sympathizes with their attacker rather than with them, finding a reason to look the other way. And what kind of message does this send to other Muslim immigrants, who will surely hear of this court case in the days to come?
Ironically, if an Australian woman living in Afghanistan decided to dress as she did in her home country, she’d be lucky to escape a mob assault on the streets, let alone experience leniency from the court. Yet in Australia, a young man guilty of multiple sexual assaults is let off the hook because of his Muslim background.
This is being open-minded to the point of utter foolishness. It sets a very dangerous precedent too.

So here I have been foolishly warning all these years that unless we are vigilant, we will have sharia law in Australia. Um, foolish me. As the above examples should make perfectly clear, we ALREADY DO have sharia law operating here. We have in effect a two-tiered legal system in operation.

Muslims seem to be exempt from Australian laws and are being judged by a different standard for their crimes – by an Islamic standard. They are getting away with murder – or almost. It seems that any rape, sexual assault, polygamous marriage, or under-age marriage can be excused here because it is simply ‘what Muslims do’.

Well, they can do it all they like where they come from, but they certainly should not be doing it here in the West. The only thing worse than these Muslim immigrants who refuse to abide by Western values and laws are those dhimmi judges who are siding against their own countries as they side with law-breaking Muslims.

Shame on them – they should be given the sack immediately and replaced with real judges who will uphold and defend Western laws and values. If not, say goodbye to the West.