Some recent articles I did on the role of women in leadership (in the church and at home), and on head coverings, not surprisingly unleashed a torrent of heated debate. While such issues are certainly important, they are, in a sense, secondary matters, not matters of salvation.

I tried to argue that there may be a bit of room to move in some of these debates, and good Christians can and do differ on these matters. I also said I would need to write much more on such topics before proper debate could ensue. But despite such pleas, sure enough, the pro and con camps started to weigh in straight away!

Some folks just love to enter into debates about their pet topics it seems, no matter how much you ask for them to wait until a proper introductory piece is written to allow for proper discussion! Anyway, I want to address some of the comments made there, and some broader considerations. 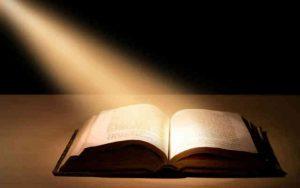 Some of the comments were rather worrying indeed, since they reflected a rather poor view of Scripture and our understanding of inspiration. So here I want to briefly discuss some of these rather large topics. Again, with whole libraries already out there on such complex issues, a short article like this can barely do it justice.

But I want to look at how the issue of cultural accommodation fits into our view of Scripture, the authority of the Bible, and the doctrine of inspiration. That the 66 books of the Bible are divinely inspired is a given for all biblical Christians.

Yet plenty of questions arise, including the role of the human authors. Yes, God used fallible men to pen the books, but he also used them in such a way to ensure that the result was the true, authoritative word of God. Thus the Bible has both human and divine authorship, but God’s intentions in conveying real truth is fully realised with the end product.

In the light of all this, let me just mention two somewhat worrying comments made on my earlier articles about women. One comment spoke of Paul’s apparent chauvinism and culture-bound status:

“The Apostle Paul was a mighty man of God who undoubtedly was key in assisting the spread of the message of Christ BUT although mostly free from but stemmed from Pharisaical mindset, was also a single unmarried man who lived in a culture that oppressed women. No doubt Paul was an imperfect human spreading the perfect gospel.”

“The letters Paul wrote to the churches in Asia Minor were not written to us, even though there is a lot we can learn from them. Had he realised that his letters would become part of the Canon of Scripture he may have taken a little more care explaining things or making his theological points clearer. Even though he was inspired by the Holy Spirit I don’t believe God sat him down and specifically dictated letters that would have universal application throughout the ages.”

He went on to say how influenced Paul would have been by the culture and worldview of his day, and how so much of his thinking is ill-fitted to our 21st century culture and worldview. So what are we to make of all this? It seems to me that both comments reflect a rather poor understanding of the doctrine of Scripture and how divine inspiration works. Indeed, the remarks of both writers (whether intended or not) reflect in part the typical theological liberal and feminist spin on things.

The inspiration and authority of Scripture

The doctrines of the authority and reliability of Scripture (and I won’t even directly enter into here another important matter: the inerrancy of Scripture), have been thought about and discussed thoroughly and extensively over the centuries. Let me just offer a few summary quotes from some recent authors on the position that I – and most evangelicals – hold to.

“By the inspiration of Scripture we mean that supernatural influence of the Holy Spirit upon the Scripture writers which rendered their writings an accurate record of the revelation of which resulted in what they wrote actually being the Word of God.” Millard Erickson

“By the authority of the Bible we mean that the Bible as an expression of God’s will to us, possesses the right supremely to define what we are to believe and how we are to conduct ourselves.” Millard Erickson

“The divine nature of Scripture does not rule out the fact that it is also a human book, manifesting the variety of literary styles, figures of speech, and individual personalities of its authors. However, like Christ, the Bible is theanthropic, having both the divine and human elements united in one expression. As a result, God adapted His truth to finite understanding, but He did not accommodate it to human misunderstanding.” Norman Geisler and William Nix

“Verbal-plenary inspiration affirms, with Peter, that revelation does not arise within the prophet or apostle or within the community more generally but has its source in the triune God (2 Pe. 1:21). The biblical writers were moved to say certain things. God acted upon them, interrupting the ordinary course of their lives, thoughts, and expectations by his external communication. And yet, God was also acting by his Spirit within them to prepare them throughout their lives for their vocation and to make his Word fruitful in their own minds.” Michael Horton

“In contrast to mechanical inspiration, evangelical theology embraces a theory of organic inspiration. That is, God sanctifies the natural gifts, personalities, histories, languages, and cultural inheritance of the biblical writers. These are not blemishes on or obstacles to divine inspiration but the very means that God employs for accommodating his revelation to our creaturely capacity.” Michael Horton

“God communicates through the inspiration of authors who compose writings that transmit his message to people (1 Tim 3:16; 2 Pet 1:20-21). In Scripture, God invests himself in the written Word and he even identifies with it, to the point that Scripture becomes a mode of God’s own presence.” Michael Bird

“Scripture does not present itself as the recollections of religious people about God. Rather, Scripture is written as the words God spoke to and through human subjects. Scripture is not a report from persons who generated words about God; instead, Scripture is filled with the story of God giving words to people. That is why it is treated as an authoritative and trustworthy message, because it comes from God.” Michael Bird

The biblical authors and their culture

The two comments I offered above both seem to come from believers who want to run with the egalitarian view of women and their roles as opposed to the more traditional complementarian view. And as is sometimes the case with the former group, one way they can get around some of the more problematic Scriptures (for their case), is to stress the culture-bound nature of the New Testament writers.

‘Yes they were somehow inspired, but they were also the products of their times – times which were sexist, chauvinistic, patriarchal and misogynist. That is why they wrote what they did.’ But that is rather shaky ground to be running on, especially if one claims to be a biblical Christian.

The short story is this: the Bible, as mentioned, is the subject of dual authorship – human and divine. So of course we find plenty of cultural, historical and personal elements there. The various theological quotes I offered above already spoke to this a fair bit, but let me say a few more words about it.

Since we have mainly been dealing with Paul in this debate, let me confine myself to his 13 letters. Were some of his epistles occasional letters written to deal with specific issues in specific churches? Sure. Thus Paul had to combat divisions at Corinth, the Judaisers at Galatia, and forms of Gnosticism at Colossae.

But his epistles were also divinely inspired letters meant to convey eternal truths as well. Thus all the major, crucial Christian doctrines are spelled out in them: God, Christ, sin, salvation, the church, the end times, and so on. God conveyed true truths about all these matters, and we dare not suggest that all this is just a collection of cultural, time-bound thoughts.

Sure, there are some specifically cultural or personal remarks found therein, and we need some discernment and wisdom as to what is purely a local, time-bound issue and what is not. Consider Paul’s command to Timothy for example to bring his cloak and scrolls (2 Timothy 4:13).

That certainly was meant only for Timothy, and is not a universal command for all believers today. Understanding something like this should just be a matter of common sense. But other passages can be much more difficult to understand in terms of whether they are just temporal cultural accommodations or eternal biblical principles.

I would need to pen an entire piece on this, but in short, we need to be very careful about dismissing portions of Scripture that we happen to be uncomfortable with, and simply claim they are culture-bound and just human words which have no eternal relevance or application. Yes some particular portions of Scripture are purely occasional in nature, but most are not.

Sure, we need to decide which bits are which, but that must be done with great care. But it is too easy to give parts of the Bible the flick not because it is clearly seen as cultural-bound, but because we don’t happen to like what it is saying. So we really must proceed cautiously and reverentially here.

Much more can be said on all this of course. I have likely raised as many questions here as I have answered. Hopefully I will tease some of these matters out in greater detail in future articles. So stay tuned.