I just penned a piece on women and head coverings, and mentioned that this was part of a much larger debate over the role of women in leadership positions. I mentioned that I had not yet written any direct articles on this topic because it is such a big and complex debate.

One or two articles can hardly do the topic justice, since we are dealing with so many things here: biblical issues, theology, exegesis, hermeneutics, culture, history, sociology, and so on. Simply cherry-picking a few passages or tossing around a few proof texts will hardly suffice here. 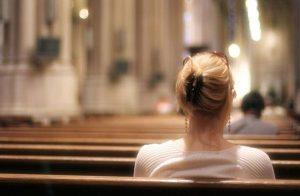 Indeed, this is an area in which a very large volume of literature has arisen of late. This is because of the complexity and depth of the issue, but also in part because of the rise of the women’s movement over the past half century in the West. Something which was not discussed or debated very much a century ago is now all the rage, and heated and lengthy clashes over this now regularly occur.

Also there are two separate but related issues here: the role of women in the home, and role of women in the churches. Evangelical Christians can be found on various sides of the debate, ranging from the hierarchical to the egalitarian, with various shades of difference along the spectrum.

There are plenty of books out there on these contentious topics. Only some of the better theological, exegetical, pastoral and scholarly volumes representing the various positions are included here. And I have tried to break them down roughly into the two major camps. In the interests of fairness, I have 22 volumes in each!

Both views
Lee-Barnewall, Michelle, Neither Complementarian nor Egalitarian: A Kingdom Corrective to the Evangelical Gender Debate. Baker, 2016

For those who want to know where I stand, I tend to be a bit more on the conservative side of things, so I would tend to lean to the complementarian position. But I do not wish here to enter into a full scale debate (or war) over all this. Those champing at the bits will just have to wait until I do write some lengthy articles on this, introducing the issues, weighing up the various pros and cons, etc.

22 Replies to “Women, Leadership and Scripture: A Brief Bibliography”