Let me begin with a confession: I was involved in the New Age Movement (NAM) back in my wild youth. And that was before it was even referred to as the NAM. My involvement was in the late 60s, early 70s, while the term itself came around a decade or more later. You can read about my involvement here: billmuehlenberg.com/2012/06/27/coming-home-my-testimony-part-1/

My conversion in 1971 put an end to my infatuation with NAM beliefs and practices. But sadly the movement really started to take off then in the West, and it continues unabated today. Given the many very real dangers associated with the NAM (not least of which its heavy roots in Eastern religions and the occult), Christians need to be very wary indeed.

Biblical discernment is required, even with some aspects which may be more or less spiritually neutral in themselves (various physical therapies and breathing exercises, etc). Indeed, we need to be wise and well-informed about the various recovery techniques, or psycho-technologies. 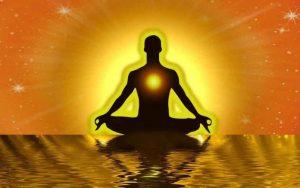 For example, how should Christians think about such things as creative visualization, tarot cards, alternative medicines, yoga, numerology, colour therapy, reflexology, astrology, the martial arts, Reiki, macrobiotics, the use of crystals, acupuncture, pyramids and aroma therapies, and so on?

As mentioned, some of these therapies can have some scientific validity, and some of these things in themselves can be used in a neutral fashion with no spiritual overtones. But far too often they are accompanied by spiritual and occultic baggage. Thus great care and discernment is needed here. These are matters we dare not take lightly or cavalierly.

I will need to pen more articles on the NAM to look more closely at the Eastern and occult influences, practices and beliefs. Suffice it to say that the Bible offers us plenty of warnings about the occult, sorcery, spiritism, magic, divination and so on.

Deuteronomy 18:10-12 would be just one of the many passages that need to be considered. And the point to remember here is that the Bible does not ban such things because they do not work. It bans them because they do work – satanic counterfeits abound, and we dare not allow demonic influences into our lives, or the lives of our churches.

It will be noted that most of the books offered here were penned in the 80s and 90s. The NAM was certainly big back then, but it still is today. Perhaps part of the reason why Christians are not writing about it as much today is because it has become so mainstream. It is everywhere part of Western culture, and even worse, it has infiltrated our churches in many areas as well.

And sadly far too many people claiming to be Christians are up to their ears in various NAM practices, if not beliefs. They will actually become quite hostile if you try to point out to them some of the many spiritual dangers involved with these things.

Indeed, just yesterday I wrote a piece on Christians and yoga. Already plenty of battles have broken out, with some believers actually quite offended that I even dared to write about this. They are happy to defend things like yoga to the hilt, and they seem oblivious to any actual dangers involved.

And don’t get me started on how many so-called believers have gotten sucked into the poisonous worldview of folks like Oprah Winfrey. As I have often said before about her, she is one of the biggest promoters of New Age spirituality on the planet, and has deceived millions. Yet plenty of Christians just love her!

As to the books below, they are all almost of equal value. They have different emphases of course, and some cover different aspects of the NAM. Some are a bit more academic in nature while others are pitched at a more popular level.

Some involve personal testimonies of those who were once steeped in the NAM. Some do a great job of integrating all the biblical data on this. I have subsections featured below the main list for more specific areas of study. And if you were to ask me to highlight a few especially helpful authors, I could do that as well.

In the US Douglas Groothuis has penned at least four very useful books on the NAM. In Australia Clifford and Johnson have written a number of good volumes. And on the NAM influence in, if not takeover of, the churches, see especially the many valuable works by Peter Jones, some of which I mention below.

Near Death Experiences
Abanes, Richard, Journey into the Light. Baker, 1996.
Alnor, William, Heaven Can’t Wait. Baker, 1996.
Ankerberg, John and John Weldon, The Facts on Life after Death. Harvest House, 1992.
Green, H. Leon, If I Should Wake Before I Die. Crossway, 1997.
Habermas, Gary and J.P. Moreland, Immortality: The Other Side of Death. Thomas Neslon, 1992.

10 Replies to “Recommended Reading on the New Age Movement”