I wish to speak to the issue of Christian concern and involvement in vitally important issues of the day. I would like to assess just how willing Christians are to stand up and be counted. I want to examine how many might actually do something about the things that matter.

I refer especially to the culture wars, and the many battle fronts that are out there which Christians should be concerned about and engaged in. This of course has been a big part of my calling, and I have spent a number of decades involved in all of this.

While I certainly do not expect other believers to become full time lobbyists, activists, or culture warriors, I do expect those who love the Lord Jesus Christ to care deeply about some of these issues, and at least to some extent get involved in doing something about them.

The issues are many of course, from the war on the marriage and family, to the attack on life, to the persecution of Christians. Dozens of other crucial issues could be mentioned here. And there would be various ways that believers can get involved, whether simply being prayer warriors or doing some of the other practical things. 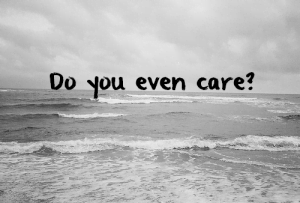 And these would be numerous: writing letters to editors, getting on talk back radio, sharing your concerns with friends, family or neighbours, contacting politicians, using the social media to share truth, joining a pro-life group or becoming a member of a pro-family organisation, and so on.

There is plenty that we can do. Yet I find that most Christians seem to be doing nothing at all. So I have to ask myself why this is. Do they care about these things, or are they really just apathetic and indifferent? If they do care, do they feel unqualified to do anything?

Are they waiting for some instruction on how they can get involved? Are they afraid that if they open their mouths, other folks will take offence or condemn them? So is it the fear of man or cowardice then? There would likely be many reasons why most Christians seem to do nothing about these really important issues of the day.

Here is my take on this. Of course I am not a social scientist, I do not have a team of paid professionals to assist me here, and I make no claims to any sort of empirical certitude. But from my vantage point, I think the breakdown would go something like this. If we had 100 Western Christians:

Now that is as unscientific as you can get. It is simply based on my own experiences over many years. The actual figures could well be a bit off, but the exact numbers are not so important here. What is important is this general truth: most Christians in the West really do not seem to give a rip about what is going on around them.

So the next step here is to ask why these things are so. As to why the small percentage of Christians who do care are not really doing anything about it, I already mentioned a few possibilities above. And if folks simply do not know what to do or where to start, I have written a number of articles offering some practical pointers on this:

As to those who care but are too fearful of speaking out, and worry about what others might say, it seems the answer is fairly straightforward. They need to repent and ask God for some Holy Ghost boldness. We are not meant to be wimpy church mice but roaring lions for Jesus Christ.

We should fear God alone and not fear man. And if you think being cowardly is no big deal, in the light of Scripture I ask you to reconsider. Scripture actually tells us that the cowardly will be the first to be judged by God. See these pieces for example:

As to the roughly 85 per cent of believers who just do not seem to know or care at all about these most pressing of issues – be it the slaughter of the unborn, the frenzied assaults on faith and family by the militant homosexual and transgender activists, or the torture and killing of so many of our brothers and sisters overseas – a few things can be said.

Those who really do not know – as hard as that may be to believe – really are without excuse here. We now live in the internet age, where information – and reams of it – is freely available everywhere. One would almost have to deliberately go out of one’s way to avoid knowing about the key issues of the day.

If these uninformed believers really know nothing about the abortion wars, about the worldwide persecution of Christians, of the daily assaults on religious liberty and the like, they really only have themselves to blame. There is just no excuse for such woeful ignorance.

As to those who do know, but still do not care – well, they are in an even worse boat. They are in a very precarious position indeed. The answer is again rather straightforward for these sorts of Christians: repentance is the order of the day.

We need to repent of our apathy, of our hardened hearts, of our carnality, and our compromise. We need to get on our faces before Almighty God and repent and ask him to make us into the warriors for Christ that we are supposed to be. But the first step must be to recognise that something is clearly wrong, and move away from that in faith and repentance.

Now I am not just trying to pick on folks. I am speaking to myself here as well. Believe it or not, the truth is, I hate controversy and I much prefer to live a quiet and peaceful life with no battles and no dramas. I would so much prefer to just sit at home and read a book.

I too can be fearful and uncomfortable about life in the trenches. I do not at all relish all these controversies, wars and battles. And of course all the hate mail and abuse that I get on a regular basis is certainly not something that I welcome and enjoy. It hurts like hell, and I wish it would just all go away.

Regardless of the cost we must get involved. We really have no excuses here. We either ask God to break our hearts over what breaks his, and then get involved, or we admit that we are just faux Christians. If we are the real deal we will care about the things God cares about, and we will get involved no matter how painful or unpleasant.

But if we couldn’t care less, then chances are real good that we are NOT in fact genuine disciples of Jesus Christ. We are just kidding ourselves in that case. No one should want to be in that place. I think these words of Christ may be quite relevant here, even if he did not have in mind Christian involvement in the culture wars:

“Whoever denies Me before men, him I will also deny before My Father who is in heaven.”