There are certain basics and non-negotiables in the Christian job description. One is to be salt and light as Jesus clearly stated in Matthew 5:13-16. This is not some optional extra, but an essential component of the role of the disciple of Christ.

Refuse to do this and you are directly disobeying your Lord. Sadly, far too many Christians are living in blatant disobedience here. They refuse to be the salt and light they are supposed to be. They refuse to open their mouths about the things that matter. 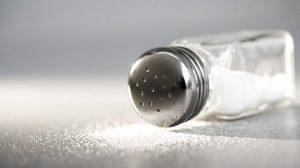 Whether sharing the gospel message or speaking out on the vital moral and social issues of the day, too many believers choose to remain silent. They choose, in other words, to disregard the clear command of Jesus to be salt and light.

Of course both our words and our actions make up this salt and light business. We are under obligation to make disciples of all nations, to be a voice for righteousness in our culture, and to stand up for truth and justice, even when the surrounding culture does not want to hear it.

Yet every excuse in the book is trotted out by some Christians who refuse to be the godly influence they were meant to be. They actually believe they can ignore and disobey our biblical marching orders. Having just read again this morning this passage, let me offer here the first three verses of the book of Jonah. They of course introduce a very familiar story:

The word of the Lord came to Jonah son of Amittai: “Go to the great city of Nineveh and preach against it, because its wickedness has come up before me.” But Jonah ran away from the Lord and headed for Tarshish.

And we all know how that ended up. Running away from the marching orders of God will always get you in trouble. In the Lord’s army there is no option for disobedience – we either do what we are told, or we show that we are not a real disciple of Christ. It is that simple.

The most obvious example of this today – at least in Australia – is the war over God’s institutions of marriage and family. Some of the most crucial of God’s good gifts to mankind are now under ferocious attack, and it is incumbent upon every single person who names the name of Christ to rally to their defence.

The Christian gospel speaks to all aspects of life, including those areas which God most strongly affirms and which the world most strongly attacks and resists. As Martin Luther is said to have remarked:
“If I profess with the loudest voice and clearest exposition every portion of the truth of God except precisely that little point which the world and the devil are at that moment attacking, I am not confessing Christ, however boldly I may be professing Christ. Where the battle rages, there the loyalty of the soldier is proved, and to be steady on all the battle front besides is mere flight and disgrace if he flinches at that point.”
Now is certainly NOT the time to retreat and engage in cowardly silence, or to pretend this is just no big deal. When marriage is under such ferocious attack, it is incumbent upon every single Christian to rally to its defence. It IS a gospel issue. We dare not pretend we can just sit this one out, or somehow straddle the fence.
As a colleague of Luther, John Calvin, once put it: “A dog barks when his master is attacked. I would be a coward if I saw that God’s truth is attacked and yet would remain silent.”

Not only is this an integral part of the Christian gospel, but if we do not stand strong here in this great hour of need, we will suffer the consequences big time. Whenever homosexual marriage goes through there is a notable restriction on freedom in general and religious freedom in particular.

All Christians will be negatively impacted by this, not only in terms of being able to freely proclaim the gospel, but in terms of who can be hired in a Christian business, or who can be employed even as a Sunday School teacher. Everything changes when homosexual marriage is legalised.

The horror stories about this from overseas have been recounted plenty of times by me and others. One such story that is worth repeating here has to do with Canadian father Steve Tourloukis. He has been through hell ever since homosexual marriage was legalised in Canada in 2005.

Of interest, The Australian just ran with his story, so let me offer a bit of that here:

A Canadian father of two has urged Australians to resist a push to introduce same-sex marriage, warning that it would have profound consequences for schools and potentially erode parents’ rights over their children’s education.
Steve Tourloukis, who has battled his local school board for seven years over the right to pull his children out of sex-education classes that conflicted with his Christian beliefs, is the latest weapon in the Coalition for Marriage’s campaign against same-sex marriage.
In advertisements to be launched during prime-time TV tonight, Dr Tourloukis argues that the introduction of same-sex marriage in Canada in 2005 had paved the way for “anti-heterosexist” policies in schools that saw homosexuality and gender diversity taught as a matter of course.
“You wouldn’t think that two men or two women getting married would have such a profound effect on the education system but I assure you that it has,” he says. “They began to change the curriculum in schools. They said materials relating to homosexuality and same-sex marriage were to permeate the entire curriculum; all subjects, all grade levels.
“They said all students, including my Christian children, should be required to celebrate homosexuality.”
Opponents to same-sex marriage have repeatedly pointed to Canada as an example of a jurisdiction where religious freedoms had come under threat because of same-sex marriage.
Recently a campaign was launched seeking to remove the tax-free status of churches that refused to perform same-sex marriage ceremonies, while some provinces reportedly have been considering laws that would forbid private schools teaching that traditional marriage was the ideal.
In 2010, Dr Tourloukis, an Ontario dentist, asked the Hamilton-Wentworth District School Board for notice if his children were to be taught about homosexuality so he could decide whether to withdraw them from class. When the request was denied, he decided to take legal action.
The case garnered intense media attention across the country, where school-based sex education has become highly contentious. Significant numbers of parents have protested over the introduction of sexual diversity and gender theory into lessons as well as the explicit nature of some sex-education programs, which from grades 6 and 7 canvass topics such as wet dreams, masturbation, oral sex and anal intercourse….
“Australia has a very wonderful opportunity to resist this,” he says. “We in Canada didn’t … there was no election. We just woke up one day and there was same-sex marriage.”

This is just one of hundreds of stories that I and others have documented. When homosexual marriage goes through, watch out – we are all put at risk. If you care about your faith, about your freedom, and about your family, you have an obligation to speak out now while you can.

This is important for everyone, but Christians especially need to start praying for some Holy Ghost boldness here. The time for silence is long gone. The time for fence-sitting is over. The time for craven Christianity is now a thing of the past.

We either speak out now, and strongly, or we shut up as we see our freedoms disappear. It is your choice. I know where I will stand on this.

13 Replies to “The Christian Obligation to Speak Truth”