OK, another rather odd-sounding article. ‘You are writing an entire piece on quoting others?’ Well yes, I am. And there is a reason for it. You see, I get into trouble quite often when I quote folks, and I get rather tired of having to explain yet again why I do quote some folks.

So in order not to have to keep repeating myself, let me lay things out here. Sure, this will likely still not please some of my critics, but at least I can point them here, and not rewrite once again my rationale for doing what I do. At the risk of belabouring all this, let me begin with something I recently posted on the social media:

Bill’s face palm of the day: Hmm, I am beginning to think that some Christians are convinced that if I quote from someone I must therefore agree with him 100% of the time on every issue. Sorry, but if I only quoted from those I fully agreed with, I would likely end up quoting from no one! Truth can be found even in those we may have various differences with! That is how life is in a fallen world! OK?

Indeed, I have already said a few words about this issue in another article, so I might as well quote myself on this as well:

Just because I happen to quote someone does not mean I necessarily agree with everything else that person has ever said. I do not mind quoting truth from someone who may have other views which I may not be so crazy about. All truth is God’s truth, and within reason one can even quote from non-believers and those of other religious traditions.
If Gandhi for example had a high view of Christ, I can acknowledge and quote that, even though I of course do not buy most of his non-Christian worldview. If an atheist such as the late Christopher Hitchens says some terrific stuff on Islam and violence, I am more than happy to quote him. That of course does not mean I endorse his atheism.
billmuehlenberg.com/2016/01/07/six-theses-on-truth-error-heresy-and-disagreement/ 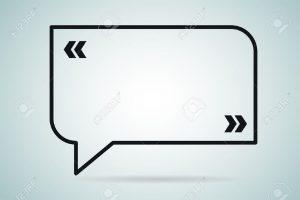 I would have thought all this is obvious enough, and it is nothing to go to war over. Yet I still routinely find folks coming to me, wishing to pick a fight on this. They think I am way out of line to quote someone that they happen not to like.

And they foolishly think that if I do quote from someone, that must mean I endorse every single thing they have ever said. They think I am endorsing their entire set of beliefs. Um no, I am not. I am just sharing some of their good stuff when I think it is worth passing on.

Let me give just one example here. I recently had some folks criticise me for daring to quote from American preacher and teacher John MacArthur. They were convinced this guy was somehow bad news and therefore I really should not be sharing anything by him.

Of course if folks think this way about him, they are implying they think the same about me, since I had the nerve to actually share his stuff. So if they think he is bad news, they are indirectly saying they think I am bad news as well – at least in this regard! Hmm, that is not exactly how fellow Christians make and keep friends!

I tried to reply to these folks by saying that I of course do not agree with everything someone like MacArthur says. Not to go into overkill on this, but since he was specifically named, let me spend a bit more time on him. He, just like every other Christian leader, thinker, or pastor, is a mixed bag.

He has some good stuff and some not so good stuff. In other words, in a fallen world, there are no perfect teachers or perfect preachers or perfect anything. Thus, as I always tell my students, we must treat everything we hear or read as a good fish dinner: we enjoy the meat but pick out the bones.

I do this all the time, be it with MacArthur or anyone else. We all must do this. We must be like the Bereans, who daily compared what Paul had said with what is found in the Word of God. As Acts 17:11 puts it: “Now the Berean Jews were of more noble character than those in Thessalonica, for they received the message with great eagerness and examined the Scriptures every day to see if what Paul said was true.”

But getting back to MacArthur, let me say that he is quite good on a number of things. I have a dozen of his books (and often his critics admit to not having read even one of his books!), and they are mostly good, but some I can strongly disagree with. Consider just one area where he has done an excellent job.

There has been in certain circles a theological war over what came to be known as the Lordship Salvation debate. Some have taught that a believer can make Christ Saviour but not Lord. I think this is woefully incorrect and clearly unbiblical. So does MacArthur. So he penned at least two excellent volumes refuting this nonsense.

I highly recommend these books to you. For more on this controversy, his books, and the biblical data, see these articles:

But in other areas I do indeed disagree with MacArthur, and rather strongly. For example, some years ago he wrote a book telling Christians to basically have little or nothing to do with political involvement, as it was more or less a waste of time, and it conflicts with the gospel and its presentation.

Needless to say, I disagreed with him big time on that one! Indeed, I wrote an entire review of his book, critiquing his stance. See here: billmuehlenberg.com/2001/11/28/a-review-of-why-government-can%E2%80%99t-save-you-by-john-macarthur/

Also, he is a gung-ho cessasionist, which I am not. So I have interacted with him on that issue as well: billmuehlenberg.com/2013/10/18/on-strange-fire-part-one/

So the point is, there may well be many areas where I disagree with the guy, but in many other areas I do strongly agree. Just because he differs with me on some key issues does not make him a heretic. Indeed, I tire of all the heresy hunters out there who accuse everyone who dares to differ even a little bit with them of being a heretic.

Satan is pushing that agenda, not God, so we must be very cautious here. See more on this here: billmuehlenberg.com/2014/04/09/on-heresy-hunters/

Speaking of heretics and the like, I mentioned above the idea of quoting from non-Christians, and those from other religious and worldview backgrounds. We must be cautious here. One area where real care is needed is when we are dealing with full blown heretics, apostates and cultists.

Now as is the nature of the case, the reason why these guys succeed is they rely on deception and falsehood. And they do this by mixing truth with error. Thus they will always have at least some bits of truth in what they say. But because it is so intermingled with error, they deceive many, and we must give them a wide berth.

For this reason, I usually will never quote from them, at least not approvingly of course. Sure, one can quote them to expose their error, lies and anti-biblical teachings. But I tend not to quote other stuff of theirs, even if it happens to be true. It is just too dangerous, and it effectively gives an endorsement to all of what they say.

Now this is different from quoting from a genuine Christian who mostly has solid truth, but sometimes may veer off into dangerous directions. As but one example, I would have quoted from an evangelical giant like John Stott many hundreds of times.

And I likely agree with him well over 95 per cent of the time at least. Yet sadly in at least one area he has gone down a path I simply cannot affirm or go along with. As I have written elsewhere, toward the end of his life he started to go down the path of promoting annihilationism.

Now I think that is a very dangerous and unbiblical position to hold to, and I wish he never did run with it. Do I think he is not a Christian therefore? No, I think he was a terrific Christian, but on this particular issue, I think he was quite wrong. But I will still keep quoting him approvingly on most other issues. See more here: billmuehlenberg.com/2011/07/28/notable-christians-john-stott/

Oh, and don’t get me started on how many people quote from me, even though they may well disagree with me on all sorts of issues! And to be honest, I don’t always agree with myself at times! So no one will have all the truth, and we all must use godly wisdom and discernment in what we read, what we believe, and what we share.

In sum, I will keep quoting others – within reason. It is rather silly to expect me to only quote from those I happen to agree with all the time. But truth is truth and for the most part I am happy to run with it. And in a fallen world that is how things are.

As a final example, I am clearly not a Catholic, but some of my favourite writers and thinkers are Catholics, such as G. K. Chesterton. I quote from them all the time. Does that mean I am a full-blown Catholic who has renounced my evangelical Protestant roots and crossed the Tiber? No, it just means if they say or write terrific stuff, I think it is well worth sharing.

Apologies again for belabouring all this. Some might say it is all too obvious, and think there is no reason to write such a long, drawn-out piece. I wish that were the case. But given how often this comes up and I have to deal with it, let this be my last will and testament on the topic! Hopefully I won’t have to repeat myself all over again in the future!

7 Replies to “On Quoting Others”