If you have been a Christian for any length of time, seeking to faithfully serve the Lord, you would have experienced both. Needless to say it is not pleasant. It hurts and it hurts greatly. You may well expect pagans to mistreat you, but when folks claiming to be fellow Christians do it, it really is quite painful.

I get this all the time, and likely so do you. That it will happen is not in dispute. But how does the biblical Christian respond to all this? Obviously returning the same nasty behaviour is not the Christian option. We are to respond in the opposite spirit. We are to love our enemies and pray for those who persecute us. 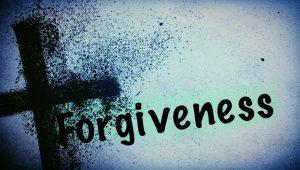 All that is much easier said than done of course, but that is what Jesus commanded us to do. But we need to look a bit more carefully at all this. Interpersonal relationship have now become somewhat different with all the new communication technologies and things like the social media.

Now it is quite possible to have an ongoing, deep and reciprocal relationship with someone you may never have met. Just think Facebook. We now can have all sorts of people in our lives that we may interact with on a daily basis – maybe even hourly. Yet some of these folks we have never had a face to face encounter with.

As I have argued before, there are some basic rules of thumb for the believer using the social media. For example, if someone keeps coming to your page and attacks you, or seeks to argue with you, or seems to just want to waste your time, you are under no obligation to keep him at all costs.

There most certainly are such things as internet trolls who just want to pick a fight with you and argue all the time. If you think such folks can be delivered of such unwelcome behaviour, you can try to work with the person – and pray for him.

But sometimes the wisest and most Christian thing to do is just give the person the flick – unfriend them! Jesus said we should not cast our pearls before swine, and not every social media relationship is worth trying to save. So we need real wisdom here as to who we should keep interacting with and who we should just cut loose from our life – at least our online life.

But where does forgiveness fit into this? Forgiveness is of course an absolutely essential part of life for the simple reason that sin is a basic part of life. People sin all the time, so forgiveness is always needed. But that basic truth also needs to be teased out a bit.

I have looked before at what Scripture says about the issue of forgiveness: billmuehlenberg.com/2014/07/10/on-forgiveness/

And equally important, I have looked at whether we must always forgive, or if forgiveness is in fact conditional. See this piece for much more detail on this: billmuehlenberg.com/2014/07/11/on-unconditional-forgiveness/

As I argue there, we are not to automatically forgive everyone. But, some will ask, what about the “70 times 7” that Jesus talked about? Yes Jesus did speak that way – as we read in Matthew 18:21-22: “Then Peter came to Jesus and asked, ‘Lord, how many times shall I forgive my brother or sister who sins against me? Up to seven times?’ Jesus answered, ‘I tell you, not seven times, but seventy-seven times’.”

But we must also accept everything he said on this matter. He also taught us this in Luke 17:3-4: “If your brother or sister sins against you, rebuke them; and if they repent, forgive them. Even if they sin against you seven times in a day and seven times come back to you saying ‘I repent,’ you must forgive them.”

Note the three important words, “if they repent”. So there is a place for getting the other party to come to a place of acknowledging their guilt as well. Indeed, in a much-ignored teaching, Jesus told us specifically what our duty is here. As we read in Matt. 18:15: “If your brother or sister sins, go and point out their fault, just between the two of you. If they listen to you, you have won them over.”

How often do believers actually do this however? Let me deal with these various matters by referring to a helpful volume. A short but terrific book was penned by John Stott way back in 1964 called Confess Your Sins: The Way of Reconciliation.

It has been out of print for some time, but is now available again, and is well worth picking up. In his chapter on private confession he speaks about rebuke and restoration. Let me quote from parts of that here:

Wrong relationships can be reciprocal. So far we have concentrated on the injuries we have done to others; what about the injuries which others have done to us? The Bible declares that we have a duty in this matter too. We have to confess and make restitution to those we have wronged, that they may forgive us; we have also to seek to bring to repentance those who have wronged us, that we may forgive them. This is a widely neglected duty. Most of us are as irresponsible as Cain in imagining that we are not our brother’s keeper.

Stott says we often will respond to an injury by resentment or revenge, or by doing nothing, thinking we are being spiritually superior. “But Jesus told us there was something for us to do: ‘Go and point out their fault’.” He continues:

We are to rebuke a brother if he sins against us; we are to forgive him if he repents — and only if he repents. We must beware of cheapening forgiveness. Although God’s forgiveness of us and our forgiveness of one another are quite different (since God is God, and we are merely private individuals, and sinners besides), yet both are conditional upon repentance. If a brother who has sinned against us refuses to repent, we should not forgive him. Does this startle you? It is what Jesus taught. Oh, we must forgive him in the sense that our thoughts towards him are free of all animosity and full of love. But this is not Christian forgiveness. “Forgiveness” includes restoration to fellowship. If we can restore to full and intimate fellowship with ourselves a sinning and unrepentant brother, we reveal not the depth of our love but its shallowness, for we are doing what is not for his highest good. A forgiveness which bypasses the need for repentance issues not from love but from sentimentality.

He closes this chapter with these words:

God’s purpose for his people, as revealed in his Word, is that we should live in harmony with himself and with each other. We are called to peace (Col 3:15). We are to seek peace and to pursue it (1 Pt 3:11). Christianity is in essence a religion of peace and of reconciliation. Therefore we must take seriously every situation in which fellowship is marred or broken. . . . We can “make peace” both by confessing our faults to those against whom we have sinned, and by reproving, in order to “restore,” those who have sinned against us. But if these activities are truly to promote peace, they must both be kept entirely private.

Of course that is not the end of the matter. As I have written elsewhere, and as Stott of course also comments on, there is such a thing as public sin, and the need for public rebuke and public confession. But for the moment we are looking at the issue of private sins between brothers.

C. S. Lewis echoes some of these thoughts. As he put it in The Problem of Pain: “The demand that God should forgive such a man while he remains what he is, is based on a confusion between condoning and forgiving. To condone an evil is simply to ignore it, to treat it as if it were good. But forgiveness needs to be accepted as well as offered if it is to be complete: and a man who admits no guilt can accept no forgiveness.”

So the attacks and insults and injuries will continue to come our way, by both nonbelievers as well as believers. But how we deal with them, especially the latter, is of utmost importance.

3 Replies to “On Christian Forgiveness”