One might argue that only a morose and maudlin melancholic or a moody misanthrope would dare to write such a piece (let alone offer such poor alliteration). OK, I confess, I am not exactly Mr Joe Bubbly. But one need not be despondent or depressed to appreciate a major biblical genre.

If the reader is still in the dark as to what I am talking about here, I refer to a major type of biblical literature, namely, the lament. The largest portion of the Psalter comes in the form of lament psalms (complaints, distress and protests). They speak of God’s people asking hard questions, venting their emotions, and even challenging God about evil, suffering and injustice in the world.

We have entire books written on this. Remember the book that follows Jeremiah? The book of Lamentations is part of the biblical canon, and all these laments should be read, studied and appreciated by believers today. But sadly they often are not.

Too often they are simply missing from the contemporary church. To make up for this unfortunate lack, I have written often on these issues in the past. For example, see these three pieces: 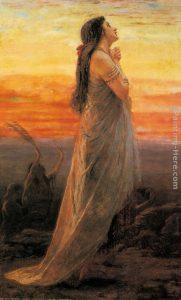 As I discuss in these pieces, the laments are important for various reasons. They are of course fully biblical, so anyone claiming to be a biblical Christian would and should be deeply interested in them. But as mentioned, sadly perhaps most Western Christians today are not.

Indeed, they are embarrassed by the lament, they ignore the lament, and they even question the place of the lament in the Christian’s life – or even in Scripture! All the more reason to spend time with them and seek to restore them to their rightful place in the life of the church, the life of worship, and the life of the believer.

Part of the problem for the loss of the lament is the happy-clappy nature of many churches today. The impression is that only happy thoughts are allowed, and no one should come to church with problems, doubts, cares, fears, worries or complaints.

Indeed, we hear about saying no to “negative confessions” and only thinking happy and uplifting thoughts. It is seen as a lack of faith – and worse – if you say you have concerns, worries, doubts and complaints. This too I have often written about:

If we do lament, we are forced to do so at home, alone. There seems to be no place for corporate lament anymore in so many of our churches. The sufferer must just grin and bear it – he certainly dares not raise it in public worship. We must be upbeat and positive there!

Two books I recently picked up deal with all this and are well worth quoting from. I have long been arguing that we need to develop a theology of suffering, so I was most pleased to grab a volume yesterday with that as a subtitle by Gerald Peterman and Andrew Schmutzer.

In Between Pain and Grace: A Biblical Theology of Suffering (Moody, 2016), Schmutzer has a chapter entitled “Longing to Lament: Returning to the Language of Suffering”. He reminds us of the truth that the 67 lament psalms make up one-third of the Psalter.

There are 42 individual laments, 16 corporate laments, and 9 other laments. That is a lot of lament. And recall that the psalms were sung as worship to God by ancient Israel. It was not just the praise psalms that were part of their corporate worship, but the lament psalms as well.

Towner has not only identified the danger of the marketed church, but our profound dis–ease with engaging suffering in corporate worship, ours or others. In fact, every church attender today – and those who did attend – are keenly aware that expressions of deep personal pain, anger, and suffering are simply not welcome. Is a congregation that is filled with hurting people ever invited “to lament to the God who listens,” as Towner puts it? Who among us has recently been invited into honest lament? Most probably don’t even know what lament is.

The idea that our churches are filled with hurting people yet we hardly allow any of them to express their hurt in public church life really struck me. No wonder so many folks do NOT go to church, or have stopped going to church. He continues:

It appears that we are afraid of others’ pain and so have lost our ear for grief. This lack of honest address for suffering means we also lack the vocabulary to engage misery. Are tearful whispers between friends in secluded church bathrooms really adequate to address our seasons of suffering? Are small groups the only place left to acknowledge pain and fear? Certainly not! Not when everyone knows that week after week, they are standing next to someone at church:
-who is angry with an “absent” God,
-who had another miscarriage,
-who just found out about their spouse’s affair,
-who just lost a parent to cancer,
-who was raped in college,
-who was diagnosed with clinical depression,
-whose teen just attempted suicide,
-whose little sister struggles with anorexia,
-whose business just went under,
-whose sibling returned to alcohol rehab.

It seems that such people are invisible saints in so many of our churches today. It is as if they are not supposed to exist. If they do try to speak out, they are rebuked for ‘not having enough faith,’ or for ‘having sin in their life,’ or for the need to just make a ‘positive confession’ and the like.

As I said, in the face of such inauthenticity and superficiality, no wonder so many people are staying away from such churches. No wonder so many would rather drown out their sorrows with strangers who offer a listening ear at a local pub, than go to a place which seems to be fake and sanctimonious.

Another theologian and Old Testament scholar who has written numerous books and articles on the Psalms and on lament is Walter Brueggemann. In a collection of his journal articles edited by Patrick Miller called The Psalms and the Life of Faith (Augsburg Fortress, 1995), we have more worthwhile thoughts on these issues. In particular, there are three articles which are worth noting:

-“From Hurt to Joy, From Death to Life”
-“The Formfulness of Grief”
-“The Costly Loss of Lament”

Let me quote a bit from the first of these:

It is the lament that preserves for us Israel’s most powerful and eloquent statements of the effort both to survive and to be transformed as a people of faith. The study of the lament can provide important resources for our contemporary work of theology and ministry.
1. The lament manifests Israel at its best, giving authentic expression to the real experiences of life. Israel never wavered concerning the data or substance of its religion, knowing that it had to be about the real experiences of life. A study of the lament may be a corrective for some religion in the church that wishes to withdraw from life as it really is, to pretense and romance in the unreal world of heavenly or holy things. The lament makes clear that faith and worship deal with and are shaped by life as it comes to us.
2. Israel unflinchingly saw and affirmed that life as it comes, along with joy, is beset by hurt, betrayal, loneliness, disease, threat, anxiety, bewilderment, anger, hatred and anguish. The study of the lament may suggest a corrective to the euphoric, celebrative notions of faith that romantically pretend that life is sweetness and joy, even delight….
3. Most importantly, the laments show clearly that biblical faith, as it faces life fully, is uncompromisingly and unembarrassedly dialogic. Israel and Israelites in their hurt have to do with God, and God has to do with them. The laments are addressed to someone! And the hurtful issues must be dealt with precisely in the presence of God. Nowhere but with God does Israel vent its greatest doubt, its bitterest resentments, its deepest anger. Israel knows that one need not fake it or be polite and pretend in the divine presence, nor need one face the hurts alone. In the dialogue, Israel expects to understand what is happening, and even to have it changed.

Sure, the believer must come to God with humility and without presumption. God is God and we are not. But the Bible throughout – especially in the laments – makes it clear that we can come to God with our passions, our concerns, our questions, and even our anger.

There is actually a place for raw honesty if not raw emotion as we interact with our Lord. And guess what? God will not be surprised by our display of emotions, or our list of questions, or our host of fears. If we come to him humbly and respectfully, God will lovingly interact with us.

Like Job, we may not always get the answers we are looking for, but we will end up with a genuine encounter with the living God. Away with our fake worship and our superficial sessions with God. God is looking for his people to be real with him, to be honest with him, and that includes coming to him with our complaints, questions, doubts and grief.

Three cheers for the lament.

18 Replies to “Three Cheers For Lament”