Most Christians have someone in their lives who has inspired them, encouraged them, helped to disciple them, and who they greatly look up to. Often it is a Christian friend or a pastor or someone from a local fellowship. But most believers can point to those who really helped to shape them as a Christ-follower.

Here I want to speak about this, but I am thinking of a slightly different sort of mentor – an historical or intellectual one. That is, someone from the past, or someone that you read, or watch on video, that has had a big impact on your life, especially in the formation of your beliefs and your worldview.

For example, I can easily answer that question of mentors and those who greatly helped me in my spiritual formation, especially on the intellectual side, but on the spiritual as well. As to the former, I was greatly helped early on as a believer when a gal introduced me to two super saints of the mind. 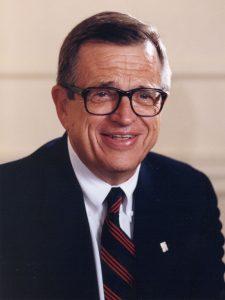 When she loaned me books by C. S. Lewis and Francis Schaeffer, I quickly went out and found all the books of them that I could, and devoured them in quick fashion. They have been part of my spiritual journey ever since, and certainly are part of the foundation of my Christian life.

On the more spiritual and devotional side of things (although both Lewis and Schaeffer can be read that way as well), I soon discovered the church library and read heaps of biographies and autobiographies of great saints past and present. As I have stated before, doing that can spoil you for life.

It raises the bar high, and you really do become dissatisfied with anything second best. You learn about mighty men and women of God who did great exploits for God, and you are inspired to do the same. You just do not want to settle for the ordinary and the mundane, spiritually speaking, after reading these sorts of books.

Of course another Christian who I have greatly admired and learned much from is the late Charles Colson (1931-2012). The famous politician involved in the Watergate scandal became one of our great Christian apologists and activists. I have written about him elsewhere: billmuehlenberg.com/2012/04/22/notable-christians-charles-colson/

I have over a dozen of his books, and just the other day I picked up a newish biography of him: The Colson Way by Owen Strachan (Nelson Books, 2015). It is a terrific volume. He says it seeks to do two things: “It tells the overall story of Colson’s life with special reference to the motivation and accomplishments of his public-square work. Second, it forms this historical material into a compelling model for Christian public witness and cultural engagement.”

In it is a chapter which especially appealed to me: it is on his spiritual and theological roots. Who were the Christians that helped shape his mind, worldview and ministry? The five main folks mentioned come as no surprise, and they all have been foundational to my life as well.

He was a gung-ho kind of guy, and when released from prison he became very active in Christian ministry almost from the start. But he knew he had limited biblical and theological training, yet he was already far too busy to go to seminary.

It was a young staffer Michael Cromartie who began introducing him to important Christian thinkers and authors. This included face-to-face meetings as well as reading their books. The older theologians he recommended to Colson included Augustine, Calvin, Luther, Wesley, Edwards and others.

The truth is, leaders are readers, and Colson was such an important Christian leader in large part because he was such a voracious reader and learner. Says Strachan: “Cromartie’s encouragement launched Colson into a lifelong self-education project. Colson hungered to learn more and identified a range of thinkers and leaders whose writings and deeds could instruct him.”

The five key thinkers who would have such a massive impact on his life and ministry were:

These are of course household names to me and millions of other Christians. Probably all up I would have 100 books by and about these five great saints. They hugely influenced me as they did Colson. Of course other greats from the past had a huge impact on Colson (and myself), including men such as C. S. Lewis, Solzhenitsyn, and Bonhoeffer.

It was Lewis’ massively important book Mere Christianity that featured so prominently in Colson’s own conversion when he was 42 years old, just before going to prison. Colson knew the value of reading and he read much, even while so very busy with ministry of all different sorts.

Sitting at the feet of these great saints – whether literally or figuratively – had a profound impact on the man and his ministry. Says Strachan:

This cadre of thinkers and leaders provided Colson with a circle of like-minded ministry partners with whom he could converse, whether in person or through their writings, and from whom he could gain inspiration when he grew weary or discouraged. Without his mentors, dead and living, Colson would still have been proficient in the activity of ministry, to be sure. He would have lacked, however, a council of advisors and a pantheon of heroes who had themselves taken up arduous and often lonely work for the glory of God. Colson helped popularize these writers…

Colson’s trajectory is instructive for modern Christians. As he grew as a believer, he was not content to study the bible at a basic level for the rest of his life. He placed himself at the feet of gifted teachers and leaders in an effort to learn from them. The goal of his education was not to out-argue people. It was not to heap up book learning to make conversation partners feel inferior. Colson recognized that in studying theology and history, he was learning more about God and the world he had made. This was the most valuable enterprise a person could undertake. What was more meaningful than beholding the glory of God as revealed in his Word?…

At the feet of several wise and godly tutors, Chuck Colson uncovered the exhilaration of a God-driven existence. He recognized, in a moment of humility, that the study of God and his world was not for the ivory tower. It was for the pew. Theology, he saw, is calibrated for action. Every Christian stands to benefit immeasurably from knowing God more. Making our way through a fallen world is not a quiet or calm experience, after all. We all need a foundation. We will be stronger believers, and more effective in ministry, when we have one.

What can I say to that except a hearty “Amen”. We all need mentors, and that includes intellectual and theological ones. And reading is a big part of the mentoring process. I praise God for Colson and the impact that he had on my life, as well as the other champions who so greatly influenced the both of us.

2 Replies to “Who Is Your Spiritual Mentor?”