No, I am not asking some sort of weird existentialist question here, or anything too strange. I am really just asking this: if you had died young, or were not born at all, would it have made a notable difference in this world? Would your absence have made much of an impact on anyone else?

I guess what I am doing here is asking you to assess your life in the light of eternity. Have you left a godly spiritual footprint behind? Have you lived in such a way that many lives were touched that otherwise would not have been? Would your absence have had a real impact on others? 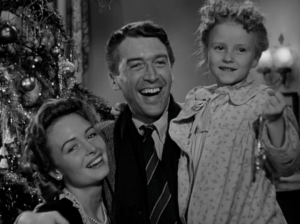 I ask all this because last night a memory of something I did long ago came back to me. I have recalled it a few times before, but I thought about it quite a bit last night. My recollection was this: as a young boy I almost got killed. The episode went something like this:

I was maybe seven or eight or so and out with a few friends on our bicycles. For some reason I thought it would be neat to speed through one alley, zoom across the street, and keep going in the next alley. So I did, only to hear a car slamming on its brakes and beeping its horn just metres away from me.

Had I entered the street a second earlier, or had the driver been less alert, I could easily have been killed. It shook me up for a while afterwards, not so much because I might have been road kill, but because I knew it was a bad and foolish thing to have done.

So that recollection last night got me thinking about my life and my Christian ministry. I simply had to work backwards from the present till then (a period of well over five decades) to see all the obvious changes. Let me share a few of them here. The first and most obvious one is this: you would not be reading this article right now!

Indeed, you would not have read any of the other 4367 articles I wrote. There would be no such thing as CultureWatch. So any article of mine that made an impact on you for good or ill would not have existed. Any talk I gave, any interview I did, any book I wrote, or any media appearance I was part of would not have taken place.

I certainly would have been a non-entity in Australia, and only a few Americans, such as my brother and sister, might still think about me now and then. Needless to say the Australian woman who met me in Europe and eventually married me would not have done so. She would either have found someone else to marry, or remained single.

My three children would of course not exist. And perhaps some of my old hippy friends would not have become Christians back in America, since I was the first one in our group to do so. Various ministries I was involved in, Bible studies that I led over the years, and small groups and discipleship groups also would not have occurred – at least not with me.

All sorts of things would have been different. Some would have been somewhat inconsequential, such as fewer Krispy Kreme donuts sold, fewer Costco laksas sold, or quite a few less books sold! Some Christian bookstores would have fared less well because of my absence!

So it would have been a mixed bag to be honest. But hopefully my life did some good over the years, mainly for Christ and the kingdom. One day obviously I will know full well just how good or bad my life was altogether when I stand before my maker and my judge.

But spending a bit of time now looking back over your life may not be a bad idea. Maybe some course directions are needed. Maybe various attitude adjustments are needed. Maybe even career paths or ministry works need to be reconsidered.

A spiritual check-up is always useful. It helps to give us perspective and hopefully helps us to make any necessary changes. And for those who are bummed out and discouraged, thinking their life has been a waste, such an assessment also can be quite helpful.

We have an obvious example of this in one classic movie from long ago. James Stewart and Donna Reed starred in the 1946 Frank Capra film, It’s a Wonderful Life. Stewart plays George Bailey who is depressed and suicidal. He thinks everyone including himself would have been better off had he never been born.

So he is about to take his life on Christmas Eve. Thankfully some divine intervention occurs: his guardian angel Clarence appears and shows him all the people he has made a positive impact on over the years, and how very different things would be like if he had never been born.

Says Clarence: “Strange, isn’t it? Each man’s life touches so many other lives. When he isn’t around he leaves an awful hole, doesn’t he?” Now just in case you are one of those rare birds that have not yet seen the film, I will not give any more away, but yes it does have a happy ending.

Would that we all could have such a close look at our lives and the impact we have had before we die. And on a much bigger scale we could ask, What if Jesus had never been born? And of course there is a 1994 book with that very title by D. James Kennedy. It is one of a number of books that have looked at this theme. See here for more such titles: billmuehlenberg.com/2018/02/03/review-unimaginable-jeremiah-johnstone/

There is no question that the world would be unrecognisable if Jesus had not been born. But the question for you and I is how different would the world be if we were not born, or died very early on. It is good to stop once in a while and to take a spiritual check-up.

We need to periodically take stock of where we are at and what sort of life we are living, especially in light of eternity. And we always need to remember that every day we live is a day of grace. We need to spend each day wisely. Time is short. We will soon be gone.

The Bible often speaks to these basic truths. Consider just two familiar passages from the psalmist:

Show me, Lord, my life’s end
and the number of my days;
let me know how fleeting my life is.
You have made my days a mere handbreadth;
the span of my years is as nothing before you.
Everyone is but a breath,
even those who seem secure. (Psalm 39:4-5)

So teach us to number our days,
That we may present to You a heart of wisdom.
And I said, “What shall I cry?”
“All people are like grass,
and all their faithfulness is like the flowers of the field.
The grass withers and the flowers fall,
because the breath of the Lord blows on them.
Surely the people are grass.
The grass withers and the flowers fall,
but the word of our God endures forever.” (Psalm 90:12)

We should not wait until judgment day to have a thorough assessment and evaluation of how we are living our lives. We need to take time out of our busy schedules once in a while to do a spiritual stocktake. We need to see just what sort of impact we are making on others.

I encourage you to stop what you are doing and prayerfully consider your life, asking God to highlight where you are at, and to pinpoint any changes or adjustments that need to be made. You will be glad you did.

10 Replies to “What If You Had Not Existed?”