Autobiographical preface: for a guy who is involved in controversy all the time, the truth is, I really don’t like controversy! As I have said before, I would much rather just quietly sit at home and read a book, maybe with a cat on my lap.

That would be just fine by me. But I am called to do the work of CultureWatch, and that of necessity results in plenty of controversy, debate, polemics and at times heated exchanges. As I have also said before, I don’t always get it right in this regard, and sadly I have not always represented my Lord as well as I could have over the years. So keep me in your prayers please.

But since I deal with every hot potato issue under the sun – or so it seems – constant warfare will be my constant lot I suppose. But leaving aside all the obvious controversies and battles associated with interacting with non-Christians, there is plenty of trench warfare going on just within Christian circles. 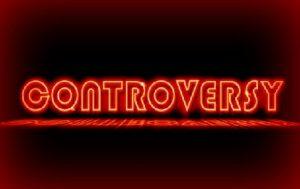 I have often written about this, and said that truth matters, and some things must be defended. But I have also said that some things are less important, and we can maybe be a bit more easy going about them. But folks even disagree as to what is and what is not important. Too many major in minors.

And with things like the social media, all this can so easily spin out of control. For example, when I post something controversial there, I will almost always get folks on one side of the debate coming to pick a fight, if not hurl anathemas at me. But even more worrying, so often folks on the opposite side of the debate will also pick a fight with me and denounce me as a heretic!

Oh dear… You just can’t win sometimes. Thus I can fully understand why most folks avoid posting anything controversial at all. They much prefer a quiet and peaceful life over nonstop warfare. I can’t really blame them I guess. I wish I could just opt out as well.

And then I may say that I really do not want to start another major war, and I urge some restraint from all sides, but people completely ignore me and come to start – yep – another major war. That too warrants some serious facepalms. No matter how many pleas I may make to not go crazy on some issue, folks will do so anyway. So much for respecting my wishes, cutting me some slack, and showing me some Christian grace!

Sometimes I get nostalgic for the old days: At least when I painted houses for a living I did not have the houses trying to pick a fight with me, get upset with me, and want to blast me. Maybe I should go back to my old trade. Things were a whole lot more quiet and restful back then!

Needless to say, I certainly do not avoid controversial stuff when it needs to be discussed. That should be clear. But with some issues – although vital – we may need to seek some peaceful relations amongst believers when and where possible. But that is just too difficult for some believers it seems. They prefer going to war. Hmm. where is that old paint brush?

Controversy is inescapable. But the key is to discern which battles must be engaged in at which times, and which can be let go of. Of course most folks are convinced that their particular issue or pet peeve MUST be defended and promoted at all costs. So even there it is hard to find common ground.

But I have written about these matters often in the past. Here I just want to add some further thoughts from an author I admire. I just recently picked up a collection of addresses by Iain Murray entitled Evangelical Holiness (Banner of Truth, 2013).

Chapter 4 is on “The Benefits and Dangers of Controversy”. He begins by quoting the great J. Gresham Machen, so let me offer the fuller version of that quote here:

If we face the real situation in the Church and in the world, and decide, despite that situation, to stand firmly for the gospel of Christ, we shall be very likely indeed to find ourselves engaged in controversy. But if we are going to avoid controversy, we might as well close our Bibles; for the New Testament is a controversial book practically from beginning to end. The New Testament writers and our Lord Himself presented truth in sharp contrast with error, and indeed that is the only way in which truth can be presented in any clear and ringing way. I do not know all the things that will happen when the great revival sweeps over the Church, the great revival for which we long. Certainly I do not know when that revival will come; its coming stands in the Spirit’s power. But about one thing that will happen when that blessing comes I think we can be fairly sure. When a great and true revival comes in the Church, the present miserable, feeble talk about avoidance of controversy on the part of the servants of Jesus Christ will all be swept away as with a mighty flood.

While I am at it, let me quote him once more, this time from a 1926 address: “I sometimes think that those who decry controversy have never read history at all, and certainly have never read the Word of God. The New Testament (Gospels as well as Epistles) is a controversial book almost from beginning to end; truth in it is always set forth in contrast to error.”

But let me return to Murray. He notes various controversies that were turning points in church history, and then looks at two advantages of controversy:

1. Controversy leads to closer and clearer definitions of the truth.
2. Controversy has brought divisions that are a blessing to the world.

Sometimes such divisions have been necessary to preserve truth and to ensure spiritual vitality. He then – and just as importantly – lists five dangers of controversy:

All five of these points are excellent, and what he has to say about each one is well worth reading. For example, let’s hear more about what he says regarding point three. Truth is not the only priority, he reminds us, and there is a real need for seeking to be peacemakers:

The Christian life is more than a matter of knowledge and correct thinking. Spiritual life does not reside only in the intellect. A person can hold the right beliefs and not be a Christian at all. Where there is the new birth there is not only light to the mind, but love in the heart and grace in the spirit. Orthodox belief is not the only mark of true Christianity…. When disputes and differences arise they are not likely to be solved only by argument. Supernatural aid is needed.

Amen! That quote alone is worth the price of the book. Murray next looks at John Newton, the former slave ship captain and friend of William Wilberforce, as an example of a peacemaker. He says:

He lived at a time when there were some sharp disputes between evangelical Christians, and he stressed the catholicity that should mark all who belong to Christ: “I profess myself to be of no party and to love all of every party who love the Lord in sincerity. If they preach the truth in love, live as they preach, and are wise and watchful to win souls, and to feed the flock, I care not much whether they are called Presbyterians, Congregationalists…”

He notes that Newton did not shy away from controversy when it was needed however: “Newton was not the kind of easy-going pacifist who did not believe in controversy at all.” Murray ends his address with six concluding thoughts:

1. Men need to know themselves.
2. It is essential that time and energy be given to the main things.
3. In all controversy unnecessary adverse comment on persons is to be avoided, and likewise the use of perjorative names and titles.
4. Brotherly love and humility are the great antidotes to wrong controversies.
5. This subject enforces our need of repentance.
6. Wrong words arise from wrong thinking.

There is a lot of sound advice and wise counsel to be found in those words, as in this entire chapter. It is well worth getting the book and enjoying all that is found therein. If no one else needs to learn here, I most certainly do. As mentioned, I often get things wrong, and I need to become more Christlike, more wise, and more loving as I deal with controversy.

Controversies will not go away, but how we deal with them makes all the difference. And as always, getting the biblical balance right is always essential. Some folks fight all the time over everything, while other believers avoid any and all controversy like the plague.

Both extremes must be avoided. Both hardcore pugilists and hardcore pacifists have no place in the body of Christ when it comes to dealing with controversy. Lord, teach us your ways, and guide us with your Spirit in all this. Amen.

9 Replies to “On Controversy”