The last 16 books in the English Old Testament are made up of the prophetic writings: 4 major and 12 minor – so called because of their size, not their importance. Four major prophetic books (Isaiah, Jeremiah, Ezekiel, Daniel), and twelve minor prophets were all written about 760 to 460 B.C.

There are various ways to categorise the prophetic writings. One way is to arrange them in rough chronological order. This is mainly done in terms of where they stand in relation to the exile. That is, were they ministering before the exile, during the exile, or after the exile? We then have three primary groupings: 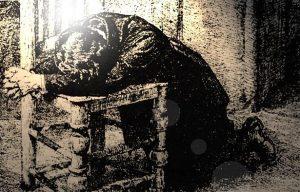 Another key way to categorise the prophets is in terms of where or to whom they ministered. Thus we can list them in terms of geographical order:

The prophets, foretelling, and telling forth

When we hear the word “prophet” we often think in terms of prophecy, that is, foretelling, or predicting the future. While the prophets often do tell us what is to come, it is more accurate to say that the prophets were mainly engaged in telling forth.

That is, while predictive prophecy is found throughout the prophetic writings, much of their words were directed at Israel and the nations, in terms of their sin and so on. They spoke into the current situation, urging repentance for disobedience and the like.

As Klein, Blomberg, and Hubbard put it in their Introduction to Biblical Interpretation:

Traditionally, one describes the content of prophecy under the terms forth-telling and foretelling. Better known, foretelling refers specifically to predictive prophecy—the prophets’ predictions about the future. This is what comes to mind when most people think of biblical prophecy. They equate prophecy with predictions about the distant future, especially those about Christ and the “end times.” Contrary to popular impression, however, very little of OT prophecy is predictive prophecy.

As Gordon Fee and Douglas Stuart remark, most Christians

refer to the Prophets only for prediction about the coming of Jesus and/or certain features of the New Covenant age – as though prediction of events far distant from their own day was the main concern of the Prophets. In fact, using the Prophets in this way is highly selective. Consider in this connection the following statistics: Less than 2 percent of Old Testament prophecy is messianic. Less than 5 percent specifically describes the New Covenant age. Less than 1 percent concerns events yet to come. The prophets did indeed announce the future. But it was usually the immediate future of Israel, Judah, and other nations surrounding them that they announced rather than our future.

As to telling forth – the great bulk of the prophetic burden – we can roughly say that the prophets have two main missions: to comfort the afflicted, and to afflict the comfortable. Both tasks were needed, but as we read through the prophets, we tend to find more of the latter than the former.

Because the false prophets always told the people what they wanted to hear instead of what they needed to hear, the real prophets of God often had to be the bearers of bad news. Books like Jeremiah certainly seem laden with gloom and doom, but even the most severe rebukes and warnings of judgment to come often contain at least some glimmers of hope.

Two categories of message were common: messages of challenge, when the people were sinning, and messages of comfort, when they were doing right. If the messages generally seem more negative, this is because God usually needed to speak when there were problems. So many of the prophetical messages are challenge rather than comfort. In the book of Isaiah the first half is challenge and the second half is comfort.

So the bulk of the prophetic task was to rebuke or to comfort. While events far into the future are mentioned in various places in the prophetic books, the main portion of the prophets’ writings has to do with the here and now of when the prophets lived. They are especially concerned that Israel will keep its covenant obligations. And that leads me to the next section.

The prophets and the covenant

We must understand the prophets in light of the Mosaic covenant as found in the Pentateuch. The prophets have been called God’s covenant enforcement agents. Basically all that they do and say is based on the covenant Yahweh established with Israel long ago.

“The prophets,” as Fee and Stuart put it “were covenant enforcement mediators”. They continually remind Israel and Judah of their condition vis a vis their keeping of the covenant. If Israel is keeping its covenant commitments in loving obedience, blessings will follow.

But if they disobey and turn their backs on the covenant they entered into with God, then curses will surely follow. And the chief curse was the exile. Fee and Stuart continue:

What is important is that God does not merely give His Law, but He enforces it. Positive enforcement is blessing; negative enforcement is curse. This is where the prophets come in. God announced the enforcement (positive and negative) of His Law through them, so that the events of blessing or curse would be clearly understood by his people.

As Douglas Stuart puts it in his Hosea-Jonah commentary,

A careful reading of Lev 26, Deut 4, and Deut 28-32 reveals that the ultimate national fate for a disobedient Israel will be defeat in war, capture, and exile. Most of the covenant curses revolve around or lead up to that fate, and most of the covenant restoration blessings involve restoration from it. . . .The curses of Lev 26 and Deut 28-32 are a package, referring to a single era of judgement.

It is imperative that we remind ourselves of their place in the relationship between Yahweh and Israel, for this relationship colours the way we interpret the rest of the OT and indeed the rest of Scripture. As John Hartley reminds us in his commentary on Leviticus, this section “on blessings and curses is a key to understanding other portions of the OT. The prophets often interpreted Israel’s present experience and destiny in light of the covenant”. He goes on to say this:

Numerous OT passages, especially in the prophets, assume the people’s knowledge that specific blessings accompany obedience to the law and specific curses disobedience. . . [P]rophetic preaching did not create a new idea, nor did it take place in a vacuum. Rather by such bold preaching the prophet interpreted the contemporary situation in light of the received law in order to lead the people to repentance.

J. G. McConville in his Deuteronomy commentary puts it this way: “Blessing and curse are the rubric under which all OT history is written”. Or as Tremper Longman expresses it, “these blessings and curses drive much of what follows in the rest of the Old Testament canon”. Thus to properly understand the prophetic message we must understand Israel’s past in general, and the Mosaic covenant in particular.

There is plenty to read on the prophets, the prophetic literature, and how to understand their prophecies. A brief bibliography on the prophets would include these helpful volumes:

Future articles on the 16 prophetic books will each have their own bibliographies as well.