Dealing with those who insist on killing babies is seldom easy, and a good part of this is because most pro-aborts do not deal with facts or reason or rationality or evidence. They deal in emotion, anger and tired clichés. Of course these clichés have been answered countless times already, but they keep throwing them up nonetheless.

All the science, the facts, and the core concerns of humanity are with the prolife camp. The other side only has anger, rage, vitriol, emotion and brainless rhetoric to throw our way. I have encountered this time and time again. There is no debate to be had with these folks. They are incapable of actual debate. 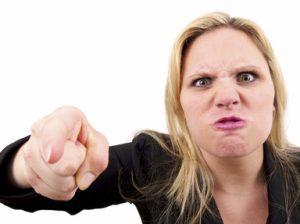 Consider a recent example of this. A friend of mine on the social media asked me to join in with a debate he was having with three angry feminist pro-aborts. He had posted a perfectly sensible meme about choice hardly having anything to do with the pro-abortionists’ cause.

These three women launched into a frenzied attack on my friend. They condemned him in no uncertain terms, telling him he never should have posted this. They ran with all the usual tired clichés: “it was written by a man;” “you can’t judge us;” “it’s not a real baby,” etc., etc.

I posted this rather general comment to help assist my friend:

Your friends are big on rage and emotion but weak on facts and evidence. Hard cases (rape and incest, eg) make up only a tiny fraction of all abortions, comprising less than 1 per cent. Thus 99 per cent of abortions are really cases of after-the-fact contraception. Since abortion kills a tiny member of the human race (yes, a real baby, a real person – no mother ever says when she is pregnant, “I have a blob of cells!”), there is no compelling moral or philosophical justification for legalised abortion.

Then the three turned their guns on me! Oh dear, the fireworks began. So I tried to reply to each one in a calm manner, but that only got them more incensed. As to the silly charge about dismissing the words found in the meme because a man had said it, I replied:

“There are plenty of women who oppose baby killing – one might as well say we cannot oppose the Nazis unless we are Jewish – not very helpful!” One gal answered: “the point I was trying to make is that you blokes do not have a uterus therefore, you never have to make that dreadful decision.”

To which I responded:

That is about as useless as saying that because you women do not have a penis, you will never be in a man’s shoes as to raping someone, so you must just remain silent – a foolish argument! If something is wrong (and killing innocent babies is wrong) then it does not matter a hill of beans who is condemning it or who is talking about it. One might as well say that only Jews – and no one else – can condemn the Nazis.

Her next reply revealed a high level of intelligent reasoning: “biligarant Billy…..you don’t want a discussion you just want a platform to listen to your own knowledge….now bugger off”. To which I said, “Refusing knowledge and facts is what is dangerous here – and telling others to get lost is the epitome of those whose minds are closed and are unable to make their case. You prove our point sadly.”

Another gal also pushed this silly line and went on to say: “the point we are making is that men cannot abort…but in effect abort millions of babies when they mastabate. It is very easy to pass judgement on peoples choices when you are male….so mind your own business and pray about the issue that is your job….not lecturing or judging people.”

Oh dear! I answered her as follows:

Standing up for those who are being killed by the millions is not judging. It is called having human conscience and compassion and a concern for justice – something we all should have. And you may need to take a refresher course in basic biology. A sperm is NOT a human being. Only when sperm and egg unite do we get a completely new human being with its own distinct DNA, comprised of 46 chromosomes – 23 from each parent. I don’t think someone who knows so little about the basics of human life should be lecturing us here! And it is you of course who decided NOT to mind your own business by coming here and attacking us!

And if I see a toddler being raped next door, I most certainly will NOT just pray about it and ‘mind my own business’. I will do everything I can to rescue that toddler. And I will do exactly the same with unborn babies being led to the slaughter.

Another gal said this in part: “To me they are not not babies at such an early stage of termination, they can’t survive outside of the womb. I’m shocked you would put this post up.” I answered: “A one-year-old also cannot survive without direct help and protection from others – should we be able to bump them off as well because they are unwanted?”

One of the other women also offered this old canard: “It’s an offensive post, I don’t agree. You can’t judge a person without walking in their shoes.” To which I replied: “I am sure there are plenty of child molesters out there who really do feel that they are being misunderstood. “Hey, you don’t know what it is like for me to be this way. Walk a mile in my shoes, see what I see, feel what I feel, THEN maybe you’ll understand why I do what I do, ‘till then don’t judge me’.”

She got upset with that, so I further answered: “Oh, you object to seeing the logic of YOUR OWN position being carried out? – that would be your problem then, not mine!” So you get the drift here. These folks have no arguments, no sound reasoning, no evidence. They simply emote and get angrier and angrier as you seek to answer their baseless claims and reckless accusations.

Sadly this is found all over the West alas. Let me conclude by turning to an American counterpart to all this. One American feminist has been offering the same ridiculous arguments – and worse. Consider what the Rev. Dr. Donna Schaper, senior minister at Judson Memorial Church in New York City recently said in an interview:

The first thing I want to say is that if men bore children, abortion would be a sacrament. It’s sexism that doesn’t allow a woman to use a perfectly ordinary reproductive technology. I’ve had two abortions and was back to work in the afternoon. That doesn’t mean they were inconsequential to me. They were profoundly positive experiences of exercising my humanity and my freedom.

Wow, if this is not a case of Orwellian Doublespeak, nothing is. A “positive experience”? For who exactly? Certainly not the baby! And “exercising my humanity and my freedom”? Really? The freedom of the babies was violently ripped away from them. That is somehow affirming humanity? But hey, at least she could get back to her career in the afternoon, having just left the killing fields with a clear conscience!

And even more mindboggling, she said that if Roe v Wade is overturned, she and others will hand out abortifacients in the churches! Really! She said this:

The thing most of us have been talking about is to encourage the use of medical technology, the morning after pills and very good new drugs. We need to get some wise pharmaceutical company to make money off distributing them so people don’t need abortions, and/or smuggling the drugs in from Mexico and Canada. There are already very interesting groups of women my age feeling we could take the risk of loading up our vans to take road trips and give them out at churches. We’d see what kind of legal trouble one could get into because the drugs would be given away and are legal in Mexico and Canada.

This is not a Christian leader – this is a demonic feminist and pro-deather who needs to repent real soon. But this is the illogic, the hatred of life, and the mindless activism of the pro-abortion lobby. They hate life and they hate humanity. They worship at their false god of “choice”. And they are leading so many to a lost eternity.

I was told that at least one of the three women I interacted with above claimed to be a Christian. Oh dear. We expect pagans to give us their emotive pro-death clichés and rhetoric, but people calling themselves Christ-followers? This is simply more wolves in sheep’s clothing yet again.

And when we have so-called pastors such as Schaper, you know the enemy is taking over far too much of the Christian church. It is the same with the homosexual activists infiltrating and subverting our churches. Both groups are making real headway, while most believers are asleep at the wheel.

This is why the church keeps losing. Lord have mercy.