When I consider some of my all-time favourite Christians of relatively recent times (men such as J. C. Ryle, Charles Spurgeon, Martyn Lloyd-Jones, and J. I. Packer) I have to immediately think of the Puritans, since these four – and so many others – were so heavily influenced by, steeped in, devoted to, and dependent on, the Puritans.

Packer says this about the Puritans: “The Puritans grasped the New Testament notion of spiritual health – Christ-centred faith, hope and love expressed in good works; assurance, peace, and joy; a heart and mind constantly engaged in praise and thanksgiving; and zeal for God’s kingdom and glory, leading to purposeful and energetic action.”

I have written before about the Puritans. See here for some more background to these influential Christians:
billmuehlenberg.com/2013/01/25/the-puritans/

Consider some of the great Puritans. Let me list ten of them chronologically, and offer just one of their main works each: 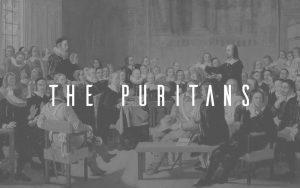 Here I want to simply look at two individuals who were greatly influenced by the Puritans. The first one comes as no surprise, while the second one will likely surprise most people. The first is the great J. I. Packer (born in 1926). Early on in his life – and partly by accident – he came to know and love the Puritans.

The story is told in various places, including in Alister McGrath’s 1997 biography. He mentions that very few Puritan works were in print at the time. However, an elderly clergyman who was going blind had donated his entire library – with many great Puritan titles – to the Oxford Inter-Collegiate Christian Union in 1944.

At first no one seemed to know what to do with them, and they were just piled up in a basement. But the 18-year-old Packer, who was a junior librarian for the OICCU, took a keen interest in them. Says McGrath:

As Packer sorted through the dusty piles of old books in the basement of the North Gate Hall, he came across an uncut set of the edition of the writings of the Puritan divine John Owen (1616–83) which had been published in twenty-four volumes by W.H. Goold during the years 1850–5.

Although the pages had never been cut open, the contents of each volume were printed on the spine. As Packer browsed through the contents of the series, he was pulled up sharply by the titles of two treatises in volume 6—’On Indwelling Sin in Believers’ and ‘On the Mortification of Sin in Believers’. These titles seemed to promise a very different approach from that offered by the Keswick teachers. At this stage, Packer had become intensely aware of his own failings and character defects, and he felt the inadequacy of the ‘victorious living’ approach. There was a serious tension between the man he was, and the man he wanted to be—and Keswick had no answers to this dilemma.

Intrigued, Packer began to cut the pages of Owen’s writings, and to read what he found. Immediately, he found himself challenged by the realism of Owen’s analysis both of the problems arising from ‘indwelling sin’ and of the means of dealing with it (referred to by Owen as ‘mortification’).

That in good measure is how Packer discovered the Puritans, and how that influence was to stay with him for the rest of his life. Says McGrath, “So important was his discovery that he subsequently went on in his third year to type out a twenty-page précis of Owen’s arguments, which he circulated to his friends.”

The second man I want to look at is David Wilkerson. And let me bring in another individual right away as well: Leonard Ravenhill. Hmm, a fiery Pentecostal preacher and evangelist, and a fiery holiness preacher and revivalist. What do they have to do with the Puritans?

I too was quite surprised when I learned about the connection, so let me explain. Some years ago I read a biography of the amazing Wilkerson. In his 2014 biography of his father, Gary Wilkerson had a very interesting section dealing with both Wilkerson and Ravenhill. I have already written about the particular issue: billmuehlenberg.com/2015/04/15/time-to-raise-the-bar/

But let me deal with it again here. So important is the episode that twice in the book it is discussed (pp. 28-30 and 233-236). Those who think of the Holy Ghost-empowered man of God who had such an incredible ministry (just think of The Cross and the Switchblade for example) may be shocked to learn something revealed in the book early on by his son.

Wilkerson was often despondent and depressed, and amazingly, throughout much of his life he doubted that God actually loved him! Wow. Who would have guessed it? And yet a good part of how all that was turned around had to do with the Puritans.

As Gary explains, while in his eighties, and still travelling the world to preach the gospel, he really had lost heart to do so. He felt he had nothing to give and nothing to say. Just as he was about to go on another major crusade, a car pulled up in the driveway.

In it was his friend Leonard Ravenhill. He had a large sack with him, which he gave to Wilkerson. The sensitive and discerning Ravenhill knew what was needed. He said this: “David, I have something for you to read. This is your future. Read it and it will change your life.”

And the contents? A large collection of books by the Puritans. The classic works by the Puritan divines had an incredible impact on the elderly Wilkerson. He read them as he travelled and each volume struck him to the core. Let me allow his son to tell the story:

As my father dug into those treasures, his heart opened to a new revelation of Christ. Grace awakened him, coming alive in a way he had never known. The old books stirred him once again to study the Scriptures cover to cover, this time with a new understanding of the gospel. As he explored the full extent of the finished work of Christ, he experienced joy….

The eye-opening truths Dad gained from the Puritans involved the breath, depth, and unfathomable scope of the work of Christ – and that Jesus’ work is all-sufficient for us….

Dad’s reading was no longer just fuel for ministry. He realized he needed something for his own soul – a sense of awe at what Christ had done – and the Puritans supplied it. I would peek into a book on my dad’s desk, and almost every sentence was underlined with a phrase written in the margins: “This is the key!” The key he was discovering was “My Father loves me! He accepts me, and I am pleasing to him.”

This was a radically new perspective for Dad.

Wow. If the Puritans can have that sort of impact on such a man of God as Wilkerson, they can have the same impact on anyone. I suggest you all start digging into the Puritans. For those who want to ease in slowly, the first article I linked to above has a recommended reading list of many helpful books which introduce you to the Puritans, their thought, their writings, and their impact.

Let me add just one more title not found in my earlier bibliography:

Happy reading. May it be a life-transforming event.

7 Replies to “In Praise of the Puritans”