One of the more ominous and oft-heard warnings found in the New Testament is that of apostasy and falling away, especially in the last days. People claiming to be Christians will fall for deceiving spirits and doctrines of demons; false prophets and teachers will abound; and people will believe lies instead of the truth.

An obvious way in which this will occur is when so-called believers actually seek to make the case for sin. They will justify sin, make excuses for it, and try to turn sin into a virtue. They will flatly deny the clear teachings of Scripture as they jump into bed with the world and its immoral agenda.

Celebrating vice while attacking virtue is a hallmark of a reprobate culture and a church that has lost its way. But we see this occurring throughout the West, and perhaps no greater example of it has to do with all things homosexual. How many “Christians” have now fully and proudly jumped onto the homosexual bandwagon? 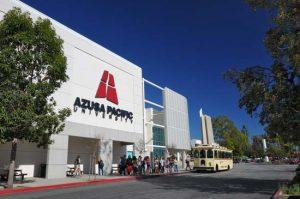 Just a few short decades ago almost no Christian would even suggest that something like homosexuality could ever be countenanced, accepted and embraced. But now we have deceived believers or faux Christians making it their number one cause.

You will not hear them talk about sin and judgment to come. All you will hear is how we must accept and promote homosexuals, all in the name of totally unbiblical notions of “love” and “acceptance”. The Bible-denying, Scripture-twisting and theology-distorting regimen is off the charts with these folks.

This has happened with individual Christians, with churches, with denominations, and various institutions. Of late we have witnessed a number of Christian colleges which have been massively caving in on this issue. Just a month ago I wrote about an evangelical school in Canada which has started to buckle big time on this issue: billmuehlenberg.com/2018/08/16/there-goes-another-one-rainbow-capitulation/

So now we find another “Christian” college turning its back on clear biblical teachings, all in the name of being ‘nice’ and ‘loving’ and ‘inclusive’. Here is how one report covers this sad story:

A Christian university in California will no longer prohibit homosexual relationships on campus, and has agreed to student activists’ demands to create a campus “safe space” for LGBT students. Azusa Pacific University (APU) teaches almost 10,000 students per year in an environment it claims “affirms the supremacy of Christ in all areas of life.” But the student newspaper Zu Media reports that the school has removed language from its Student Standards of Conduct prohibiting homosexual relationships on campus.

The document still forbids “sexual intimacy outside the context of marriage,” which APU’s Identity Statement on Human Sexuality defines as a “covenant between a man and a woman.” But LGBT-identifying students, who had previously met off-campus for the unofficial support club Haven, argued that specifically mentioning homosexuality unfairly singled them out.

The school accepted their claims, with Associate Dean of Students Bill Fiala explaining that the revised text “creates one standard for all undergraduate students, as opposed to differential standards for different groups.” He claimed the change didn’t change APU’s “identity as a Christian institution” or its “conservative, evangelical perspective on human sexuality.”

“Our values for the pilot program are inclusivity, love, bravery. Our goals are care, connection and conversation. These all seem like Christian values to me,” Fiala continued. “I believe that our program’s mission is alignment with the values of the university in caring for students and creating conversation about difficult topics.”

The dean gave no indication that helping students overcome homosexual attraction or gender confusion would be part of the program, instead articulating a decidedly more secular interpretation of love. “I’m not a big fan of who’s right and who’s wrong in this conversation, I’m a big fan of caring for people,” he said.
www.lifesitenews.com/news/evangelical-college-drops-ban-on-homosexual-relationships-plans-lgbt-safe-s

“Caring”. Hmm, caring people to hell. Gotta love that sort of care. Telling people they are just fine as they are, when the Word of God says the opposite, is hardly caring. It is simply a lie from the pits of hell. And I am not singling out homosexuals here. Every single one of us is a lost sinner, totally fixated on self, headed to a lost eternity.

Until we agree with God about our condition, repent and flee to Christ, we are in a precarious place. Lying to homosexuals about their sin is the epitome of hate, not care and love. It is whispering the devil’s lies into those who desperately need to hear the truth.

Thankfully not everyone was thrilled with this latest case of compromise and capitulation. Ex-homosexuals on the social media spoke out on this. For example, Janet Boynes of Janet Boynes Ministries in America said this: “Caring for people doesn’t mean we compromise the gospel.”

And Anne Paulk, Executive Director of Restored Hope Network put it this way:

Azuza Pacific is now in the business of same sex romantic relationships. Whatever happened to not encouraging tempation to sin? Well, Azusa’s administration apparently thinks it is no big deal now and has been meeting weekly with GLBT groups for some time.

And why are they not encouraging all students to forsake sin and steer clear of temptation? It is a sad day for Azusa Pacific University and now I understand why they came out against help to leave homosexuality through their chaplain Kevin Mannoia. This is the direction that the administration has chosen. And their claim? “Still being faithful to orthodox Christian sexual ethics.” No, I’m afraid not, or you would have not allowed room for what is outside God’s magnificent plan in scripture.

Others have spoken out about this worrying trend. Rod Dreher said this about the capitulation:

That’s all she wrote at Azusa Pacific. They can tell themselves whatever they like about their “spirit,” but it’s self-deception. This is how conservative institutions surrender: by giving up, then telling themselves (and their donors) that they haven’t surrendered. Saving face is not the same thing as saving the institution’s core values.
www.theamericanconservative.com/dreher/queering-azusa-pacific-university/

This is the great evangelical sell-out. Schools and institutions that used to affirm biblical truths and biblical morality are one by one falling over the cliff in a vain attempt to please the activists and appear to be trendy and caring. They may be trendy, but they do not care at all about Gospel truth and Gospel values.

As the dominos fall fast and furious, we can at least take heart in one thing: this is separating the sheep from the goats, the wheat from the tares. We are seeing those who are truly his, and those who have cozied up to the world and its standards.

In that sense I guess, let the dominos keep falling.

10 Replies to ““Christian” Colleges – Another One Bites the Dust”