I must say, about the only thing I find more troubling and disturbing than all the constant assaults on the faith by its various enemies is when folks who claim to be believers basically run with the same ideas, beliefs and rhetoric that the secular leftists do.

That the church of Christ should be attacked from without is fully to be expected. But when it is undermined and white-anted from within that is a real concern. So much of this comes in the form of Christians who seems to know little of the Bible and basic Christian teaching, but seem very up on all the latest trendy worldly thinking.

The issue of homosexuality is a constant example of this. So many believers have abandoned biblical truth on this and simply run with the secular world’s agenda. The amount of fuzzy thinking just floors me sometimes, and the number of Christians who are clueless as to what is going on bothers me no end.

As but one example of this, yesterday I wrote about how our Christian Prime Minister backflipped on Christian freedoms for religious schools. He now says he will NOT allow Christian schools to dismiss a student based on his ‘sexuality’. You can see that piece here: billmuehlenberg.com/2018/10/14/religious-freedom-not-for-religious-schools/ 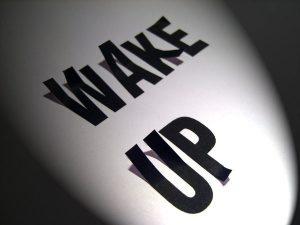 Yet I encountered one believer after another either denying that he has any such plans, or that they had no problems at all with it! Equally worrying was how much mushy thinking about this was heard. Folks threw out one rather foolish, unbiblical and senseless claim after another. There were plenty of them found all over the social media for example:

-We just need to be loving and tolerant
-Jesus would never reject anyone
-Christian schools are wrong to expel such students
-Why are we afraid of having them in our schools?
-Lots of Christian schools have homosexual students
-Let them be there and we can maybe reach some
-What would Jesus do?

On and on it went. Oh dear. As to Morrison’s intentions, simply read his words again:

Prime Minister Scott Morrison has announced the Coalition will legislate to protect children from discrimination. “Our Government does not support expulsion of students from religious non-state schools on the basis of their sexuality,” Mr Morrison said. “I also know that this view is widely shared by religious schools and communities across the country.” The Prime Minister says to address “anxiety” and “confusion”, he will take action to ensure amendments are introduced as soon as possible to make it clear that no student of a non-state school should be expelled on the basis of their sexuality.

Um, just what part of this do these folks not understand? He has promised to change the law to prevent religious schools from doing this. And there is nothing defensible about this. It is a clear attack on religious freedom. It is undermining Christian schools especially from upholding biblical standards and values on both behaviour and belief.

As to those who said we must just love everyone, etc, let me offer a few words. A Christian school, just like a Christian church, should have basic freedoms in terms of not only who it hires, employs and utilises, but who it allows in to membership – whether in the congregation or the classroom.

If the state will now force all religious schools to have homosexual students – either those already there who “come out” or those who enrol – then Christian schools will have to condone that which Scripture calls sinful. Of course then the next step for the activists will be to force schools to also hire homosexual teachers, staff, principals, etc.

None of us are saying that a homosexual – or any other sinner – should not be helped and hopefully converted if in a Christian school. Or that they should not be prayed for and counselled. But think carefully here and wake up to what is really at stake.

Recall that Morrison wants “sexuality” to be exempt from the school disciplinary process. That is a very wide-ranging term as should be known. Most folks assume this means just some quiet “gay student” but it of course can mean anything: not just homosexuals, but trans students, cross-dressers, fornicators, and so on.

And even if it were limited to homosexual students, just what does that mean? If it meant only a student who struggles with same-sex attraction, knows it is wrong, and wants out, that is one thing. We could deal with that. But without doubt it will also very much mean the loud and proud homosexuals who celebrate and promote homosexuality and want to see others recruited into the lifestyle.

With more and more governments also making any sort of “conversion therapy” illegal, then no religious school will even be allowed to offer any sort of counsel, prayer or help for that student. That will become illegal as well, and very likely become grounds to shut the school down altogether.

So this whole thing is fraught with danger, and can only play out very badly indeed for any Christian school seeking to uphold biblical values and behaviour. The issue is this: a Christian school should have the basic right to decide who is admitted, and to discipline students as it sees fit, including expelling them if so required.

As for those who claim that these schools can’t or shouldn’t do this and that they are being unloving and unChristlike if they do: Who says they can’t? Why can’t a Christian school refuse admittance to someone, or expel a student who defies biblical and school norms?

If a student comes out living in adultery or fornication or is using drugs or is cheating on exams or involved in violence, are we seriously saying that the school has no right or obligation to discipline that student, if not give him the boot? Where in Scripture are we told we can’t do this?

Those who claim the Christian environment of the school might wear off on these recalcitrant students are being rather naive and unbiblical. Scripture speaks of the urgent need to rid the body of leaven (see eg 1 Corinthians 5). Moreover, Christian schools do NOT have as their primary mission the evangelisation of pagans.

It is their mission to train, teach, and disciple Christians, and help them grow in their faith. If they end up accepting more and more non-Christians – be they homosexuals, fornicators, drug-takers, etc – there will soon be only one ethos left to rub off on others: a pagan, secular, immoral ethos.

And the slippery slope is of course alive and well here. It is time Christians stop being so naïve about all this. Cultural Marxists, homosexual activists, and secular leftists have long made it known that the want to neutralise Christianity. Targeting Christian churches and schools has always been a major part of their strategy. And sexuality – the very thing Morrison is talking about – has always been the Trojan Horse with which to do this.

Today it will be demanding that Christian schools have homosexual students. Tomorrow it will be homosexual staff. And of course this will not stop with schools, but will lead to the churches as well. They will soon have no right to remove anyone from membership, and will soon be forced to hire homosexual pastors and staff. Indeed, this is already happening in many places.

Christians really need to start thinking clearly here and stop being so incredibly naïve. Indeed, I really am astounded at how uninformed, unaware and clueless so many believers are on these issues. They seem to have no idea as to the war we are in. No wonder we keep losing.

I and others have been warning for decades now about the militant agenda, yet Christians still remain naive and uninformed. And when Christians start rehashing the very same “arguments” that homosexual activists use, and throwing around the same tired rhetoric, then something really has gone amiss.

Here is the bottom line: I fully expect Christian and conservative politicians NOT to aid and abet Labor and the homosexual lobby, and to do all they can to thwart them and their nefarious agendas. Is that really too much to expect?

While Morrison and so many Christians just don’t get it, at least one politician does. A news item just out says this:

Special Minister of State Alex Hawke says he ‘absolutely’ believes religious schools should be able to block enrolments of gay students. The Ruddock review into religious freedoms has recommended allowing religious schools to reject students and teachers based on their sexual orientation, gender identity, or relationship status. The Liberal MP says people of faith are relying on the government to get the correct balance between religious freedoms and other rights in Australia. Mr Hawke told Sky News it is not controversial for people to expect religious schools to teach their faith and religious practices.
www.skynews.com.au/details/_5846617061001

26 Replies to “Clueless Christians and the Rainbow Trojan Horse”