There has been a lot of discussion of the government review into religious freedom, even though the Ruddock report has not been officially released yet, and we do not have an official position yet taken on it. Commissioned last year by Malcolm Turnbull following the homosexual marriage vote, it has been sitting under wraps for some months now.

But snippets of it have been coming out, including twenty recommendations. Many of them have to do with religious schools and what rights – if any – they will be allowed. The big contention of course has to do with whether they will be forced to hire homosexual teachers and staff and retain homosexual students.

Here are some of the recommendations relating to all this:

Recommendation 4 – The Commonwealth should amend section 11 of the Charities Act 2013 to clarify that advocacy of a ‘traditional’ view of marriage would not, of itself, amount to a ‘disqualifying purpose’. 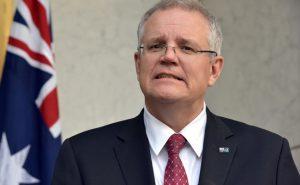 Recommendation 5 – The Commonwealth should amend the Sex Discrimination Act 1984 to provide that religious schools can discriminate in relation to the employment of staff, and the engagement of contractors, on the basis of sexual orientation, gender identity or relationship status provided that:
-The discrimination is founded in the precepts of the religion.
-The school has a publicly available policy outlining its position in relation to the matter and explaining how the policy will be enforced.
-The school provides a copy of the policy in writing to employees and contractors and prospective employees and contractors.

Recommendation 7 – The Commonwealth should amend the Sex Discrimination Act to provide that religious schools may discriminate in relation to students on the basis of sexual orientation, gender identity or relationship status provided that:
-The discrimination is founded in the precepts of the religion.
-The school has a publicly available policy outlining its position in relation to the matter.
-The school provides a copy of the policy in writing to prospective students and their parents at the time of enrolment and to existing students and their parents at any time the policy is updated.
-The school has regard to the best interests of the child as the primary consideration in its conduct.

Recommendation 8 – Jurisdictions should abolish any exceptions to anti-discrimination laws that provide for discrimination by religious schools with respect to students on the basis of race, disability, pregnancy or intersex status.

Recommendation 9 – State and territory education departments should maintain clear policies as to when and how a parent or guardian may request that a child be removed from a class that contains instruction on religious or moral matters and ensure that these policies are applied consistently. These policies should:
-Include a requirement to provide sufficient, relevant information about such classes to enable parents or guardians to consider whether their content may be inconsistent with the parents’ or guardians’ religious beliefs
-Give due consideration to the rights of the child, including to receive information about sexual health, and their progressive capacity to make decisions for themselves.

Recommendation 10 – The Commonwealth Attorney-General should consider the guidance material on the Attorney-General’s Department’s website relating to authorised celebrants to ensure that it uses plain English to explain clearly and precisely the operation of the Marriage Act 1961. The updated guidance should include:
-A clear description of the religious protections available to different classes of authorised celebrants, and
-Advice that the term ‘minister of religion’ is used to cover authorised celebrants from religious bodies which would not ordinarily use the term ‘minister’, including non-Christian religions.

If you think that all this seems a bit unclear, ambiguous, and maybe even conflicting at points, you would be right. But the government says they will not release the whole report and their decisions on it until later this year. So we are still left hanging as to how exactly things will pan out.

Consider the issue of which students are allowed in. At first the new Prime Minister Scott Morrison said that the law already allows schools to not have to accept students who are homosexual and that the government was not looking to make any changes to those laws.

But after just a few days of Labor and the lamestream media making a massive outcry, Morrison did a complete reversal on this. Now he says he will NOT allow religious schools to be able to decide on which students they can have. As one media report puts it:

Non-government schools will be prevented from expelling gay students on the basis of their sexuality under new laws to be introduced by the Morrison Government. After days of controversy over the leaked recommendations of a review into religious protections, Prime Minister Scott Morrison has announced the Coalition will legislate to protect children from discrimination.

“Our Government does not support expulsion of students from religious non-state schools on the basis of their sexuality,” Mr Morrison said. “I also know that this view is widely shared by religious schools and communities across the country.” The Prime Minister says to address “anxiety” and “confusion”, he will take action to ensure amendments are introduced as soon as possible to make it clear that no student of a non-state school should be expelled on the basis of their sexuality.

Wow, that did not take very long. So our Christian PM has capitulated massively, bowing to the first winds of pressure. That is a very ominous development indeed. And of course we already have the Greens and others saying such changes should also apply to staff and teachers at religious schools.

Anyone still thinking straight and not bowing in subservience to the radical secular left agenda will know just how harmful and dangerous all this will be. So a Christian school with clearly stated Christian values and beliefs will be forced to take in and/or retain any student, no matter what their beliefs or lack of them?

It will of course not just stop with the vague and nebulous things like sex, gender, sexual orientation and the like. Soon a radical Muslim, atheist, Hindu transgender, Scientologist or Satanist will also be told they can enter and stay at such schools, and there will be nothing the schools can do about it.

And we know from past experience and current realities that the slippery slope will fully be in action. Soon enough Christian schools – and other religious schools and institutions – will be forced to accept and retain similar non-Christian and anti-Christian lecturers, principals, teachers and staff members.

All in the name of anti-discrimination of course. But Christian schools are being discriminated against here – big time. They are the ones who are being treated unfairly, all to satisfy the PC crowd. In the name of tolerance they are now the object of rank intolerance. This is frightening stuff indeed, and of course spells the end of religious freedom.

Last year Peter Kurti, an Anglican priest, released an important volume entitled The Tyranny of Tolerance. In it he speaks of how statist liberalism seeks to dumb down and mute objective religious truth claims. He writes:

One consequence of this “subjectivism” of religious belief is that the mark of a good citizen of the liberal state has also changed. It is no longer the display of personal conviction that counts but the deliberate and even ostentatious display of what is presented as “tolerance”. In truth, however, this tolerance is not “open-mindedness”. It is a form of moralistic relativism concerned with elevating the rights and interests of any who are perceived to be victims of discriminatory or marginalising behaviour.

Tolerance in the name of relativism has, indeed, become its own form of intolerance. We are commanded to respect all difference and anyone who disagrees can expect to be shouted down, silenced or, often, branded a racist. Everyone must be “tolerant”.

Including our Christian Prime Minister. Shame on Morrison for this appalling backflip. Even the leftist Guardian got it right when it spoke of him ‘caving in to Labor’ on this. Yep, he sure did cave in. And the independent and Christian schools will be the main ones to suffer here.

It may well put many of them out of business in the near future. That of course is just what the militant lefties want. They want to see an end to ALL non-state education. They know full well that if all children are subject to the leftist agenda of the monopolistic State, with no alternative education allowed, then they are well on their way to achieving all their radical goals in the total transformation of society.

To which some concerned parents will say, “Well, I guess our only option left is home-schooling.” Yes but… You are living in dreamland if you think the radical left will stop after destroying the religious and independent schools. They will most certainly target home-schooling as well, and either abolish it altogether, or make sure that “guidelines” demand that only a State-approved curriculum can be on offer.

The only thing more disturbing and outrageous than having leftist political parties cramming all this down our throats is when we have an evangelical Christian as our leader of the ‘conservative’ party simply crumbling in a heap before leftist pressure, and handing them on a silver platter all that they want.

The cause of same-sex marriage has become something of a proxy for those who advance a much more aggressive form of secularism. They seek to drive away religion, particularly Christianity, completely from the social and cultural realm where faith is practised, to the private and confined realm of the mind.

Yes quite so, yet with new and ominous developments such as “hate crimes” even the private beliefs of individuals are now being targeted and penalised. Soon both external and internal forms of faith will be verboten. This is exactly where we are heading today.

Shame Scott Morrison. Yes, we Christians will continue to pray for you, as we must. But if this early on in your tenure you can sell-out so dramatically and so spectacularly on one of the most important issues there is for Christians, we have little reason to hope for anything better from you in the days ahead.

We dare you to prove us wrong.

31 Replies to “Religious Freedom: Not For Religious Schools”