Things are getting worse by the day for the church in the West. Yes, much good is still happening, and many strong churches still exist. But most honest and discerning observers would see that overall the church is in a bad way. And that is because of attacks from within and without.

The outside assaults are obvious enough: secular humanism, militant atheism, the rise of aggressive Islam, the radical homosexual and transgender lobbies, etc. And in many ways the last mentioned is perhaps the most pernicious and damaging of all.

Little did most believers know a century ago that one of the greatest threats to the church and to religious freedom, and one of the main sources of anti-Christian bigotry and persecution, would be various militant groups pushing a full-scale sexual revolution. 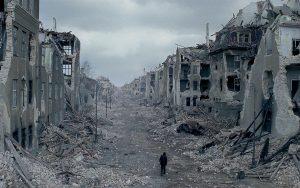 And it is this same sexual anarchy that is tearing up the church from within as well. So many Christians, churches and pastors have fallen to the homosexual and trans agendas. It seems as if they are falling like flies. One after another is capitulating, compromising and selling out, more interested in pleasing men than in pleasing God.

So in addition to all the assaults from without, the church is also crumbling because of so much apostasy and carnality from within. Many of the militants must be sitting back, rubbing their hands with glee, as they observe one church after another caving in and running with their agendas.

While many dangers exist for the church, the sexual white-anting of the faith may be the most insidious and destructive so far. Simply put, the other side keeps on winning because our side keeps on surrendering. Instead of standing strong for the biblical understanding of human sexuality, we just keep caving in and putting up the white flag of surrender.

As a result we now have this score line: Pagan sexuality 1, Christian morality 0. Every day I see the bitter fruit of this. Every day I get people who claim to be Christians fully pushing the secular sexual agenda, denying clear biblical truths along the way.

They have willingly sold out to the world’s agendas, and completely turned their backs on the Word of God. This has become a full-time battle for me and others who still believe God’s intentions for human sexuality remain and his Word is fully authoritative on all these matters.

Let me offer three new episodes of all this in action. As to hostile attacks from without, consider just the latest in the militant homosexual war against our families, our faith, and our freedom. In Scotland the activists are now fully in control of the school system. Says one news report:

Scotland has become the first country in the world to require its public schools nationwide to add LGBT history and inclusion to their curriculums. Deputy First Minister John Swinney has told parliament that the Scottish government will mandate all state schools to “teach LGBTI equality and inclusion” to different age groups across different subjects.

According to Swinney, the Scottish government has accepted all 33 recommendations from its LGBTI Inclusive Education Working Group, which was created to “improve the learning experience for LGBTI young people.” The government will start working immediately to implement the recommendations. According to a press release, the school mandate is designed to help Scotland “lead the way in inclusive education.”

As a result, schools must teach about LGBT terminology and identities, prejudice against the LGBT community, promote “awareness of the history of LGBTI equalities and movements” and tackle homophobia, biphobia and transphobia. “Scotland is already considered one of the most progressive countries in Europe for LGBTI equality,” Swinney said in a statement. “I am delighted to announce we will be the first country in the world to have LGBTI inclusive education embedded within the curriculum.”
www.christianpost.com/news/scotland-first-country-require-schools-teach-lgbt-curriculum-228473/?fbclid=IwAR3MFyNn1xMa_ztpXJUMK3U_w3JzA-19M9yhxWcBm4Y5u0TPYh8BLP_tLwo

Wow, that is scary as all get out. That is full-blown propaganda and indoctrination. But things are not much better for many Christian churches and institutions. Let me look at two recent examples of them caving in on these matters. The first has to do with Christian universities capitulating to the radical sexual agendas.

I have written about such schools before, including Azusa Pacific University in California. See here: billmuehlenberg.com/2018/09/27/christian-colleges-another-one-bites-the-dust/

It is not just me who is concerned about the appalling capitulation to the pagan sexual culture. Now some board members have quit, disgusted with the surrender of Christian values to the world’s sexual culture. Says one piece:

Two members of the board of trustees of a major evangelical Christian liberal arts university have resigned, contending the institution has “drifted” from its foundation and mission, and now is at odds with its written policies, statement of faith and the Bible itself.

Raleigh Washington, a prominent pastor known for his leadership of the Promise Keepers men’s movement, and Dave Dias, a Sacramento-area business executive, submitted letters of resignation on Wednesday to the board of trustees of Azusa Pacific University in Southern California….

Meanwhile, an associate APU professor who shares the two trustees’ concerns, has called on the university’s president, Jon Wallace, to resign. Barbara Nicolosi Harrington, an accomplished Hollywood screenwriter who teaches writing in Azusa Pacific’s Honors College, wrote the trustees on Sept. 24 stating she had been in conversation with many faculty members from a variety of disciplines who fear APU “is in danger of losing its essential quality.”

“There is a feeling that there has been a muzzling of the voices in the community that would advocate traditional Biblical understanding,” she wrote. “We have been afraid to speak as whistleblowers lest it redound against us personally, or against our departments.” Harrington said she decided to speak out “despite this fear, because I perceive the threats to the essence of APU to be so dire.”

“More and more, it seems clear that various spirits of the age are being raised up at APU, such that the God of traditional Biblical understanding, and what He asks of us, is being redefined,” she wrote. “As Christian scholars – historians, theologians, philosophers, scientists – we know where this path leads.”…

“Through certain APU courses, particularly in the theology, Biblical studies, global studies and social justice arenas, the students are exposed to radical beliefs that deride and malign traditional Biblical Christianity.” Students, she said, soon begin to “espouse errant ideological trends that leave them isolated from the community, embittered against Christian faith and values, and approaching the world with a raised fist and angry slogans instead of an open heart and saving truth.”

“These students gradually become unteachable, and they leave APU in a much worse state than they were in when they arrived,” said Harrington. She noted a new APU policy “to accept whatever pronoun the students choose to identify themselves by.” “This is a terrible decision, and one that will cause tremendous harm to our students by encouraging them to reject their fundamental nature as created by God,” she wrote.

Harrington said she has had students confront her in class, asserting, “There is no such thing as masculine or feminine.” “I had another lovely young student transform from loving Jesus and her Christian faith when she came to APU, to becoming a sneering, bitter self-declared ‘queer womynist’ who now sees Christianity as the most divisive and pernicious influence in human history.”
mobile.wnd.com/2018/12/board-members-quit-over-colleges-drift-from-christian-orthodoxy/?fbclid=IwAR32paZJMhVJO1vnSXGsyMYGKnmQcF4TzEl8weEmlKBMhOAHhm9roA-ZCsc

Wow, that is a big worry indeed. My second example has to do with Christian celebrities also selling out the gospel by being weak on biblical sexuality. I have already penned several articles on the latest example of this: Christian singer Lauren Daigle. Plenty of these celebs and entertainers are capitulating, so I am not just singling out one person.

But a new article by Mario Murillo is also worth bringing in to this discussion. He too sees the problem as being much deeper than just one or two Christian artists falling down on this issue:

She is claiming not to know what the Bible clearly teaches about homosexuality. She lied. However, we should not condemn her because her failure and dishonesty is a part of a much bigger crisis. For years I have warned of this day and it has finally arrived. The storm is here. All out war on the Bible and a rampant illiteracy of scripture in the church.

We saw it in the midterm elections when millions of Christians voted abortion and socialism back into power. Now we have, not just Lauren, but a vast number of believers who have suffered at the hands of those who refuse to teach Bible standards. But this was all predicted and it has come!
mariomurilloministries.wordpress.com/2018/12/03/the-storm-is-here/?fbclid=IwAR2sygd_I0jyaN5mp7t8mXakYWg9oADPyazLup7yDZqlkdo_LzzyTsLPhSc

Yes he is quite right to state that this is an all-out war on Scripture, and as such, an all-out war on the God of Scripture. And the sad but simple truth is this: when it comes to God’s Word and what he teaches on human sexuality, there is now a clear division emerging within Christian circles.

Some are staying true to Scripture and are not compromising their faith, while others are cosying up to the world and its agenda, all in the name of acceptance and tolerance and an unbiblical notion of love. In one sense I suppose all this is a good thing. It is a separation of the wheat from the tares. It is separating true believers who still tremble at God’s Word from those who are more interested in regurgitating the world’s thinking, values and agenda.

The faith is under attack from within and without. Surely the most dangerous, diabolical and damning are all the internal attacks. In a war we must fight – and pray. As the days get darker, we need to do both more than ever.

24 Replies to “The Assault on Christianity: War Within and War Without”