In today’s toxic, anti-truth, anti-Christian, and hyper-immoral culture there simply is no longer a place for pastors and church leaders – or any Christian for that matter – to be mealy-mouthed and cowardly when it comes to speaking to the vital issues of the day.

Of course one can argue that there was never a place for craven and cloudy messaging. Christians should always speak truth boldly, unflinchingly, and without compromise. Sure, we also need to be wise, tactful and discerning as to when and how we speak. 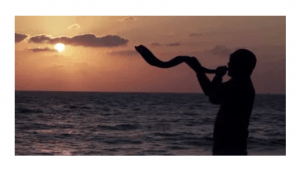 But on so many major moral and social issues of the day, it is imperative for Christian leaders to speak forth biblical truth without ambiguity and without equivocation. We must be crystal clear in what biblical truth has to say on all the hot topics of the day.

I raise all this because earlier today I penned a piece in which I called into question a press release put out by a major international megachurch on the issue of homosexuality. It seemed to hem and haw at the very place where it should have been totally unambiguous and altogether clear. That piece is found here: billmuehlenberg.com/2019/02/16/chris-pratt-hillsong-and-help-for-homosexuals/

In it I said this:

Instead of offering us vague motherhood statements about welcoming everyone, many of us would appreciate some real clarity here. And if I and others have misunderstood or mischaracterised the position of Hillsong here, well sorry, but that is not our fault, but Hillsong’s.

In this vitally important area we are in need of precise and clear statements, not PC feel-good bumper sticker responses. We expect politicians to offer us wishy washy statements on homosexuality and other contentious issues. But we expect much better from churches, especially megachurches which are always in the public eye.

As can be imagined, this has already resulted in a small firestorm of controversy. And this is because megachurches like Hillsong tend to be rather polarising. It seems you either love them or hate them. Indeed, when it comes to Hillsong, there are at least three distinct and identifiable camps that Christians will usually find themselves in:

I know of people in all three groups, and for what it is worth, I am in the third group. It may well be doing a lot of good, and for that we should be thankful. But as I have documented so often now, in some areas it has been a real worry, including offering us half-hearted and wobbly public statements on key issues like homosexuality.

She also said that she was not sure why “Hillsong is kinda vague in their statements. Maybe they don’t want to scare people off so they come to church and hear the gospel?” I replied to her this way: “They could be just being careful – or they could be men-pleasers! But see the links in my article for other concerns one might have about them.”

And I am willing to give them the benefit of the doubt. All churches – but especially those with a high public profile – need to be careful and prudent in how they deal with the public, with the media, and the like. Fair enough. But at the same time, we always want to be careful not to water things down or become so unclear that no one knows where we actually stand.

As I said, on issues like abortion and homosexuality, I believe it is absolutely vital that Christian churches and Christian leaders speak with one, clear, and firm, biblical voice. There is no room for being wishy-washy or limp-wristed here (no pun intended).

On these utterly crucial issues the church of Jesus Christ must speak loudly and proudly. We must be just as loud and proud as the homosexual activists are and the pro-death camp is. No more Mr Nice Guy here. These matters are far too important for a softly-softly and men-pleasing approach here.

I am reminded of what the Apostle Paul said in 1 Corinthians 14:8: “If the trumpet does not sound a clear call, who will get ready for battle?” Absolutely. Our voices must offer a clarion call on these issues. Our yes must be yes and our no must be no.

“We are not diplomats but prophets, and our message is not a compromise but an ultimatum.”

“Yes, if evangelical Christianity is to stay alive she must have men again, the right kind of men. She must repudiate the weaklings who dare not speak out, and she must seek in prayer and much humility the coming again of men of the stuff prophets and martyrs are made of.”

“The voice of the prophet today is seldom heard, not because there are no prophets speaking for God, but because the noise and clatter of our culture have so invaded the church that they have drowned out that voice.”

Oh, and one last thing: we need to keep Hillsong and these other big public churches in our prayers that they do indeed honour the Lord and do indeed speak with an uncloudy and undivided voice.

8 Replies to “Whither the Church: Public Relations or Prophetic Proclamation?”