Thus even scientists can be biased, or skewed, or lacking in objectivity. The idea of a completely neutral and unbiased scientist is a myth. Everyone has prior ideological commitments which determines how one views things, even the man or woman in the white lab coat. We all have various presuppositions that we take into our fields of study. 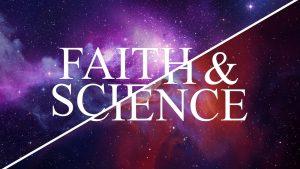 Many have pointed this out over the years. Let me mention just one such person, and some of his books which I have just pulled off my shelves, blown the dust off, and revisited. Back in 1946 Hungarian/English chemist and philosopher Michael Polanyi (1891-1976) wrote Science, Faith and Society. And in 1958 he wrote his important Personal Knowledge.

In these and other works Polanyi sought to show that all knowing relies upon various prior commitments, and that even scientists cannot ignore the role personal commitments plays in their work. Moreover, there are limitations to science, and science cannot tell us everything there is to know.

With all this in mind, let me make you aware of three new books on these sorts of themes. I have recently bought and read them and they make a welcome addition to my growing library on these topics. These quite helpful volumes all discuss these crucial matters, and they are all penned by important Christian thinkers who are veterans in the field. The three books are these:

Let me briefly look at each. As to the authors, Lennox is an Oxford mathematician; McGrath, also at Oxford, has advanced degrees in science and theology; and Moreland is an American philosopher. All three have written extensively on matters of science, the philosophy of science, and the Christian approach to these areas.

The book by Lennox is the briefest of the three (just 120 pages), and those who have followed him in the past will find some familiar territory here. But there is much of value nonetheless, including his discussions about why science is limited, how we must be wary of scientism (the idea that science is the only way to truth), and the relationship between faith, reason and belief.

Along the way he deals with various myths often heard about such matters, including:

As to the last myth, he notes how science certainly is based on testing: hypotheses, new ideas and theories are all tested. But Christianity and its truth claims are testable as well. The historical and factual nature of what Jesus said and did for example can be tested.

And Christianity can be tested at the personal level as well. Moreover, some important scientific theories have not been tested – at least not yet, such as Stephen Hawking’s theory that black holes radiate. Says Lennox, it is “widely thought that anyone who devises a test that confirms his prediction would win a Nobel Prize.”

All up this is a very helpful and accessible volume looking at various important and often complex matters. Christians will certainly benefit from it, but so too will scientists and others. And those who believe that God and science don’t mix will find many of their core beliefs challenged here.

The second book is another new and important volume. McGrath has written dozens of books on science and on theology, and he has been discussing these matters for decades now. He is the most prolific of the three in this regard, with many thousands of pages devoted to this matter all up.

Here in some 250 pages of quite readable and informative prose he looks closely at the question of human nature, and how we might understand it from both religious and scientific vantage points. Says McGrath, the “mystery of human identity and meaning set out in this book is both informed by science and nourished and enriched by the Christian tradition.”

He examines in detail various matters, such as man’s search for meaning; the limitations of science; the myth of progress; and the relationship between faith and science. He notes that we seem to be the only species which asks questions like: Why am I here? What is life all about?

Says McGrath: “Any comprehensive and reliable account of humanity has to take into account the innate tendency towards religion or spirituality that seems to be an intrinsic aspect of human nature.” And those belief systems that rule out religion a priori need to be rethought.

Consider the issue of secularism and progress, and the notion that religion is a barrier to human advancement. But modern science grew out of the Judeo-Christian worldview, and many key scientists have been – and are – committed Christians.

And the Enlightenment notion of progress has also postulated the belief that abandoning religion would mean the end to most violence and warfare. But, as McGrath puts it, the “history of the twentieth century is perhaps the greatest obstacle that the metanarrative of secular progress has to overcome.”

He concludes by noting that the great mystery of human identity and meaning must take into account more than just what scientism and philosophical naturalism have to offer us. Indeed, we need a “sense of humility in the presence of something greater than us”.

Finally consider the latest offering by Moreland. Of the three books being examined here, his may be the most philosophical and wide-ranging. He has meaty chapters on things like scientism, methodological naturalism, intelligent design, and non-scientific knowledge. Much of the volume is a refutation of scientism.

He defines this as “the view that the hard sciences alone have the intellectual authority to give us knowledge of reality. Everything else – especially ethics, theology, and philosophy – is, at least according to scientism, based on private emotions, blind faith, or cultural upbringing.”

But he shows how scientism is not a doctrine of science, but a doctrine of philosophy. Indeed, it is a distortion of science. He demonstrates how this misuse and abuse of science has negatively impacted things in the West. Other issues, such as ‘five things science cannot in principle explain’ are carefully examined in this book.

Although just a brief volume (200 pages), Christians and non-Christians alike will find much in here to benefit from. Moreland always offers us worthwhile reading and food for thought, and this volume is no exception. The philosophically-minded among us will greatly appreciate it, but so too the average Christian who simply wonders about and ponders on such matters.

On the making of books on the intersection of science and religion there is no end. But these three new volumes are worth adding to any such collection of volumes. All are short enough and easy enough to follow that all can get much from them. But all are profound enough and challenging enough to interest the deepest of thinkers.

(For Australians, all three of these books can be found at Koorong.)

40 Replies to “Faith, Rationality, and the Limits of Science”