The simple truth is, our children are our future. When we harm or disadvantage our children, society gets weakened. What we do to our children we end up doing to all of society. So it is imperative that we treat children as best we can, and shield them from that which would harm them, abuse them, or threaten them.

Some folks have offered comparative lists of how things were for children some decades ago and how they are now. I am not sure if they are completely accurate, but they seem fairly realistic. It is said that back in the 1940s teachers claimed that these were their top disciplinary problems: 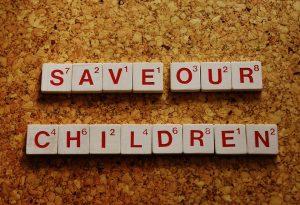 But today it seems most teachers would need to run with a list such as this:

As I say, how precisely true all this is may be a matter of debate. But it seems the general drift is accurate. Children who grow up today face all sorts of issues that children a generation or two ago never seemed to face. Most of the things kids are exposed to today I certainly did not face when I was growing up – and I happened to be a bit of a wild child!

Sadly there are all sorts of things today which are working against our children. Indeed, we may live in one of the most child-unfriendly cultures there has ever been. The forces arrayed against our kids seem everywhere and overwhelming. Consider just a few of the issues our children are dealing with today:

By every social indicator, we know that in the overwhelming majority of cases, children flourish when raised in these two-parent homes. But with deliberate single-parenthood, cohabitation, blended families, step-families, and now homosexual “families,” we have more and more children who will never know what it is like to be raised by their own biological mother and father.

And this is not just the stuff of right-wing demagoguery. Recall the words of Barack Obama in 2008:

-Closely related to this is how more and more children have things like the state, pop culture, and MTV, as their parents. As fewer kids grow up with their own mum and dad, others are becoming surrogate parents. Certainly popular culture is giving real parents a good run for their money.

But the ever-expanding welfare state is also becoming the main parent for ever more children. And plenty of anti-family agitprop is to be found, with radical feminist, homosexual and androgynous ideologies moulding our children’s minds and values. As Dale O’Leary put it in her 1997 book The Gender Agenda:

A perfect example of this kind of deception is Hillary Clinton’s book, It Takes a Village, which is full of wonderful, apparently profamily wisdom. Underneath, however, one finds the gender feminist ideology. The book should be titled It Takes a Federal Bureaucracy because the village Mrs. Clinton envisions isn’t a close-knit community where neighbors share common values and support one another, but a place where families are dependent on government programs.

-Another obvious area in which our children are being assaulted prematurely by adult concerns is with comprehensive sex education courses, often starting in kindergarten. Indeed, the sexperts have long said that the more such sex ed our young children get, and at ever younger ages, the better. Never mind that our young children are not at all in a place to be able to handle such hyper-sexualised content, mentally, psychologically, physically or emotionally.

A big part of this in Australia includes the various versions of the so-called Safe Schools programs. They are supposed to be about bullying but they are nothing of the sort. They are all about pushing radical sexual ideology onto young and impressionable children.

And a major push in these programs is the radical gender bender ideology. Our young children are being told that there is no such thing as biological reality, and that they can decide to be whatever sex or gender they want to be. And with this constant barrage of trans propaganda and indoctrination, we are seeing a sudden and massive uptake in the number of young children who want to transition out of their natal sex.

Even though all this is still fairly recent – no one was really talking about this just a decade ago – there are already some adverse reactions starting to crop up. Now a major growth area for both adults and children is sex-change regret. Detransitioning is now all the rage, as people realise that trying to change outward physical traits does nothing to deal with the inward mental and emotional issues that really need to be addressed.

-Speaking of education, more and more parents are concerned by how the public school system is failing our children by way of not coming through with the basics – the three Rs for example. But our schools seem adept at pushing every new and radical secular left agenda item onto our kids.

Children may now leave school illiterate and innumerate, but they seem to know all about the latest radical causes, be it radical sexuality, climate alarmism, anti-capitalism, pro-Islam, and general anti-Western sentiments. No wonder so many worried parents are pulling their children out of state schools and putting them in private or independent schools – or home-schooling them.

-And then we can speak of the ultimate form of child abuse: abortion. With anywhere from 80,000 to 100,000 abortions a year here in Australia, along with around 45 million a year globally, more and more children never even get a chance to see the light of day.

In most places in the West it is illegal to spank a child, but it is perfectly lawful to kill a child while in his or her mother’s womb. How can we as a society claim to be concerned about children when we are quite happy to kill millions of them before they are even born?

In so much of this we are forcing vulnerable children to grow up way too fast. We are exposing them to all the dangers and all the risks of an adult world, and expecting them to just embrace it all and become a part of it – well before they are ready to do so. We are creating a generation of “The Hurried Child” as sociologist David Elkind put it in his important 1981 book by that title.

All in all our kids are in a bad way. And much of that is because of the deliberate actions and ideas of adults. As mentioned, if you want to bring down a society, target its children. The activists have long known this. As Vladimir Lenin once said, “Give me just one generation of youth, and I’ll transform the whole world.”

I and many others are totally committed to seeing children protected from all the radical onslaughts they are now experiencing. We stand with children first and foremost. When it comes to adult schemes versus the wellbeing of children, we will always stand with the latter.

And there is much wisdom in this. As Frederick Douglass once put it, “It is easier to build strong children than to repair broken men.” For the sake of our children we must do better. We HAVE to do better. If not, we will lose it all.