In an age where reason and logic are not exactly the flavour of the month, sloppy thinking abounds. Public discourse has taken a big hit with plenty of talking heads offering us just plain nonsense. They can throw out utterly illogical and contradictory statements and think they are giving us great contributions to a discussion or debate.

Among other things we will encounter plenty of oxymorons from these folks. These contradictions in terms abound, such as ‘Arab unity,’ or ‘leftist logic’. But one obvious candidate which will just not go away is ‘Christian Marxism’. There have long been those who have attempted to integrate and harmonise these two completely different and mutually exclusive worldviews. 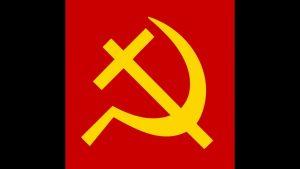 The latest example of this foolishness came – no surprises here – on the ABC’s most recent Q&A. This was the only time in years that plenty of folks actually tuned in to this dreadful show – for the simple reason that Jordan Peterson was on it. I wrote about his sterling performance here: billmuehlenberg.com/2019/02/25/jordan-peterson-to-the-rescue/

But toward the end of the program we had yet another attempt to push the Christian/Marxist line. Guardian writer, feminist, and leftist Van Badham said she is a Christian, claiming “I’m very devout.” And she actually said that her Catholicism and Marxism get along quite nicely, and she can be “both at the same time.” She went on to say, “I absolutely believe in God… These positions are not irreconcilable”.

Um, no. The two are NOT reconcilable. I have written often on this. See for example these two articles on the issue:

But since so many seem so ignorant of the massive differences, allow me to offer the briefest of lists showing the obvious contrasts and incompatibilities:

-Marxism is based on atheism and dialectical materialism; Christianity is based on theism and the reality of the spiritual realm.
-Marxism says sin is found in capitalism; Christianity says sin is found in the human heart.
-Marxism sees economic alienation as the main problem; Christianity sees man’s alienation from God as the main problem.
-Marxism enjoins the confiscation of private property and state ownership; Christianity enjoins private property and ‘Thou Shalt Not Steal.’
-Marxism claims redemption is found in the end of the class struggle and the eradication of capitalism, Christianity claims redemption is found via the death and resurrection of Christ at Calvary.
-Marx spoke of creating the New Man; Jesus spoke of the necessity of the new birth.
-Marxist man is identified with the collective; the Christian man is identified in union with Christ.
-Marxist ethics say you can murder your enemies; Christian ethics say we must love our enemies.
-Marx said that ‘religion is the opiate of the masses;’ Christ said that he came to the masses as a shepherd cares for his sheep.
-Marx expected religion to wither away; Jesus promised that one day all unbelief would be no more.
-Marxism has resulted in the external oppression of millions; Christianity has resulted in the internal liberation of millions.

The list could go on, but you get my drift. There is simply nothing compatible between the Gospel of Marx and the Gospel of Mark – or Matthew, Luke and John. But clueless Christians and manipulative Marxists keep trying to blend and conflate the two.

The history of this is about as old as the history of Marxism itself. Let me mention just a few of those who have tried to run with this. Perhaps one of the most famous examples from the headiest days of the Cold War was the “Red Dean of Canterbury”.

Reverend Hewlett Johnson (1874 –1966) was a Church of England priest and Dean of Canterbury. He was among the most avid supporters of the Soviet Union and one of the keenest apologists for all things Marxist. Here are just of few of the greatest hits of the Red Rev:

This is what he had to say about Communism in general: “Communism has recovered the essential form of a real belief in God which organised Christianity just now has largely lost.” And again, “While we’re waiting for God, Russia is doing it.”

The Soviet Union could do no wrong for Hewlett: “Nothing strikes the visitor to the Soviet Union more forcibly than the complete absence of fear.” Or as he said about one of the most horrific mass murderers in human history: “No man of mystery dominates the Kremlin. Stalin is the embodiment of good-humored common sense, as much a man of the people today.”

But there have been plenty of other useful idiots singing the praises of one of the most bloody and repressive political ideologies in human history, and plenty of crafty Communists who have sought to usurp the churches to promote the Red Faith.

As to the latter, the churches have always been targeted by the Marxists, and more recently, by the cultural Marxists. Consider just one such figure, Saul Alinsky (1909-1972), the Chicago-based communist and community organiser. He was a disciple of the Italian Marxist Antonio Gramsci who had urged the left to replace external revolution with internal evolution via the “long march through the institutions”.

His enduring work was of course his 1971 manual for the leftist takeover of the West, Rules For Radicals. As might be recalled, in the dedication page of the book he acknowledges Lucifer as “the original radical”. And just before he died he said this: “Let’s say that if there is an afterlife, and I have anything to say about it, I will unreservedly choose to go to hell.”

And he said this about the need to co-opt the churches for the sake of the revolution: “I recognized that if I could win the support of the Church, we’d be off and running. Conversely, without the Church, or at least some elements of it, it was unlikely that we’d be able to make much of a dent in the community.”

Plenty of duped believers have followed in the Red Dean’s footsteps. A more recent example, this time an American evangelical, is Rev Jim Wallis. He has been the editor of the religious left publication Sojourners. He was also the president of the radical Students for a Democratic Society while at Michigan State University. He gained even more fame and renown from the left when he served as the “spiritual adviser ” to President Obama.

He and Sojourners have continuously supported and promoted Marxist killers and dictators, whether the Vietcong, Fidel Castro’s Cuba, Hugo Chavez’s Venezuela, or Daniel Ortega’s Nicaragua. It is also worth noting that in 2004 Sojourners received $200,000 from billionaire George Soros, the major financier of leftist groups that push for atheism, abortion, drug legalisation, bigger government, and other hard left causes.

So many others could be cited here. Van Badham’s paltry attempts at baptising Marxism on Q&A is simply the latest in a long line of attempts to drag down the Christian church into the pigsty of godless and murderous Communism.

Sorry, but it has not worked in the past and it will not work now. Marx once said, “My object in life is to dethrone God and destroy capitalism.” A good Marxist today wants just the same. The Christian however wants to dethrone man and put God back where he belongs.

As to capitalism, the Christian faith is certainly compatible with the basic tenets of the free market. But even if there is some room to move in this area for Christians, there is no room to move with the unholy alliance of Marxist Christianity.

And forget all the vain talk about ‘Marxist humanism’. There is no such thing. As Fulton J. Sheen once put it, “Communism is the final logic of the dehumanization of man.” If you want the full flowering of humanity, forget the phony gospel of Karl Marx. If you want life in all its abundance, consider instead the life and teachings of Jesus Christ.