Lara who? Well, it appears that Lara Logan WAS until recently an experienced news reporter for CBS. She is a South African woman who has been a television and radio journalist and a noted war correspondent. She has worked with the American television network since 2002.

My own interest in her – indeed, my initial awareness of her – goes back to 2016. Back then I wrote a piece discussing the horrible treatment she had received while doing some reporting in a Muslim country. Specifically, she was sexually assaulted while in Egypt doing an assignment for CBS. 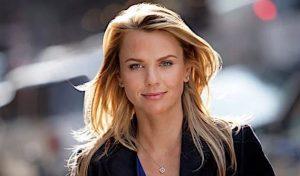 In my article I wrote about the phenomenon of “taharrush” in which large gangs of Muslim men attack and even rape women during major events – something that Lara sadly had experienced firsthand in 2011. See my piece here for more on this: billmuehlenberg.com/2016/01/13/20596/

Admittedly I still know little about her. It seems that she has been a hard-working journalist for 30 years, including a stint as foreign correspondent for CBS’s 60 Minutes. Well, she has been in the news again recently and is receiving all sorts of opposition and abuse. Her crime? She is calling out the leftist stranglehold on the mainstream media.

All this came in the form of a lengthy interview that she was recently involved in. It is quite a long one indeed , so let me offer just a few snippets of what she said in it:

Visually, anyone who’s ever been to Israel and been to the Wailing Wall has seen that the women have this tiny little spot in front of the wall to pray, and the rest of the wall is for the men. To me, that’s a great representation of the American media, is that in this tiny little corner where the women pray you’ve got Breitbart and Fox News and a few others, and from there on, you have CBS, ABC, NBC, Huffington Post, Politico, whatever, right? All of them. And that’s a problem for me, because even if it was reversed, if it was vastly mostly on the right, that would also be a problem for me.

One ideological perspective on everything never leads to an open free diverse tolerant society. The more opinions and views … of everything that you have, the better off we all are. So creating one ideological position on everything throughout your universities, throughout academia, in school and college, in media, and everywhere else, that’s what concerns me. I don’t have to agree with everybody….

Although the media has historically always been left-leaning, we’ve abandoned our pretense — or at least the effort — to be objective, today. … We’ve become political activists, and some could argue propagandists, and there’s some merit to that.

This is the problem that I have. There’s one Fox, and there’s many, many, many more organizations on the left. … The problem is the weight of all these organizations on one side of the political spectrum. When you turn on your computer, or you walk past the TV, or you see a newspaper headline in the grocery store If they’re all saying the same thing, the weight of that convinces you that it’s true. You don’t question it, because everyone is saying it. Unless you seek out Breitbart on your computer, you’re probably not even going to know what the other side is saying….

We don’t even question if what we see on social media is real or not. We don’t even question if a grassroots movement is really grassroots. You know, there’s a way to start a grassroots movement. You write an algorithm, and you create all this outrage, and you’re basically throwing out all the sparks that light the fire, so then it becomes a grassroots movement because it takes nothing to set that in motion. But did it really begin as one? And if it didn’t begin that way, but was manipulated and paid for by someone and serves someone’s political purpose, is it really what we believe it is?
www.breitbart.com/the-media/2019/02/18/cbss-lara-logan-on-media-bias-unless-you-seek-out-breitbart-you-wont-see-the-other-side/

This short video also features a bit more on this courageous woman as she calls out the leftist media:
www.realclearpolitics.com/video/2019/02/21/lara_logan_any_journalist_not_beating_the_drum_giving_the_same_talking_points_pay_the_price.html

For a media personality to actually speak some truth about the leftist takeover of the MSM is certainly a very brave and a vitally important thing to do. I heartily applaud Logan for doing this. But all this did not go down well with the leftist establishment. As Breitbart has also reported:

Television journalist Lara Logan poked the mainstream media beehive last week in a no-holds-barred interview where she bluntly accused many reporters of becoming “political activists” and even “propagandists” for the Left and said journalism has descended into “absolute horses**t.” The response has been furious, personal, and devoid of the respect normally demanded for rape survivors.
www.breitbart.com/politics/2019/02/19/hayward-rape-survivor-lara-logan-gets-cold-shoulder-from-media/?fbclid=IwAR3PHQodLivd1oa7ixijJh4A90myNKvAbgrTJA8D0GCBQZ_zsFPazqQ7a4A

Indeed, not only has the left gone troppo on all this, but it has cost her – big time. As another piece states:

Only two days after veteran CBS news woman Lara Logan told audiences to check with both liberal and conservative news sources before making up their minds, CBS has announced that Logan has been “released” by the network. Last weekend, Logan went on the Mike Drop podcast hosted by retired Navy SEAL Mike Ritland and said that if you don’t seek out Breitbart News and other conservative sources, you are not getting all the facts about what is going on in this world.
godfatherpolitics.com/two-days-after-telling-americans-to-check-all-sides-of-a-story-cbs-fires-lara-logan/

As mentioned, I don’t know all that much about this woman, but it seems that in this area at least she is a champion. She has the courage to speak the truth, even when such truth-telling is very costly indeed. She has had the strength of her convictions to call out the lamestream media, and for that she is paying a heavy price.

Would that more people in this industry follow her example and be willing to speak out. Yes, it may cost them their jobs, but it is so very important that we hear such truths. And please keep Logan in your prayers. I am not sure what her spiritual condition is like, but her boldness and risk-taking is to be strongly commended.

We need many more people like her. Three cheers for Lara Logan.