After the Apostle Paul had a radical conversion, he began to fearlessly proclaim the gospel, first to his fellow Jews. He then of course made a move into a rather different culture: that of the Greek-speaking Gentile world. Although his first world of operations was in one sense very close to his newfound faith, it was sufficiently different nonetheless.

Thus he could famously write in 1 Corinthians 1:23 that the gospel of Christ and him crucified was “a stumbling block to Jews and foolishness to Gentiles”. So Paul was already dealing in what we today call cross-cultural missions. Christianity grew out of Judaism but went greatly beyond it as well. 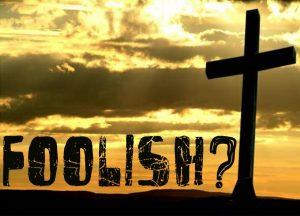 And his gospel message certainly offered major conceptual and worldview challenges to the Greeks. And it has ever been the case. The gospel of Jesus Christ transcends and challenges every human culture. I say all this because the work I do is often referred to as that of cultural missions.

I am not an overseas missionary as such, as I remain in my host culture (first America, and now Australia). But I share the biblical gospel as well as seek to interact with the culture. Thus my ministry, CultureWatch. It has to do with both proclaiming Christian truth when it comes to individual salvation, but also provides a biblical critique of modern Western culture.

So I am a cultural missionary and a cultural apologist. Many Christians of course have thought and written on such matters, including the noted British theologian and missionary, Lesslie Newbigin (1909-1998). Books of his such as Foolishness to the Greeks (1986) and The Gospel in a Pluralist Society (1989) have already become modern classics on these topics.

His books were birthed out of his own personal experience: he went to India in 1936 and worked there as a missionary for nearly four decades. But when he returned to the UK in 1974 he was rather amazed at how radically things had changed there. It was if he had entered another, new culture. If India had provided some culture shock, so too did the modern West in general, and his home country in particular.

They had effectively become post-Christian countries during his absence. They too were now in need of major evangelisation, just as India was and is. The culture had changed so dramatically that Newbigin had to think again of how to proclaim Christ in such a transformed culture.

That is always the undertaking we must be involved in as Christian evangelists and apologists. Cultures are always changing while we proclaim a changeless gospel. Missiologists have developed concepts and words for this, including “contextualisation.” How do we apply the never-changing truths of Scripture to ever-changing cultures?

As mentioned, I work as a sort of a cultural missionary. And we are no longer in just a post-Christian culture but an anti-Christian culture. So things certainly have changed radically over the past decades. We must find effective ways to share biblical truth to a culture that does not even believe in such things as truth anymore.

I have written before about Newbigin and the need to think carefully and prayerfully about how we best can share the good news with such radically different and hostile cultures. See this article from 2015 for example: billmuehlenberg.com/2015/10/09/newbigin-lewis-paganism-and-the-mission-of-the-church/

Consider first the words of C. S. Lewis. In 1954 Lewis said this in a lecture: “A post-Christian man is not a Pagan; you might as well think that a married woman recovers her virginity by divorce. The post-Christian is cut off from the Christian past and therefore doubly from the Pagan past.”

And he elaborated on this in 1962 when he penned an article called “Is Theism Important?” This short piece can be found in the collection of his essays, God in the Dock. In it he said this:

For a Pagan, as history shows, is a man eminently convertible to Christianity. He is essentially a pre-Christian, or sub-Christian, religious man. The post-Christian man of our day differs from him as much as a divorcée differs from a virgin. The Christian and the Pagan have much more in common with one another than either has with the writers of the New Statesman; and those writers would of course agree with me.

Although Newbigin does not mention Lewis in his 1986 book, he perhaps was aware of what he had said, since he makes a similar sort of remark. He writes about modern Western secularisation and quotes W. E. Gladstone about such things. He then says this:

What Gladstone foretold is essentially what has been happening during the 140 years since he wrote those words. The result is not, as we once imagined, a secular society. It is a pagan society, and its paganism, having been born out of the rejection of Christianity, is far more resistant to the gospel than the pre-Christian paganism with which cross cultural missions have been familiar. Here, surely, is the most challenging missionary frontier of our time.

Yes quite right. Both thinkers were fully aware of the new and difficult challenges Christians face today as we seek to share the gospel with modern pagans. But at this point the zealous and perhaps hyper-spiritual believer will become all rather impatient and complain: ‘Oh forget all this learned stuff – all you need to effectively share the gospel is the Holy Ghost. Don’t worry about culture and whatnot.’

Well yes, we most certainly need the Holy Spirit to be effective in our evangelism. Without him we have no hope of reaching anyone. But as always, God works through his people and often through normal channels. Thus if he calls an Australian to be a missionary in Japan, he likely expects of him all the usual preparation and training.

That is, the potential missionary will spend some time in properly preparing himself: he will take language courses to try to learn at least some Japanese. He will also seek to learn a bit about the history, people and culture of Japan. These are some basic and minimum prerequisites for effectively evangelising the Japanese people.

Sure, it is possible that God could just send an Aussie overseas with no such training, and miraculously open his mouth when he gets there and out flows perfect Japanese. Possible, but not likely. In the same way God could just zap every pagan on earth like he did Saul.

But that too is not how God normally operates. He entrusts US with the gospel, and he expects US to do the hard yards in reaching the lost. So to do this in a post-Christian or anti-Christian culture today, that means doing a bit of work. The overseas missionary learns the language and studies the culture of those he seeks to reach.

In the West today many of us may speak the same language as our surrounding culture, but we nonetheless live in an altogether different culture. Thus the good evangelist in Australia or America or Britain will do some necessary preparation. That will include some study of theology and some study of apologetics. The aim is to build bridges to the lost in order to reach them for the gospel.

Let me finish with two quotes from Newbigin, to tempt you to read more of this great thinker and missiologist. The first paragraph of his last chapter of Foolishness to the Greeks says this:

The church is the bearer to all nations of a gospel that announces the kingdom, the reign, and the sovereignty of God. It calls men and women to repent of their false loyalty to other powers, to become believers in the one true sovereignty, and so to become corporately a sign, instrument and foretaste of that sovereignty of the one true and living God over all nature, all nations, and all human lives. It is not meant to call men and women out of the world into a safe religious enclave but to call them out in order to send them back as agents of God’s kingship.

And the very final paragraph of The Gospel in a Pluralist Society says this:

In a pluralist society there is always a temptation to judge the importance of any statement of the truth by the number of people who believe it. Truth, for practical purposes, is what most people believe. Christians can fall into this trap. It may well be that for some decades, while churches grow rapidly in other parts of the world, Christians in Europe may continue to be a small and even shrinking minority. If this should be so, it must be seen as an example of that pruning which is promised to the church in order that it may bear more fruit (John 15:11ff). When that happens it is painful. But Jesus assures, “My Father is the gardener.” He knows what he is doing, and we can trust him. Such experience is a summons to self-searching, to repentance, and to fresh commitment. It is not an occasion for anxiety. God is faithful, and he will complete what he has begun.

Let me mention two more things before closing. One, the initial reason that I pulled from my shelves the volumes by Newbigin and Lewis was because of an article I came upon earlier today. It looks at similar matters concerning cultural apologetics and is well worth reading: www.christianitytoday.com/ct/2019/april-web-only/what-is-cultural-apologetics-paul-gould-excerpt.html?utm_source=ctweekly-html&utm_medium=Newsletter&utm_term=17195879&utm_content=646313337&utm_campaign=email

Two, although I had certainly been aware of Newbigin for quite some time, I first got one of his books a bit later on. I notice that in the opening flyleaf of my copy of The Gospel in a Pluralist Society there is a very nice inscription from my good friend Rikk Watts. He presented me with the book back in 1996 – presumably on my birthday – and in it he said some very kind words about me. Thanks again Rikk! Let us both keep keeping on with the work of the gospel.

5 Replies to “On Being a Cultural Missionary”