One of the clearest teachings of Jesus has to do with our public witness: how nonbelievers will know that Christ has sent us. He said our unity and love for one another will be what convinces the world that we are his disciples and that the Father sent the son. Let me offer just two key passages on this:

“My prayer is not for them alone. I pray also for those who will believe in me through their message, that all of them may be one, Father, just as you are in me and I am in you. May they also be in us so that the world may believe that you have sent me. I have given them the glory that you gave me, that they may be one as we are one—I in them and you in me—so that they may be brought to complete unity. Then the world will know that you sent me and have loved them even as you have loved me.” John 17:20-23 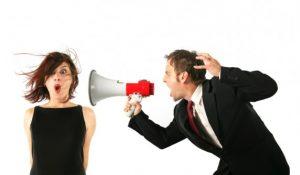 Sadly, however, we so often and so spectacularly fail in this regard. It is much easier to turn on other believers and attack them than try to show real love and oneness. Of course there is a place for calling out sin and error, and full fellowship is not always possible.

But we are far too quick to lay into one another, especially in public. Speaking of which, there have just been three clear examples of this taking place, so let me look at each one. Too often these incidents involve clueless and gutless Christians effectively denying the Lord as they assault his people.

Case one. This one involves an American Christian radio station and the prolife film, Unplanned. As I have written before, some num num Christians have actually attacked the film and even said Christians should not see it for various reasons. I kid you not! See here for more on this: billmuehlenberg.com/2019/04/03/unplanned-abortion-and-the-gospel/

But now we have this radio station banning commercials for the film because they claim it is too “political”. It seems these gutless wonders did not want to rock the boat, even though this is one of the most powerful and inspiring prolife tools around.

Indeed, many abortionists have left the industry because of this film. But these cowardly Christians would rather try to keep everyone happy. Not impressed! As Nancy Pearcey commented on the social media: “One reason so many Christians are unaware of what’s happening outside their tiny Christian bubble – radio that lulls them to sleep with ‘safe’ and ‘positive’ programming.”

You can read about this whole unsavoury episode here: www.faithwire.com/2019/04/12/christian-radio-k-love-banned-unplanned-ads-for-being-too-political-then-changed-its-mind/?fbclid=IwAR1U-xLViYsIlg3UN5FUPFfBAkYOk5UY_qV4wJ9BoctpHtKHy2cnqIz240M

Case two. My second example is something I have already penned four articles on recently. It concerns the bold Christian Israel Folau and all these quite worrying “Christian leaders” who have been publicly slamming him. I have pointed out how sad this is as these men pleasers attack Folau as they seek to show us how ‘spiritual’ they are!

See for example this article where I highlight some of this unhelpful activity: billmuehlenberg.com/2019/04/15/folau-and-the-fallout/

Sadly yet another Christian leader has joined in with this public slamming of Folau. And one commentator on my site sent me a link to it, telling me it was very good and well worth reading. This is how I replied to him:

Thanks ****. But to be honest I did not find it to be very good or worth reading. Instead I thought it was appalling – just another Christian leader ungraciously and publicly judging a fellow Christian, all the while telling us how wrong it is to speak ungraciously and judgmentally about other folks in public!

Indeed, Frost did not say ONE positive word about Folau, but just attacked him and falsely accused him. Frost tells us that Folau’s message was “soul-crushing, condemnatory, hateful”. Good grief! Folau merely quoted Scripture! Is that now sinful!? Why do I suspect that Frost and others like him would regard the words of Jesus and Paul as evil and hateful as well?

And yes, homosexuality – like all sins – happens to have a real element of choice involved. Sorry, but I have no time whatsoever for these hypocritical leaders who are so quick to judge courageous saints like Folau. Give me one bold albeit imperfect football player any day over these Pharisaic leaders. And THEY are the ones who need mentoring to overcome their men-pleasing and anti-biblical foolishness.

Case three. My final example is the most personal. As some of you might know, I am once again in Facebook Gulag. I am of course a repeat offender, and so another 30-day stint in the slammer is my fate. I wrote about it here: billmuehlenberg.com/2019/04/18/facebook-prisoner-9473782/

Now, whenever such incarceration takes place, I get a number of concerned Christians warning me of traitors in my midst – of trolls who are my FB friends and who are obviously reporting me to the Stalinists at FB. Now, as I have said often before, I have no idea how FB actually works.

It is, to use Churchill’s phrase about the Soviet Union, “a riddle, wrapped in a mystery, inside an enigma.” But I am fully aware that the FB totalitarians hate outspoken conservatives and Christians and are doing all they can to silence them, if not get rid of them altogether.

So yes, it could well be the case that fake friends on FB are routinely reporting me. Maybe they get their 30 pieces of silver from FB every time they do so. It reminds me of the truly dire and diabolical situation in China where the communist government is now offering folks $1500 each for turning in any Christians.
www.opendoorsusa.org/christian-persecution/stories/china-promises-financial-rewards-for-reporting-christians/

While I seek to be careful about who I accept as friends, fakes and trolls and enemies can always get in nonetheless. With 87 kazillion FB friends, it is just impossible to keep up with them all. Worse yet, those who may have been onside in the past may well have turned against me at some point.

Sadly many folks can be good haters. They can easily take offence at something and become embittered and unforgiving. Christians can carry on like this as well. I have known many such folks over the years. So it could well be that some disgruntled and hate-filled FB friends are turning me in out of spite.

And who knows, maybe they are getting FB rewards for doing so! But whatever the case, this seems to be another example of cowardly and compromised believers turning on their own. It happens all the time unfortunately. It is something we just will have to put up with until the Lord returns.

To wrap all this up, bear in mind that while unity is exceedingly important, so is truth. Unity cannot come at the expense of truth, so we need to keep the biblical balance here. But I have written on this often before, eg.: billmuehlenberg.com/2009/03/16/on-truth-and-unity-part-one/

And I can point to other useful resources in this regard. For example, one rather helpful book on all this is Divided We Fall: Overcoming a History of Christian Disunity by Luder Whitlock (P&R, 2017). So we must strive to take seriously the words of our Lord about unity and loving one another.

It is so very important. Sure, it is often not easy, but it is what we are called to do. As Chesterton reminds us, “The Bible tells us to love our neighbours, and also to love our enemies; probably because generally they are the same people.”

We will be betrayed and turned on by other believers. But we can seek not to be doing this ourselves. Staying on our knees before God is a good way to ensure we are not part of the problem here. And being reminded of our own depravity is another good way to keep things in focus.

As Spurgeon so helpfully put it:

Brother, if any man thinks ill of you, do not be angry with him; for you are worse than he thinks you to be. If he charges you falsely on some point, yet be satisfied, for if he knew you better he might change the accusation, and you would be no gainer by the correction. If you have your moral portrait painted, and it is ugly, be satisfied; for it only needs a few blacker touches, and it would be still nearer the truth.

21 Replies to “When Believers Turn On Their Own”