It can happen to the best of us: we all can say some rather silly and stupid things from time to time. But sadly some folks seem to have made an art form out of this. And it is even much more disturbing when Christians habitually do it. We find this happening far too often, especially with all the new social media platforms that allow anyone to spill their thoughts in public in an instant.

I come across these rather embarrassing and often just plain appalling comments and remarks all the time. Some appear on my website or social media pages, and some I just find floating around in cyberspace. In the past these ridiculous remarks were thankfully more or less limited in circulation and impact. 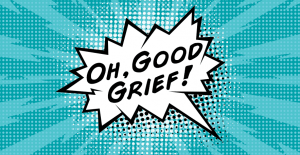 But now these reckless and thoughtless comments can reach countless folks via the web. There is no shortage of this. On any given day plenty of such statements, claims and opinions can be found. And as mentioned, the big worry is to see Christians coming out with so much nonsense, uninformed commentary, and just plain loony remarks.

The five examples I offer here are just a tiny sampling of course, and they are not meant to reflect on the ones saying these things. They are simply representative remarks of representative believers who would do well to perhaps speak out a bit less and read, study and think a whole lot more.

Example One. Some of these comments have to do with vital social and cultural issues of the day. I regularly have to answer Christians who offer rather sloppy thinking on key issues of the day. One person a while back said this in relation to the homosexual marriage debate: “Trying to forcing people who aren’t Christians to live by Christian rules is not the way to bring people to Christ.” I replied as follows:

What does standing for the true definition of marriage have to do with forcing anybody to do anything? Are Christians no longer allowed to share their views in public? And if something is right, it is good for all people, not just Christians. Should non-Christians be allowed to run red lights because they are not Christians? What a bizarre thing to say!

And just how do you bring people to Christ? By avoiding every controversial issue, by siding with the world, and by pretending that great social evil is something we can simply ignore? People come to Christ when they are exposed to truth, are convicted by the Holy Spirit, and repent of their sins and flee to Christ for mercy.

Example Two. Pseudo-spirituality, Pharisaic believers, and arrogant Christians are always among us. Consider as an example this comment I got some time ago: “Agreeing I am out of my depth regarding the entire libraries penned on this by men & will repect your request. Thanks again for allowing this much. Xx”

Oh dear. We had been going back and forth on a particular issue and I did what I usually try to do: use evidence, reason, facts and the like. But instead of dealing with the evidence, this hyper-spiritual type pulled the lame ‘Oh I am not into human wisdom – I only believe the Bible’ card.

I replied to this person as follows: “Respectfully, don’t get rather silly here. You of course are a man and most of what you are running with you have got from other men. So don’t try to elevate yourself spiritually here. We ALL depend upon various men, be they teachers, pastors, friends, etc., just as Christ intended us to, all under the Word of course. Blessings.”

But these folks think they are somehow so very spiritual that they have no need of human teachers and teaching. I have written before about this faulty and unbiblical thinking: billmuehlenberg.com/2018/03/18/divine-or-human-teachers/

Example Three. Sometimes it is not just what a person says that is so bad, but the cause they have decided to champion – at all costs. And one of the dumbest causes out there that some Christians will incredibly run with is the loony flat earth madness.

I recently saw one flat earther discussing Daniel 4:11 as part of his proof that the world had to be flat: “The tree grew large and strong and its top touched the sky; it was visible to the ends of the earth.” This guy provided a picture to “prove” that this could not occur if the earth were a sphere. Oh for heaven’s sakes (no pun intended). Um, the book of Daniel is filled with apocalyptic language, symbolism and imagery, much like Revelation.

And the context here is quite clear: a pagan king had had a vision of things to come in a dream. The Bible here was NOT describing any sort of scientific description of how this world is. Indeed, this becomes absolutely clear when Daniel interprets his vision. As he says in Daniel 4:20-22:

The tree you saw, which grew large and strong, with its top touching the sky, visible to the whole earth, with beautiful leaves and abundant fruit, providing food for all, giving shelter to the wild animals, and having nesting places in its branches for the birds—Your Majesty, you are that tree! You have become great and strong; your greatness has grown until it reaches the sky, and your dominion extends to distant parts of the earth.

Obsessed flat earth Christians can damage the cause of Christ so very much. These flat-brain Christians have managed to cling to one of the dumbest things out there as their pet cause and their big-ticket agenda item. But for a great rebuttal of all this flat earth idiocy – both biblically and scientifically – see the many helpful articles found here: creation.com/search?q=%22flat%20earth%22

Example Four. Sectarianism can always bring out the worst in some folks. Some Catholics absolutely hate Protestants, and some Protestants absolutely hate Catholics. I try to give both the cold shoulder on my site. These things can be argued ad infinitum and ad nauseam elsewhere. But here are two examples – one from each camp. Both came in as comments to my site – needless to say neither one was posted.

The first comes from a Protestant, obviously. I had written an article on “Three Easy Steps to Become a Cultist or Heretic” and this is what he said in a comment: “G K Chesteron was a Roman Catholic , the biggest cult of all time. Why not quote from the bible? Heresies divide the body. The Word of God properly understood unites us.”

UM, when you can’t even spell Chesterton’s name right, that is enough for me to have concerns. He is one of all my all-time favourite authors. Of course as an Evangelical Protestant I have some major theological differences with the Roman Catholic church.

But as I have said so often, I will take truth wherever it is found – within reason. And his silly remark about just quoting from the Bible was instantly rebutted by him given that he did not quote the Bible, but just gave us his own opinion! Good grief.

I so tire of folks like this. Brainless wonders who usually don’t have a clue. But for more on why I take the position that I do on these sectarian matters, see here: billmuehlenberg.com/2017/06/17/defence-protestantism-response-catholic-friends/

Example Five. My last example has to do with a very bizarre and rambling rant by a certain type of Catholic zealot. The entire comment is far too long to print here, so let me offer just the beginning and the end of it:

The Bible says 15 times … it *is not* the authority on Faith. Listed on my site at *****
The *BIBLE* says the very definition of Christianity are the Sources of Dogma of the Church. *Caution* > The Catholic Church has not had any physical properties since 8 December 1965, there has not been a Pope since 1914.
The Catholic writings of the new Testament do not even apply to heretics (“evangelicals”, “lutherans”, “methodists”, “presbyterians”, “anglicans”, “calvanists”, “vatican-2-ists”, etc.) since the Bible is a Christian writing and heretics are not Christian. Please see mountains of citations that heretics are not Christian on Sections 2 and 8 of the above site….

If you believe there is a website … besides THIS site, that is Catholic … please e-mail the site’s domain name to ***** … you will be quickly forwarded where it is wrong (the heresy) … and is thus working for your eternal damnation

Oh dear. This guy is fruit loop city. He is one of those folks who probably thinks that only him, his uncle, two of his friends, and his pet Chihuahua, are the real deal, and everyone else is doomed forever. Yikes stripes. Sadly there are plenty of others out there just like this guy. And now with the internet they can spread their mindless and moronic remarks far and wide.

Of course the point of this article is not to pick on certain individuals but to remind all believers that we must be very wise and careful in our public pronouncements. Thoughtless, uninformed and reckless comments and statements really can do great damage to the cause of Christ.

Everything we do we should do so that God is glorified. Offering silly, irresponsible and just plain false remarks online is not how we do this. So please think prayerfully and carefully before you speak – especially in the vast public world of cyberspace. Our Lord’s reputation is at stake.

20 Replies to “Christians Can Say the Dumbest Things”