Pop stars and rock stars are not usually known as great and enduring moral philosophers. And we should not expect them to be. But nonetheless, often what they say and sing about becomes a creed to live by, at least for all their adoring fans.

If a fave rocker said it, a legion of fans will believe it – and run with it. But this is not how we should determine eternal truths to live by. Seldom do our music legends provide us with anything worth hanging on to and turning into a textbook for life. 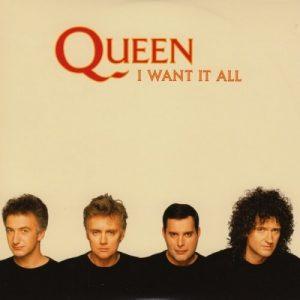 Instead, what they usually dish up is a whole lot of bad advice and lousy ideas. From John Lennon urging us to imagine life without religion (1971) to Kate Perry boasting about how she kissed a girl (2008), we get some pretty poor guidance and directions from most pop stars.

One could come up with hundreds more such artists and songs. While some may offer a bit of sensible and morally sound advice, far too many do not. It would require an article far longer than this to examine even a dozen of these questionable tunes.

But if you spend even a small amount of time on television you will find a lot of these songs as part of the advertising. Often they will resurrect some older song and give it new life by inserting it into some ad. I think that the advertisers are often targeting us baby-boomers (born between 1946 and 1964) who have grown up on many of these songs. They are trying to get us all nostalgic for the good old days, in the hopes that we will go out and buy their product or use their service.

So let me briefly look at three current television ads which have all featured some well known pop song or rock song from the past. Some of the tunes are very familiar indeed, but one or two I had to look up to discover who the original artist was, and when the song was first released.

And all three contain some really lousy advice on how we should be living our lives. Take it from me: you really don’t want to go down those paths!

The first one happens to be a milk ad, of all things. The song was only vaguely familiar to me, but a quick search turned up this information: the song, “Everybody’s Free (To Feel Good)” came out in 1991 by Rozalla, Zambian-born Zimbabwean singer. A video of the song is found here: www.youtube.com/watch?v=WI42hQHfbi8

Yes I know, it is just some pop song. But pop songs can have incredible influence and power – especially over many adoring young fans. They will have the words memorised and going through their minds all day. And many will accept them as some sort of profound moral truth.

But we have a problem here, certainly from a Christian point of view. We are not actually free, but born into sin. That enslaves us, and we cannot get out of it by ourselves. Only Christ and the work he did at the cross on our behalf can truly free us. Otherwise we may think we are free but we are not.

And when we are set free, it is NOT to just feel good – whatever that means. We are then free to serve God and others. Becoming really free means we can become who we were meant to be, and be a force for good in the world. Simply wanting to feel good is a dead-end philosophy.

So simply feeling good is no way to map out your life and determine what your moral compass in life should be. It is usually a recipe for disaster, and the last thing we should run our lives by is our ever-changing feelings and moods. Mature adults need much more than that to live a good life.

Do what you wanna do

One old rock classic – at least in Australia – has had a new lease on life in a current television ad. The original song from 1971, “It’s Because I Love You,” by the Master’s Apprentices, can be found here: www.youtube.com/watch?v=oKE2hmgzUgo

A new rendition of this song is now featured in a Westpac Bank ad. The song contains the refrain “do what you wanna do, be what you wanna be, yeah”. Once again, this is not exactly sage advice. It is similar to the shortcomings of the other song: it is all about self and selfishness.

And not everything we might want to be is morally advisable. Some folks might want to be a bank robber, or a hooker, or a drug dealer, or an ISIS fighter, etc. There are plenty of things we really should not be or become. No man is an island, and in a world with other people, we always have to say no to certain whims and desires.

Indeed, the mark of a civilised society and a mature individual is putting restraints on your appetites, saying no to every fleeting desire that pops up, and learning how to live a life of self-discipline and self-restraint. No healthy individual can live as a perpetual child, always demanding his or her own way. They must learn to curb their appetites, be willing to defer desires, and say no to instant gratification.

And no society can last long without such curbs as well. It must learn to live within constraints. It must live within its means. It cannot keep spending more than it takes in. It must be based on a moral foundation to ensure it stays on track. So I am afraid that this song is another failed candidate for any sort of life guidance.

I want it all

My final television ad – for Foxtel – features a classic old 1989 Queen song, “I Want It All.” The original can be found here: www.youtube.com/watch?v=hFDcoX7s6rE

As mentioned, this is always very bad advice. Toddlers of course operate this way, but we do not expect adults to function like this. A child will see a toy, desire it, and simply grab it – even if another child was happily playing with it.

It takes some careful socialisation and good parental input over some years to teach a child not just to run with every single impulse and desire that comes along. They have to live in a world of other individuals, and that means learning to compromise, to give and take, to defer gratification of desires, and develop the ability to self-sacrifice.

A normal adult functions this way, as does a properly functioning society. An adult or society that stresses absolutely nothing but wanting it all and wanting it now will not last long at all. Our prisons are full of people who wanted it all, who could not wait to get something properly, and who demanded their own way – at the expense of everyone else.

Yet we have had hundreds of millions of people growing up on such songs, soaking up not just the music but the message as well. They have been given some very terrible advice. They have been fed lies. They have been deceived. Sure, not all of our problems are due to pop songs with stupid and harmful messages alone. But they have certainly played a role in all this.

Popular culture as a whole has a lot to answer for. Whether it is MTV or movies or television or pop songs or advertising, it is all contributing to a culture of spoiled brats, immature adolescents, and people consumed with self and self alone. That is not going to end well.

As mentioned, some songs can offer a positive and beneficial message. And other songs – at least indirectly – can serve as warnings about how we should NOT be living our lives. The Christian satire site Babylon Bee recently featured one such song as a case in point. The piece began:

A recent survey performed by CCLI confirmed that AC/DC’s hard rock classic “Highway to Hell” is more theologically accurate than 96% of the songs that most worship bands play on any given Sunday. The study examined over 800 songs and compared their theology to the Scriptures, and found that the Australian rock group’s 1979 classic was “significantly more accurate” than over 96% of them.

“While modern worship songs tend to contain little theology, an anaemic view of sin, and a poor understanding of the work of the Holy Spirit, ‘Highway to Hell’ has a very biblical view of the doctrine of hell,” a CCLI rep said. “Lead singer Bon Scott had a clear understanding of man’s natural inclination toward sin and the inevitable judgment of God that follows.”
babylonbee.com/news/study-highway-hell-theologically-accurate-96-modern-worship-songs

Yes quite so. Often satire can get us very close to the truth indeed. And sometimes a pagan rock band can give us more theological truth than many contemporary worship songs do. But don’t get me started on modern Christian music! I have written on this elsewhere however: billmuehlenberg.com/2015/01/12/truth-and-encouragement-in-song/

The moral of the story is this: don’t get your life counsel and moral road map from rock songs and pop stars. Most of them will lead you straight to the pit. They will take you on a highway to hell. They will not help you as you navigate your way through life, and most will result in a truncated and damaged life.

And it may be time for at least some Christians to wean themselves off of heavy doses of pagan and ungodly music!