“No cross, no crown” is how we referred to this matter in Part One. Throughout the Bible our present sufferings are tied in with our glory to come. I have already looked at some key passages on this, but many more can be appealed to. One such important passage is found in the second half of Romans 8.

Verse 18 summarises things nicely: “I consider that our present sufferings are not worth comparing with the glory that will be revealed in us”. And in verses 35-39 Paul lists the many forms of suffering and hardship the believer can expect. 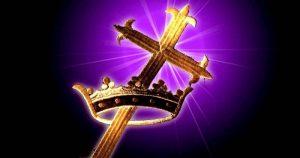 By casting all this in an eschatological framework, Paul in effect can minimise such sufferings. They are just not comparable with future glory, although they also seem to be indispensable to that glory. As F. F. Bruce comments, speaking on Romans 8:18-30, “It is not merely that the glory is a compensation for the suffering; it actually grows out of the suffering. There is an organic relation between the two for the believer as surely as there was for his Lord.”

Or as James Dunn says about 8:17, “Suffering with Christ is not an optional extra or a decline or lapse from the saving purpose of God. On the contrary, it is a necessary and indispensable part of that purpose. Without it future glory would not be attained.”

Douglas Moo says this concerning the same verse: “What Paul is doing is setting forth an unbreakable ‘law of the kingdom’ according to which glory can come only by way of suffering. For the glory of the kingdom of God is attained only through participation in Christ, and belonging to Christ cannot but bring our participation in the sufferings of Christ.”

And commenting on verse 18, Moo states, “But a Christian views the suffering of this life in a larger world-transcending context that, while not alleviating its present intensity, transcends it with the confident expectation that suffering is not the final word”.

In his commentary on Romans John Stott said this: “The sufferings and the glory belong together indissolubly. They did in the experience of Christ; they do in the experience of his people also (17). It is only after we ‘have suffered a little while’ that we will enter God’s ‘eternal glory in Christ’, to which he has called us (1 Pet. 5:10). So the sufferings and the glory are married; they cannot be divorced. They are welded; they cannot be broken apart.”

In 2 Corinthians 4 Paul makes a similar point, arguing that the glory of his ministry of necessity comes through his weakness. Indeed, one could argue that the whole epistle is making this theme. But in this chapter he makes it clear that his weakness and suffering are the means by which God’s power and glory are revealed. The two are inexorably linked. As Scott Hafemann comments:

Taken together, these twin emphases of Paul’s ‘theology of the cross’ and ‘theology of glory’ are not contradictory, but complementary. He is not combating a theology of glory with a theology of the cross, but showing their essential unity. . . . In Paul suffering is a sign that the kingdom of God has not yet been consummated, his endurance is evidence that it has been inaugurated. The power of the new creation (4:6) is being mediated in the midst of this evil age (4:3) through Paul’s suffering (4:7-11), which is itself an expression of God’s triumph over Satan.

Marva Dawn argues this case in her important 2001 study, Powers, Weakness, and the Tabernacling of God:

Even as Christ accomplished atonement for us by suffering and death, so the Lord accomplishes witness to the world through our weakness. In fact, God has more need of our weakness than our strength. . . . God’s way is not to take us out of our tribulations, but to comfort us in the midst of them and to ‘exchange’ our strength in the face of them. By our union with Christ on the power of the Spirit in our weakness, we display God’s glory.

Consider 2 Cor. 4:17: “For our light and momentary troubles are achieving for us an eternal glory that far outweighs them all.” Here we see Paul setting the afflictions of this life beside the glories to come. Suffering seems bound up with our future inheritance: no suffering, no glory.

As Philip Hughes says, “The astonishing fact that the decay of the outward man is accompanied by the renewal of the inward man is not merely an experience; it has an inner logic. The affliction endured is itself in process of achieving or making effective the surpassing glory. . . . The burning flames of affliction are also flames resplendent with glory.”

And R. Kent Hughes – whose expository sermons he entitles “Power in Weakness” – says this about the passage:

This is theological reality for all those who through grace have become children of God. When the apostle suffered affliction, he did not focus his thoughts on how heavy the affliction was but on how heavy the glory would be because of the affliction. If we, in the midst of our affliction, will see it as it is, we will find our voices again and sing songs in the night. The truth is that our momentary afflictions are “preparing” us for an eternal load of glory out of all proportion. Are you going through a tough time? The afflictions will pass. Believe it. Don’t lose heart. And more, embrace the fact that the fires are burning away the dross so that a load of glory will be yours.

Paul here does not downplay his suffering. But by comparing earthly suffering with heavenly glories, the former becomes much more bearable. Perspective, in other words, brings suffering into its proper light. As Sam Storms puts it:

Paul was no Pollyanna. The suffering in his life very real, not imaginary, and if viewed only from an earthly or temporal perspective would probably be more than any human might endure. But when viewed from the vantage point of eternity, “the suffering took on the opposite hue – it seemed slight and temporary. The eye of faith,” notes Murray Harris, “creates a new perspective.”

“Note carefully the contrasts in view: “momentary” is contrasted with “eternal,” “slight” is set against “weight,” and “affliction” is counterbalanced by “glory”. Paul uses similar language in Romans 8:18. There he says that “the sufferings of this present time are not worth comparing with the glory that is to be revealed to us.”

These are just some of the various passages that can be appealed to on this topic. But you should be getting the drift by now. Suffering in the present, and then glory to come, is the divinely appointed order of things. This was certainly true of Jesus, and it is also true of his followers.

That this suffering is part and parcel of the Christian calling may not be a pleasant truth, but it is a necessary truth. And it is not just believers today who shrink away for suffering – or even the very thought of suffering. Writing back in 1441 Thomas A Kempis noted this same tendency:

Jesus has now many lovers of His heavenly kingdom; but few are hearers of His cross. He has many that are desirous of consolation; but few of tribulation. He finds many companions of His table; but few of His fasting. All desire to rejoice with Him; but few are willing to bear anything for Him. Many follow Jesus to the breaking of bread; but few to the drinking of the cup of his passion. Many reverence His miracles; but few follow the ignominy of His cross. Many love Jesus as long as they meet with no adversity; many praise Him and bless Him, as long as they receive some consolations from Him.

All the great saints of the past, and of today, know about these truths. Consider just one such modern-day champion – someone who has known all about pain and suffering for so much of her life: Joni Eareckson Tada. She writes,

“The best we can hope for in this life is a knothole peek at the shining realities ahead. Yet a glimpse is enough. It’s enough to convince our hearts that whatever sufferings and sorrows currently assail us aren’t worthy of comparison to that which waits over the horizon.”

Let me finish with two quotes from John Stott. In his very important 1986 book The Cross of Christ, he devotes an entire chapter to “Suffering and Glory”. In it he says this:

“It is, then, the hope of glory which makes suffering bearable. The essential perspective to develop is that of the eternal purpose of God, which is to make us holy or Christlike. We ought frequently to meditate on the great New Testament texts which bring together the past and future eternities within a single horizon.”

“We have to learn to climb the hill called Calvary, and from that vantage-ground survey all life’s tragedies. The cross does not solve the problem of suffering, but it supplies the essential perspective from which to look at it.”

Part One of this article can be found here: billmuehlenberg.com/2019/08/17/suffering-and-glory-part-one/