Everyone wants glory, but few want suffering. But the two are bound together:

Hands up – who wants glory? Hands up – who wants suffering? It is not hard to know which option will be the most popular. We all want the former while not too thrilled about the latter. But for the Christian, we should understand that the two are fully linked.

Even non-Christians understand this. “No guts, no glory” is how some folks would put it. Or again, “No pain, no gain.” But as the Christian would say, “No cross, no crown”. The Bible makes it clear that if we are to enjoy the glory of God, we must embrace suffering as well. We cannot have one without the other. 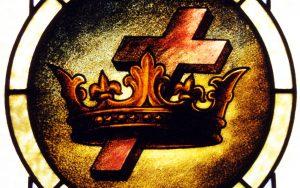 In his book The Message of Evil and Suffering, Peter Hicks puts it this way: “If we had the opportunity to ask the New Testament writers, ‘Why suffering’, we might well get the answer, ‘Glory’. Prefigured in the Servant Song of Isaiah 52:13-53:12, the concepts go together all through the New Testament.”

They certainly do. But most Christians today miss this connection, just as they did in the days of Jesus. The disciples back then misunderstood the real nature of Christ and his kingdom. They had a skewed view of kingdom values. The story of James’ and John’s mother comes to mind here.

In Matthew 20:20-22 we read this: “Then the mother of Zebedee’s sons came to Jesus with her sons and, kneeling down, asked a favor of him. ‘What is it you want?’ he asked. She said, ‘Grant that one of these two sons of mine may sit at your right and the other at your left in your kingdom.’ ‘You don’t know what you are asking,’ Jesus said to them. ‘Can you drink the cup I am going to drink?’ ‘We can,’ they answered.”

Here we see the usual attitude: everyone wants glory, but nobody wants what must precede it in God’s kingdom: suffering, self-denial and the cross. As Leon Morris says of this passage,

They were clearly viewing the kingdom in terms of the contemporary understanding of splendor; Jesus would reign, they thought, over a realm much like that of the Romans, only more glorious. Despite all the teaching Jesus had given, they had still not realized that the kingdom meant lowliness, sacrifice, and rejection in this world. Who would ask for places of honor in such a kingdom? Who could ask for places of honor in it?

A good question indeed. Who is asking for the type of discipleship demanded by Jesus? The disciples of Jesus missed this, as did the pious Jews of the day. Common to Jewish belief was the notion that when the day of the Lord arrived, suffering would come to an end. They certainly did not expect to see it increased.

Indeed, the day of the Lord was inaugurated in a quite unexpected way. A baby was born who would die on a cross. The manner of the entry of God’s kingdom into the world caught everyone off guard. As David Garland says of Jesus’ announcement that “the kingdom of God is near” in Mark 1:15:

“The symbol of God’s sovereignty is not a scepter or a mace that God uses to break the bones of his opponents, but the cross, on which the blood of the Son of God is shed. Victory is hidden in the cross. Power is to be found in powerlessness.”

The Jews were thinking about the great deliverers or judges, like Samson or Gideon. Peter had this faulty notion in mind of a coming conquering king instead of a suffering servant. As we read in Matthew 16:21-23 (= Mark 8:31-33):

From that time on Jesus began to explain to his disciples that he must go to Jerusalem and suffer many things at the hands of the elders, chief priests and teachers of the law, and that he must be killed and on the third day be raised to life. Peter took him aside and began to rebuke him. ‘Never, Lord!’ he said. ‘This shall never happen to you!’ Jesus turned and said to Peter, ‘Get behind me, Satan! You are a stumbling block to me; you do not have in mind the things of God, but the things of men.’

After he rebuked Jesus, Peter is in turn rebuked by Jesus. Peter must learn that the way of suffering, the way of the cross, is the way to victory. The cross must precede the crown. Says Morris, “For Jesus suffering was the essence of messiahship.”

D. A. Carson puts it this way: “As Satan offered Jesus kingship without suffering (4:8-9), so Peter does the same, adopting current expectations of victorious messianic conquest. Jesus recognizes the same diabolical source behind the same temptation.”

In his book The Gospel According to Job, Mike Mason incisively notes, “At that moment, was not Peter engaged in an activity identical to that of Job’s comforters? He was negating the spiritual worth of suffering. He was trying to persuade his friend to take the triumphalist highway rather than the narrow path of the cross.”

It is interesting that this event occurs close to the episode of the transfiguration of Jesus. Thus it ties in the mountain top experience with the previous episode that we have just been discussing. Suffering and rejection are connected to victory and glory. Garland nicely expresses this relationship in his remarks about Mark’s account of this (Mark 9:2-8):

The Transfiguration, therefore, serves to confirm that the suffering Jesus will endure is not incompatible with his glory. The scene functions like a hologram. For a brief moment, the disciples glimpse the truth as divine glory shines through the veil of suffering. It foreshadows the time when God will gloriously enthrone Jesus after the degradation of the cross. This white flash of the splendor to come brightens the dark cloud of tribulation that presently hangs over Mark’s readers and confirms Jesus’ promise that those who follow and suffer for him will not have done so in vain.

Thus suffering must be embraced, if we are to also enjoy glory. The Book of Revelation makes this idea of suffering before glory quite clear: “In a loud voice they sang: ‘Worthy is the Lamb, who was slain, to receive power and wealth and wisdom and strength and honor and glory and praise!’” (Rev. 5:12).

The context of chapter 5 is the throne room of God where John weeps because no one can be found to open the scroll with seven seals. An elder tells John that the Lion of the tribe of Judah, the root of David can. Yet John sees not a Lion but a Lamb, looking as though it had been slain (v 6).

As David Aune remarks in his commentary, the striking contrast between the two images suggests the contrast between the type of warrior messiah expected by first-century Judaism and the earthly ministry of Jesus as a suffering servant of God (see Matt 11:2-6 = Luke 7:18-23). Or as J. Ramsey Michaels says, “the Jewish Messiah is the Christian Messiah; the triumphant Lion is the slaughtered Lamb; the mighty King is the crucified divine Savior.”

Often in the Old Testament the two aspects (the suffering and the glory – the lamb and the lion) are contained in the same passage. Consider for example Isaiah 61:1-2: “The Spirit of the Sovereign LORD is on me, because the LORD has anointed me to preach good news to the poor. He has sent me to bind up the brokenhearted, to proclaim freedom for the captives and release from darkness for the prisoners, to proclaim the year of the Lord’s favor and the day of vengeance of our God, to comfort all who mourn.”

John Oswalt comments, “This synthesis of the Servant and the Messiah is of the greatest importance. . . . Jesus’ appropriation of these words in Luke 4:16-21 plainly indicates that he understood himself to be the realization of the synthesis that Isaiah was describing in the Servant/Messiah.”

Another key passage is 1 Peter 1:10-11: “Concerning this salvation, the prophets, who spoke of the grace that was to come to you, searched intently and with the greatest care, trying to find out the time and circumstances to which the Spirit of Christ in them was pointing when he predicted the sufferings of Christ and the glories that would follow.”

Given what we have already noticed about Peter’s life when Jesus was still on earth, this is a remarkable statement. It represents a major readjustment of Peter’s spiritual understanding. As Norman Hillyer expresses it, “Once Peter had tried to thwart Jesus from fulfilling the role of the Suffering Servant. But now he has come to realize that this is the clue to the proper understanding of Jesus’ ministry as Messiah.”

Peter has now got it right. To anticipate future glory, one must embrace present suffering. As Peter Davids remarks, “The order is critical: the glories follow the sufferings. Neither Christ nor his people receive the crown of glory without the crown of thorns.”

Plenty more texts can be examined here, so further passages will be discussed in Part Two of this article: billmuehlenberg.com/2019/08/17/suffering-and-glory-part-two/

2 Replies to “Suffering and Glory – Part One”