Yes this is well worth asking: Am I an enemy of God?

How’s that for the title of an article on a Christian website? Indeed, how’s that for a sermon title or a book title? Some of you are probably thinking only some fightin’ fundie would come up with something like that. Only some guy trapped in the Old Testament would speak about such things. 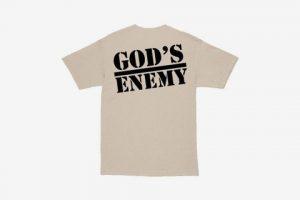 What if I told you that so much of what we believe about God is simply wrong and unbiblical? Too many folks have simply created a god in their own image. They refuse to run with the one true God and his revelation of himself. So they come up with counterfeits – that is, with idols.

So let me speak about this matter of enmity with God in more detail. But first, let me offer a few quotes that help set the stage for this. As A. W. Tozer famously put it in the opening words of his classic 1961 book, The Knowledge of the Holy:

What comes into our minds when we think about God is the most important thing about us. The history of mankind will probably show that no people has ever risen above its religion, and man’s spiritual history will positively demonstrate that no religion has ever been greater than its idea of God. Worship is pure or base as the worshiper entertains high or low thoughts of God.

James Montgomery Boice may well have had this quote in mind when he said something similar several decades later:

No people ever rise higher than their idea of God, and conversely, a loss of the sense of God’s high and awesome character always involves a loss of a people’s moral values and even what we commonly call humanity. We are startled by the disregard for human life that has overtaken large segments of the western world, but what do we expect when countries such as ours openly turns their back upon God? We deplore the breakdown of moral standards, but what do we expect when we have focused our worship services on ourselves and our own often trivial needs rather than on God? Our view of God affects what we are and do.

Exactly right. We need to have God’s view of God, not our own view. And that includes seeing his perfect holiness and hatred of sin. Those who want nothing to do with such a God are portrayed in Scripture as God’s enemies. And that ultimately means every single one of us.

Until we lay down our arms and come to God through Christ in faith and repentance, we are in a state of enmity with God. That is the plain teaching of all of Scripture. But let me offer some of the passages about the enemies of God as found in the New Testament.

One obvious candidate for an enemy of God is Satan. As we read in 1 Peter 5:8, “Be self-controlled and alert. Your enemy the devil prowls around like a roaring lion looking for someone to devour.” And what we find in 1 Timothy 5:14 is most likely a reference to Satan as well: “So I counsel younger widows to marry, to have children, to manage their homes and to give the enemy no opportunity for slander.”

Jesus also says the same, when he gave the parable of the sower. In Matthew 13:38-39 he says: “The field is the world, and the good seed is the sons of the kingdom. The weeds are the sons of the evil one, and the enemy who sowed them is the devil.”

But as mentioned, all human beings, because of the Fall, are also viewed as enemies of God until they turn from their sin and turn toward God. Paul makes this clear in various places. For example, in Romans 5:10 he says, “For if, when we were God’s enemies, we were reconciled to him through the death of his Son, how much more, having been reconciled, shall we be saved.”

And in Colossians 1:21-22 Paul makes a similar point: “Once you were alienated from God and were enemies in your minds because of your evil behavior. But now he has reconciled you by Christ’s physical body through death to present you holy in his sight, without blemish and free from accusation.”

Also, Paul in Acts 13:10 rebuked a false prophet with these words: “You are a child of the devil and an enemy of everything that is right! You are full of all kinds of deceit and trickery. Will you never stop perverting the right ways of the Lord?”

And these enemies who do not turn to Christ will one day face the judgment of God. The writer of Hebrews speaks of those who have “only a fearful expectation of judgment and of raging fire that will consume the enemies of God” (Heb. 10:27).

And Paul speaks of this as well in 1 Corinthians 15:24-25: “Then the end will come, when he hands over the kingdom to God the Father after he has destroyed all dominion, authority and power. For he must reign until he has put all his enemies under his feet.”

Those who are redeemed are also warned about not again becoming enemies of God. James for example warns about worldliness: “You adulterous people, don’t you know that friendship with the world is hatred toward God? Anyone who chooses to be a friend of the world becomes an enemy of God” (James 4:4).

Paul also offers warnings about this, as in Philippians 3:18-19: “For, as I have often told you before and now tell you again even with tears, many live as enemies of the cross of Christ. Their destiny is destruction, their god is their stomach, and their glory is in their shame. Their mind is set on earthly things.”

As these passages make clear, there are indeed enemies of God. In light of all this, the only really important question in life that we must ask ourselves is this: “Am I an enemy of God?” What is my standing with God – is it a state of enmity, or one of reconciliation?

Those are vitally important questions that we all need to ask ourselves. We need to be made friends again with God – that is what the word reconciliation means. Instead of enemies, we become friends. Paul in 2 Corinthians 5:17-21 discusses this ministry that all believers have:

Therefore, if anyone is in Christ, the new creation has come: The old has gone, the new is here! All this is from God, who reconciled us to himself through Christ and gave us the ministry of reconciliation: that God was reconciling the world to himself in Christ, not counting people’s sins against them. And he has committed to us the message of reconciliation. We are therefore Christ’s ambassadors, as though God were making his appeal through us. We implore you on Christ’s behalf: Be reconciled to God. God made him who had no sin to be sin for us, so that in him we might become the righteousness of God.

Are you reconciled with God? And if you are a Christian and you are reconciled to God, it is also worth asking if the life you are living indicates that you still may be an enemy, because of carnality, compromise and worldliness. These sorts of questions deserve to be asked now, and not put off any longer.