Are you having a godly influence?

I sometimes question whether what I do is worthwhile, and whether it is paying any eternal dividends. Worse yet, to be honest, I sometimes even wonder how many folks might show up at my funeral! One very influential and important Australian Christian that I used to work for had some 5000 people at his funeral. 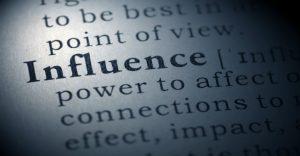 I think I will be doing well to get 50 max at mine (hopefully some family members will roll up!). But a few recent events, along with a few things I once again read in Luke’s gospel yesterday, provide the backdrop for my latest musings.

As some of you might know, I am in Ghana at the moment. (Let me selfishly throw in a prayer request here: tomorrow is my last day of meetings and then I make the long and gruelling flights home. As I am not able to sleep when travelling, I will have almost 40 hours from when I wake in the morning to when I walk through my home door on Sunday morning. Your prayers will be most appreciated thanks!)

A good part of the reason why I am in Accra is because I guess I had a bit of influence at one point. I have taught many hundreds of students over the years at Bible colleges and so on, but I suspect that a good 98 per cent of them have forgotten all about me. “Bill who?” they might ask.

But thankfully God often will have at least one or two that you did have an impact on. One student from around 18 years ago was a young African man. He seems to have benefitted from my teaching, and so he followed me online over the years, and even bought some of my books on homosexuality.

He passed them on to some important movers and shakers here in Ghana, and since they are quite concerned about the inroads of homosexual activism in Africa, they have put together a few conferences on all this, and as a result, I got the invite. So that is why I am here, and it has been a real blessing to get to know so many great champions in the faith in Ghana, as well as catch up with my former student.

I wrote up my impressions of the church in Ghana and the culture wars in an earlier piece: billmuehlenberg.com/2019/10/31/ghana-christianity-culture-wars-and-the-west/

So I can say that at least one of my students seems to have had some sort of positive impact from my life and work. Hey, that’s one. Of course some others over the years have said similar sorts of things. For example, some years ago at a Christian function a guy who was a Federal Senator for a smaller Christian party that often held the balance of power said he was in office partly because I had spoken at his church perhaps a decade earlier, and my talk had made some sort of positive impression on him.

Hmm, that’s two! Hopefully there are a few others. But we will not know fully until we get to heaven as to what sort of influence we actually had, and what kind of impact we had for the work of the gospel. In this life we do not often get much feedback about all this.

Which is a shame, because every day another Christian leader or worker or pastor has quit – given up – because of discouragement, despair and despondency. They seldom hear any positive feedback, but often hear plenty of criticism. Too many simply quit running the race as a result.

So the lesson is, we need to encourage one another. We all can get discouraged and feel like giving up, so we need to offer some positive feedback to others. And the two relevant passages from Luke that tie into all this are these. In Luke 17:11-19 we read about how Jesus healed ten men with leprosy.

Yet we read that only one of the ten came back and thanked Jesus. Hmm, just ten per cent. But I guess that is a bit better than the one student out of 30 that may have said they appreciated my teaching. The point is, if we did the Lord’s work only based on how many folks thank us or give us positive feedback, there would be very few Christian labourers out there!

The second story I just again read was that of the Parable of the Ten Minas. Remember the words of the master to the faithful steward as found in Luke 19:17: “Well done, good and faithful servant!” That should be enough: knowing that our labour in the Lord is not in vain (1 Corinthians 15:58), and one day if we faithfully served our Lord, we too will hear those welcoming words.

That will make everything worthwhile. Sure, it is nice to get a bit of positive feedback in this life now and then, but if we have served Christ devotedly and faithfully, we will get those wonderful words one day. That should be enough to keep us going.

So keep on keeping on my friends. You just never know how much impact you are having, how many people you are influencing for good, and how much the Kingdom is advancing because of your labours with the Lord. We will find out one day, but in the meantime, we must keep steadfast and unmovable, always abounding in the work of the Lord (also 1 Corinthians 15:58).

22 Replies to “On Having an Influence”