Can Biblical Christianity and karma coexist?

Is the Eastern concept of karma the same as some principles found in biblical Christianity? The short answer is no: karma and grace are as profoundly different as are Eastern religions and Christianity. But let me offer the longer answer to this question. 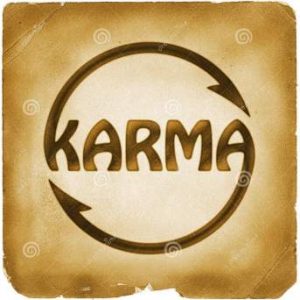 The best way to do this is to get some clarity on just what the term actually means in Eastern thought, and what the Christian faith has to say about such matters. While Hinduism and Buddhism differ in a number of key respects, they both affirm the notions of karma and reincarnation.

Briefly put, our current situation is a result of decisions and actions (good and bad deeds) made in our past lives. In an iron-clad law of cause and effect (karma), what you do in your past lives will have consequences in your present and future lives.

We are trapped in the wheel of birth, death and rebirth (samsara), and our actions keep compounding in upcoming lives. There are certain ways of breaking free of this, or finding release or liberation, (moksha) to get off this relentless treadmill. In Buddhism for example, as per the Four Noble Truths, the elimination of all craving and desire leads to final emptiness and liberation.

Obviously Christianity does not teach reincarnation, but resurrection. As Hebrews 9:27-28 puts it, “And just as it is appointed for man to die once, and after that comes judgment, so Christ, having been offered once to bear the sins of many, will appear a second time, not to deal with sin but to save those who are eagerly waiting for him.”

But does not Christianity teach a law of cause and effect as well? Not quite. What we find in Galatians 6:7-9 comes the closest to this thought: “Do not be deceived: God is not mocked, for whatever one sows, that will he also reap. For the one who sows to his own flesh will from the flesh reap corruption, but the one who sows to the Spirit will from the Spirit reap eternal life. And let us not grow weary of doing good, for in due season we will reap, if we do not give up.”

But the differences are pronounced. As far as the fate of the saved and the lost is concerned, this is determined in one lifetime only, not over many thousands of lifetimes. And it is not about trying hard enough, trying to be good, or hoping you have more good deeds in your ledger than bad ones.

We are all sinners heading to a lost eternity. Only what Christ did at Calvary as he took our place for the punishment we deserve for our sins can make a difference in our lives. Those who come to Christ in faith and repentance can find forgiveness of sins and the gift of eternal life. This is all of grace.

And we do not always get just what we deserve thankfully. We all deserve hell, but those who partake of what Christ offers us can avoid the just punishment that we deserve and become part of God’s family. That is grace, and it really is the polar opposite of karma.

Moreover, karma is an impersonal force whereas the God of the Bible is a personal God that we can have a loving relationship with. Thankfully God offers us his love and grace freely, if we will but accept it and turn from our sin and selfishness.

Let me offer another way of highlighting the differences. In his book, The Lotus and the Cross: Jesus Talks with Buddha (Multnomah, 2010), Indian-born Ravi Zacharias offers us a conversation between a seeker, Buddha and Jesus. Part of the dialogue goes as follows:

Priya: May I… may I ask about myself, here? What then happens to all the evil that I lived with in the past, if I cannot do anything about it?

Jesus: I have paid for it, Priya. I have paid for it. Old things can pass away and I can make all things new. I took the evil and suffering of this world. I bore it on my body. I carried your heartaches and your sorrows so that you can remove the weight of wrong and put it on my shoulders. I came into the world to bear those very sins. You may be like a lotus seedling still submerged under the water; someone else may be a full-grown plant. It makes no difference. The Cross is for everyone who thirsts for forgiveness and for eternal life. A child can come to me, as can the most learned. There is only one way.

Buddha: This “suffering that you have borne for my sin…” I almost see it, Jesus. But somehow I don’t see how it is just.

Jesus: If justice is what one wants, untempered by mercy, then where is there any recourse for Priya? Justice is fulfilled when one offers to pay the full price of restitution on behalf of another who cannot pay. Karma will never pay, Gautama. Go and ask anyone here if they expect to attain nirvana this time around. They never know if it’s paid.

Priya: So you’re telling me that as I place my trust in you, I can go back to my room knowing that I’ve been completely forgiven?

Jesus: I’m telling you more than that. Though this body of yours will die, you will rise again and live forever, because I rose from the dead and offer eternal life to everyone who believes in me.

Biblical salvation has nothing to do with how one might find release from the cycle of birth and rebirth in Eastern thought. We cannot pay off the debt we owe. Unless someone else pays the debt, we are goners. Jesus has paid the debt. That is the good news of the gospel which offsets the bad news of karma.

But there is a sense in which even the Christian can experience a type of sowing and reaping. For example, if a believer feeds the flesh (eg, watches TV all day, hangs around with the wrong crowd, avoids reading the Word, prayer and Christian fellowship, etc.), he will certainly be reaping fleshly outcomes.

That in good measure is what Paul is talking about in the Galatians passage quoted earlier. John Stott nicely explains Paul’s thinking here:

To ‘sow to the flesh’ is to pander to it, to cosset, cuddle and stroke it, instead of crucifying it. The seeds we sow are largely thoughts and deeds. Every time we allow our mind to harbour a grudge, nurse a grievance, entertain an impure fantasy, or wallow in self-pity, we are sowing to the flesh. Every time we linger in bad company whose insidious influence we know we cannot resist, every time we lie in bed when we ought to be up and praying, every time we read pornographic literature, every time we take a risk which strains our self-control, we are sowing, sowing, sowing to the flesh. Some Christians sow to the flesh every day and wonder why they do not reap holiness. Holiness is a harvest; whether we reap it or not depends almost entirely on what and where we sow.

And again: “This is a vitally important and much neglected principle of holiness. We are not the helpless victims of our nature, temperament and environment. On the contrary, what we become depends largely on how we behave; our character is shaped by our conduct. . . . The old adage is true: ‘Sow a thought, reap an act; sow an act, reap a habit; sow a habit, reap a character; sow a character, reap a destiny.’ This is good, biblical teaching.”

Nor are we the helpless victims of karma. But this passage is about how the Christian – who is already saved by grace (justification) – lives the Christian life (sanctification). So it has absolutely nothing to do with the Eastern concept of karma, and how to break free from it.

In Eastern thought we are left to our own devices, and hopelessness is really our default setting. It is basically bad news. In Christianity your hopeless condition is dealt with by God’s Son. Those who avail themselves of the finished work of Christ find forgiveness of sins and peace with a personal, loving God. Now that is good news.

14 Replies to “Karma Versus Christianity”