Is the concept of reincarnation compatible with biblical Christianity?

Here is something you can count on: those who insist that all religions are basically the same really do not know much about them. No one who actually knows something about the major religions can make such foolish claims. While there are some similarities, there are far more crucial differences.

Consider the main religions of the East and compare them with biblical Christianity. The beliefs found in Hinduism and Buddhism for example are markedly different than what is found in the Judeo-Christian faiths. One need not even believe in God to be a good Buddhist, while the Hindu can worship millions of gods.

Judaism and Christianity are monotheistic, not polytheistic nor pantheistic. And Christianity declares there to be one personal, eternal God, but in three co-equal and co-eternal persons. That alone puts it in a different category altogether from the religions of the East. 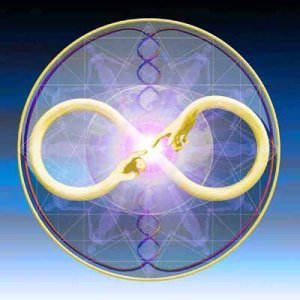 But consider one particular belief found in most Eastern religions: reincarnation. In a companion piece I already looked at the belief in karma and how that ties in with the belief in reincarnation. I noted that Christians reject karma, but believe in grace: billmuehlenberg.com/2019/12/26/karma-versus-christianity/

It is worth looking a bit more closely at the matter of reincarnation. By way of a brief definition, it should be noted that the terms “reincarnation” and “transmigration” are similar, yet different. The former refers to the soul going through various human lifetimes via birth, death and rebirth. The latter term states that the soul can also pass through animals or even inanimate objects.

As discussed in my earlier piece, many lives are required to deal with one’s karma. The life we now live is determined by actions of past lives. This immutable law of cause and effect can take many thousands of lifetimes before final release or liberation is achieved.

Christianity however teaches nothing of the sort. As Robert Morey has put it: “Reincarnation conflicts with every essential truth of historic biblical Christianity.” In his book New Birth or Rebirth?, Ravi Zacharias offers us an imaginary conversation between Krishna and Jesus. In the discussion Jesus says this to Krishna:

Here is another difference between what we teach. Abraham was called the “man of the tent” and the “man of the altar” in his time. This was because he understood that life is temporary and sacred. Your assertion that everyone has pre-existed is totally contrary to my teaching. You teach that life, or history, is cyclical. I teach that life, or history, moves in a straight line. I teach that it is appointed to every man, woman, and child to die once and after that to face judgment before God.

His final line is a reference to Hebrews 9:27. We get only one chance at getting things right. Our choices in this current life are what really matter. As Paul put it in 2 Corinthians 6:2: “Behold, now is the favorable time; behold, now is the day of salvation.”

Instead of a continuous cycle of birth and rebirth, Christianity – like Judaism – teaches that we have just one life in which to deal with the God question. It declares that we are all sinful creatures, alienated from our Creator. Jesus Christ and his death and resurrection have dealt with the sin question, opening the way for us to get right with God by repentance and faith in Christ.

Because Jesus was raised from the dead, Christians have that hope as well. We too will be raised and enjoy eternal fellowship with the Father, Son, and Holy Spirit. Paul in 1 Corinthians 15 discusses the resurrection in great detail. He concludes with these words in verses 54-57:

When the perishable puts on the imperishable, and the mortal puts on immortality, then shall come to pass the saying that is written:

The sting of death is sin, and the power of sin is the law. But thanks be to God, who gives us the victory through our Lord Jesus Christ.

That is tremendous news indeed. And this is radically different from the Eastern conception of moksha (enlightenment or emancipation). We do not need many thousands of lifetimes to achieve anything: we can come to Christ now and receive forgiveness of sins and life everlasting.

But some folks try to find some support for karma and reincarnation in the Bible. Back in my hippy days I read many books on the occult and eastern thought. One writer I often turned to was Edgar Cayce, a “clairvoyant” who wrote a number of books on these subjects.

One volume written about him was called Many Mansions: The Edgar Cayce Story on Reincarnation. The title refers to the words of Jesus in John 14:2 (KJV): “In my Father’s house are many mansions.” The authors claimed that this meant Jesus taught reincarnation. What in the world this verse has to do with reincarnation however is beyond me!

Another biblical passage sometimes appealed to is John 9:1-2: “As he passed by, he saw a man blind from birth. And his disciples asked him, ‘Rabbi, who sinned, this man or his parents, that he was born blind?’” But one simply needs to read verse 3 to see that this has nothing to do with karma and reincarnation: “Jesus answered, ‘It was not that this man sinned, or his parents, but that the works of God might be displayed in him’.”

And some claim that John the Baptist must have been a reincarnation of Elijah, based on what we find in Matthew 11:14. But Norman Geisler and Thomas Howe in When Critics Ask demolish that faulty understanding:

First, John and Elijah did not have the same being—they had the same function. Jesus was not teaching that John the Baptist was literally Elijah, but simply that he came “in the spirit and power of Elijah” (Luke 1:17), namely, to continue his prophetic ministry.

Second, Jesus’ disciples understood that He was speaking about John the Baptist, since Elijah appeared on the Mount of Transfiguration (Matt. 17:10–13). Since John had already lived and died by then, and since Elijah still had the same name and self-consciousness, Elijah had obviously not been reincarnated as John the Baptist.

Third, Elijah does not fit the reincarnation model for another reason—he did not die. He was taken to heaven like Enoch, who did not “see death” (2 Kings 2:11; cf. Heb. 11:5). According to traditional reincarnation, one must first die before he can be reincarnated into another body.

As I said in my piece on karma, there is of course a general principle of cause and effect – of sowing and reaping. I mentioned Galatians 6:7-9 in this regard. Other passages can be mentioned, such as Hosea 8:7 which says, “For they sow the wind, and they shall reap the whirlwind.”

Various Proverbs can be mentioned as well. Here are two of them:

“The wicked earns deceptive wages, but one who sows righteousness gets a sure reward.” (Proverbs 11:18)

“Whoever sows injustice will reap calamity, and the rod of his fury will fail.” (Proverbs 22:8)

Other such passages could be mentioned. But all these are general principles of living – in this life – and NOT iron-clad laws of cause and effect that apply to one’s soul over a multitude of lifetimes until we get things right.

And as I said in my previous piece, this applies to Christians as well. If you feed the flesh and ignore all things spiritual, you will not grow in your faith, but will go backwards. So as a general concept there is validity to the sowing and reaping concept. But this is light years away from the Eastern concepts of karma and reincarnation.

So the biblical Christian can have nothing to do with these non-Christian beliefs. They fully fly in the face of Christian teachings. They totally undermine and render superfluous the work of Christ at Calvary on our behalf. And they belie the biblical truth that as fallen sinners we cannot save ourselves, and we need help from without. That is just what God did by sending his Son to enable us to be set free from sin and self, and to live a new life for God and others.

Mark Albrecht concludes his book on reincarnation with these words:

It should be rather obvious now that reincarnation is incompatible with the biblical view of God and humanity. . . . Reincarnation obviously cannot be grafted onto Christianity. . . . [Immortality] is a gift of God imparted to the redeemed, by which all who trust in Jesus are raised from their natural state of physical and spiritual death. Eternal life is not just the next step of spiritual evolution whereby we merely slide into another realm or move grudgingly on into a new body to receive a fresh allotment of karmic affliction. . . . Jesus of Nazareth came and died to stop “the wheel of birth, death and suffering,” not to keep it rolling.

There are plenty of books featuring Christian critiques and assessments of Eastern religions, the New Age Movement, and the occult. But let me here offer books that are fully devoted to the matter of reincarnation. They all came out during the New Age craze, and would be out of print, but they still can be found in second-hand bookshops.

3 Replies to “Reincarnation Versus Resurrection”