What are the key differences between Buddha and Jesus?

Buddhism, an offshoot of Hinduism, is a major Eastern religion which differs markedly from biblical Christianity. And Buddha differs markedly from Jesus. Let me begin with a brief overview of his life. First note that Buddha is a title (it means “the enlightened one”). His actual name was Siddhartha Gautama.

Although our earliest written documents about him come hundreds of years after his death, what follows are some commonly accepted details. He was a prince, born into a very wealthy family near the Himalayas around 500 BC. He was carefully sheltered from the harsh realities of life. 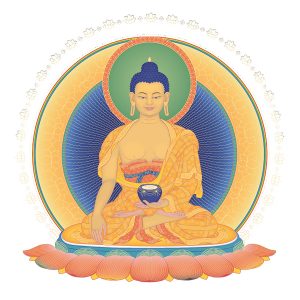 When he eventually caught some glimpses of the real world – people dealing with real suffering – he decided to leave home and seek enlightenment. He left his wife and son as he sought to understand why pain and suffering existed, and what the solution might be. He did not accept the standard Hindu concept of evil as maya (illusion).

After some years of living a life of asceticism, renunciation, and meditation, he did discover enlightenment. Afterwards he gathered disciples around him, travelled, and shared his teachings with others. As such, Buddhism is an evangelistic faith.

His fundamental beliefs are found in the Four Noble Truths. Briefly stated, they are: suffering is a fundamental aspect of life; suffering comes from cravings and desires; the goal of our spiritual path is to overcome suffering by overcoming desires (nirvana); and this is achieved by following the Eightfold Path (which includes things like right views, right speech, right effort, and right actions).

Today there are various schools of Buddhism, and not all Buddhists share the same beliefs. But the core teachings just mentioned are commonly held to. So how does Buddhism compare to Christianity? How does the Buddha compare to the Christ? Many major differences can be mentioned.

Buddhists do not even need to believe that God exists, whereas Christians are of necessity theists. They believe that God the creator is distinct from his creation. Christians are not pantheists. As mentioned in previous articles in this series, Eastern religions view history as being cyclical, while Christianity views it as being linear. Buddhists and Hindus believe in karma, while Christians believe in grace: billmuehlenberg.com/2019/12/26/karma-versus-christianity/

In biblical Christianity salvation has to do with real sin that needs to be atoned for. We cannot save ourselves, and God has entered our world to deal with the sin question. The life, death and resurrection of Jesus comprise the Christian’s hope for liberation and reconciliation with God. All that is quite different from what Buddhists believe.

And the Christian does not view all desire as being wrong of course. The Bible says there are many things we may rightly desire. For example, the psalmist said this:

One thing I have desired of the Lord,
That will I seek:
That I may dwell in the house of the Lord
All the days of my life,
To behold the beauty of the Lord,
And to inquire in His temple. (Psalm 27:4)

Jesus said that we are blessed if we hunger and thirst after righteousness (Matthew 5:6). And Paul said in 1 Corinthians 14:1, “Pursue love, and earnestly desire the spiritual gifts.” Sure, there are many things we should not crave or desire. But desire in itself is not necessarily wrong.

And seeking to avoid all suffering is not the ultimate end of life. Redemptive suffering is hugely valuable, and Jesus is the perfect example of one who suffered redemptively – for you and for me. Also, what ails us is far deeper than just wrong desires. Sin is the problem. And it is not just that we sin, but we are sinners. We cannot save ourselves – no matter how many lifetimes we go through.

So Jesus the Suffering Servant did what we could not do for ourselves. And if we accept the redemptive work of the cross, we can find our own emancipation and liberation – from sin and self. And then we can have a restored relationship with the God who created us. All that can be done in our life now, not in an endless cycle of thousands of lives.

And consider the life and teachings of these two individuals. Some fundamental differences between the Buddha and the Christ include:

Finally, since the Buddha looked for answers to the issues of pain and suffering, let me focus a bit more on that. As mentioned, he said that we suffer because we desire and crave so many things. If we renounce all such desires and attachments, we will be freed from pain and suffering.

Living the life of a Buddhist monk is one key way to experience this necessary renunciation, and to learn first hand what life is like without attachments and cravings. Real happiness and peace come from detachment and renunciation. But how does all this square with biblical Christianity?

As I have already discussed, there are such things as good and godly desires. And not all suffering is to be avoided. The Bible repeatedly speaks about the value of suffering and hardships, and how they can make us more Christlike and more in tune with the sufferings of others. While the Buddha sought to avoid all suffering, Jesus embraced suffering – for our sakes. He is the Suffering Servant the prophet Isaiah spoke about (Is. 52:13-53:12).

In his important 2014 book Why Suffering?, Ravi Zacharias speaks to these contrasts:

It does not seem accidental that the night Gautama Buddha left his palace to pursue an answer to pain and suffering was the very night his wife was giving birth to their son. In his quest to eliminate suffering, he actually walked out and left his wife alone in the throes of her pain. Contrast this with the God of the Bible, who came into this world Himself in the person of His Son to suffer on the cross, to embrace pain and suffering for the sake of humanity. Buddha walked away from his son and from pain. In Christianity, God is part and parcel of the solution. In nontheism or atheism, God has nothing to do with either the problem or the solution. What difference does this starting point make? … For the Christian the suffering of the cross is at the heart of the gospel.

Let me close with one more quote from Zacharias, this time from his incisive 2000 volume, Jesus Among Other Gods:

How is it possible for the sacred to acknowledge the reality of evil and still be able to offer a morally justifiable explanation? The core of the Christian message posits a way that by all estimates has been a unique and matchless expression in the face of evil. Jesus described His journey to the cross as the very purpose for which He came. His death in that manner brings a message with double force. It demonstrates the destructiveness of evil, which is the cause of suffering and, in Jesus’ example, the ability to withstand suffering even though it is undeserved. Suffering and pain did not spare the very Son of God.

Much more can be said on all this, and there are many good resources available. There are numerous books which offer a Christian examination and assessment of world religions. The following are some helpful books looking specifically at the religions of the East.

9 Replies to “Buddha Versus Jesus”