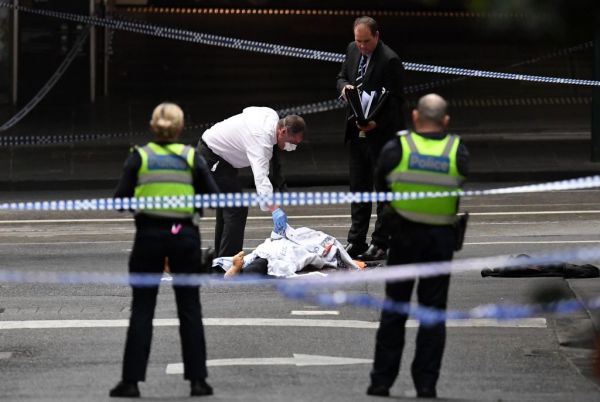 A police officer inspects a body at the crime scene following a stabbing incident in Melbourne on November 9, 2018. – A knife-wielding attacker killed one person and injured two others in a rush hour stabbing rampage in downtown Melbourne on November 9, before being shot and captured by police. (Photo by WILLIAM WEST / AFP) (Photo credit should read WILLIAM WEST/AFP/Getty Images)