Here are 15 new important books you should be aware of:

In a time of forced lockdown, what better way to spend your time than to get through a substantial pile of important books? Yes I realise that my articles on books and theology and the like are never exactly my most popular pieces, but perhaps with a bit of enforced downtime, maybe some folks will be more inclined to turn to books and reading.

If so, and if they are Christians who have any sort of appreciation for the use of the mind, then they may well like my latest list of books for the thinking Christian. As usual, the volumes listed here reflect my particular interests and perhaps biases. That means they are mainly about things like theology, biblical studies, church history, ethics, apologetics, commentaries and the like. 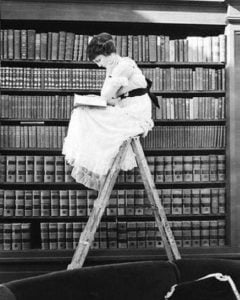 All up I feature 15 new books here (or in a few cases, more or less new). Almost all are penned by evangelicals or conservative Christians. And most should be accessible at good Christian bookstores. Here then are my recommended 15 titles for the corona lockdown and beyond.

For centuries scholars have argued over things like the historical Jesus, the reliability of the New Testament, the nature of the biblical gospels, the resurrection of Jesus, and related issues. Here a stellar team of biblical scholars, theologians, New Testament specialists and apologists, including Craig Evans, Michael Licona, Larry Hurtado, Scot McKnight, Michael Bird, Craig Keener, and Daniel Wallace look at a number of these important topics, defending the traditional Christian understanding of them.

This is really the first of two commentaries on Job by the American Old Testament specialist. Although running to over 400 pages, it is in fact a somewhat more popular level commentary, and a forthcoming work will be even more detailed, more academic, and more scholarly in nature. But that is not to say this volume is lacking in any way. Brown provides his own Hebrew translation, examines key controversial passages in detail, and presents mature theological reflection throughout. A very welcome addition to the already existing collection of evangelical, conservative commentaries on this key OT book.

Brown, Michael and Craig Keener, Not Afraid of the Antichrist. Chosen Books, 2019.

For some folks this may be my most controversial offering. That is because some folks hold so strongly to their particular eschatological theory, that they often will view anyone who dares to think differently on this secondary matter as a heretic – or worse. The subtitle tells us exactly what the book is about: “Why we don’t believe in a pre-tribulation rapture.” They make a careful biblical, theological and historical case for why they believe that.

Clark, Kelly James, God and the Brain: The Rationality of Belief. Eerdmans, 2019.

With so much interest lately in things like neuroscience and cognitive science of religion, mainly from those who are philosophical naturalists, there is the need for a detailed Christian response. Indeed, many of those promoting this deny such basic things as the mind, the soul, consciousness, and individual personality. The biblical worldview differs, but how can it interact with and assess these new claims? Here the Christian philosopher and apologist shows us a way forward.

For several years now the “Great Thinkers Series” has looked at influential figures from a decidedly Christian (and particularly, Reformed) viewpoint. Others that have been covered include Aquinas, Barth, Hegel, Dawkins, Foucault and Nietzsche. In this volume we have a brief (120-page) but detailed examination of the life and thought of Marx. Here the Marxian philosophy of history is especially examined and assessed, with Dennison looking at it in the light of key biblical categories.

All those familiar with the very important early church creed, The Apostles Creed, will know that this excellent but brief summary statement of the Christian faith contains one very short phrase that has puzzled and perturbed many. What does it mean to say that Christ descended to the dead between his crucifixion and resurrection? What exactly happened on that Saturday – a day talked little about in Scripture? A number of passages do give us some hints here, such as Ephesians 4:7-10 and 1 Peter 3:18-22. In some 250 pages the American theologian offers us a very detailed biblical, historical and theological look at what happened during this period.

With so much talk about refugees, asylum seekers and immigration, how is the Christian to think about the ethics and politics of taking in strangers? Old Testament scholar Firth looks at one aspect of the Scriptural witness: the role of the foreigner in the former prophets. Thus he closely examines what Joshua, Judges and the books of Samuel and Kings have to say about the matter. He demonstrates that Israel was never meant to be an exclusive people, and that God always had a plan for the nation that began with Israel.

OK, this is an admittedly somewhat narrowly-focused book, dealing with the Westminster Assembly (1643-1653) and how it dealt with the problem of antinomianism. But the broader implications are relevant for all believers today. When the authors of the Westminster Confession of Faith sought to uphold classic Reformed teachings on the grace of God, they also had to deal with the errors of those who taught that since we are under grace we can be rather cavalier about sin in the life of the believer. This is a rich treatment of not only historical theology, but of practical biblical Christianity.

It is common for many today to play down the notion that America had a particularly Christian heritage. Many argue that most of the Founding Fathers were merely deists, and not Christians. Are these and related claims true? Hall, a professor of politics looks at the accusations carefully and finds them to be wanting. They are not only false, but Hall argues that “America’s founders were influenced in significant ways by Christian ideas when they declared independence from Great Britain, drafted constitutions, and passed laws to protect religious liberty.”

Theology keeps evolving, and new theologians keep appearing on the scene. Trying to keep up with it all can be a daunting task, so a number of books have appeared over the past few decades examining modern theology. This, the newest, is a very helpful look at nearly 40 recent theologians and theologies, such as Hegel, Wittgenstein, Tillich and Bultmann; dispensationalism, the social gospel, Pentecostalism, post-Vatican II Catholic thought, process theology, liberation theology and open theism. A helpful introduction indeed.

Although another somewhat older volume, it is not one that I have yet discussed, so it is worth including here. The laments in Scripture get little attention from most Western Christians. Whether the numerous lament psalms, or the book of Lamentations, we tend to ignore this genre as it does not fit in with so much of our ‘positive thinking’ and ‘me-first’ Christianity. Here a helpful and challenging look at the book of Lamentations from a theological, pastoral and prophetic perspective is presented. A helpful reminder for the need of a theology of suffering.

Stanley, Alan, ed., The Role of Works at the Final Judgment. Zondervan, 2013.

OK, my oldest book here, but still important. There are several series out there which give us ‘three views on this’ or ‘five views on that’. In this book in the Counterpoint series, we have four views on how we are to understand the role of works at the last judgment. Since most Protestants agree that we are saved by grace through faith, and not by works, how then should we understand the final judgment? The views here range from works simply determining our rewards, not our salvation, to works will merit eternal life. Scholars interacting here include James Dunn and Thomas Schreiner

This book is “a guide to contemporary thought and culture” as the subtitle puts it. As the West grows increasingly secular and distances itself from its Christian past, it becomes more and more hostile to Christian beliefs and values – but to its own detriment. Veith looks at how the biblical worldview offers a superior way of addressing issues like the nature of reality, the meaning of personhood and human sexuality, what the good society looks like, and so on. A detailed and incisive look at the lostness of modern culture, and the remedy offered by biblical Christianity.

Wilson, Jared, The Gospel According to Satan. Nelson, 2020.

In this easily accessible volume the American pastoral ministry professor looks at “eight lies about God that sound like the truth.” These include: God wants us to be happy; the cross is not about wrath; your feelings are reality; God helps those who help themselves; and your life is what you make it. These false and damaging beliefs are not only found in secular culture, but in far too many churches. Wilson capably demolishes these myths and points us back to the real gospel of the real God in the real Bible.

One cannot offer a list of important new titles without including something by Wright. Whether or not one always agrees with him in all areas, he is certainly prolific, and his works do make us think – and rethink – many of our theological and biblical understandings. Here he discusses a number of related themes, such as the Christian view of history, the place of natural theology, the nature of biblical eschatology, and the promise of the new creation. One sentence – out of 330 pages – helps sum up his case: “The new-creational task of bringing healing and justice to the world, including not least the holding to account of the powers of the world, is one of the church’s powerful ways of saying that the present creation matters and so it’s worth putting it right, rather than saying, as the church has often done, that the present creation doesn’t matter so that we can back off and leave the task of putting it right to others.”

(Australians will find most of these books at Koorong: www.koorong.com/)

3 Replies to “Essential Christian Reading During the Corona Lockdown”