Do you feel that so much of your life has been wasted? There is hope if you do:

I stayed up till 2 this morning watching the first two hours of the three-hour live stream memorial service for the great Christian evangelist and apologist Ravi Zacharias. I just now watched the final hour of it. No true follower of Christ cannot be deeply touched by it.

The inspiring and moving service featured so many terrific Christian reflections, including from US Vice President Mike Pence, footballer Tim Tebow, and hip hop artist Lecrae. Even though it first aired just a half day ago, it has already been viewed a half million times. It can be found here: www.youtube.com/watch?v=LBZxZG9nkC0 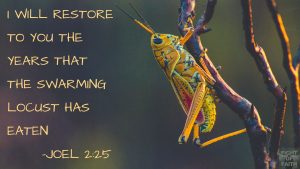 Would that we all lived a life so pleasing to God and so devoted to the Kingdom. Ravi of course greatly loved God and he greatly loved others. He is now enjoying his eternal rest, and he certainly has heard from the Lord those words we all long to hear: “Well done, good and faithful servant.”

His life and recent death, along with some other things of late, have caused me to reflect on my own life. I don’t know about you, but I often look back at my life with some regret, thinking about how much of it has been wasted. I sometimes even wonder how I might have done things differently had I a chance to do it all over.

But that of course is not going to happen, so one cannot dwell on the past. But what a person can dwell on is what he or she will do with the years that we still have left. We cannot undo what has gone before. But we can perhaps learn from the past, and seek by God’s grace to more wisely and faithfully live out the rest of the days that God gives us on earth.

We cannot change what has gone before, but with God’s help we can see some things redeemed or restored. That is certainly the great hope that we read about in passages like Joel 2:25. The book of Joel is quite short, with only 73 verses found in 3 chapters.

It speaks about the Day of the Lord and divine judgment on Judah and the nations. The book contains the famous word about a locust plague which speaks to both judgment and future restoration. It also has the grand promise of God’s spirit being poured out on all flesh (Joel 2:28-32) which Peter runs with in his sermon at Pentecost (Acts 2:14-21).

Verse 25 of the second chapter says this:

I will restore to you the years
that the swarming locust has eaten,
the hopper, the destroyer, and the cutter,
my great army, which I sent among you.

While the verse’s primary interpretation has to do with Israel’s restoration, its secondary application has been used by believers for millennia. What has been lost can somehow be restored. Of course that is not just a blank cheque, but in many ways is dependent upon the repentance of God’s people.

We too may have lost so many years due to sin or disobedience or sloth or carelessness or selfishness, and so on. But if we turn back to God and ask him to help us in the days ahead to honour him and glorify him, he will hear our prayers and he will bring restoration.

That is good news. It sure is for me. I feel so much of my life has been wasted. I did not become a believer till I was 18 ½. Yes, God even then was building into me what he wanted me to run with as a believer. But so much of my near half century of being a Christian has been spent on self. I grieve often when I look back on my life.

So I need to cling to a passage like Joel 2:25. And other verses can be appealed to here as well – at least in terms of secondary application. Think of the book of Haggai, which is about encouragement to rebuild the temple. In Hag. 2: 9 we read this: “The latter glory of this house shall be greater than the former, says the Lord of hosts.”

That is also quite encouraging. But let me return to Joel 2:25. Just one commentator will suffice here, and he is worth quoting from at length. David Prior says this about this passage:

The locusts had brought devastation over a lengthy period… Those years had been utterly and completely negative – wasted years, lost time, nothing but misery and deprivation, erosion of potential. A natural human tendency, once they have finally been concluded, is to consign them to the past as a particularly bad memory: better not even to think about them, let alone speak about them.

But God says, I will restore those years. The meaning of the Hebrew word is ‘repay’, ‘pay back’, ‘make up for’. It has legal connotations, meaning ‘compensation’. God, in acknowledging all the damage done to the land and to the people, promises to provide ample compensation for all they have suffered.

He goes on to speak about legal compensation, big payouts, and the like that we find in places like present day America. He notes that for, say, a grieving parent, no amount of money can make up for the lost loved one or take away the hurt and loss. He continues:

That is probably how the people felt in Joel’s time about the years devoured by the locusts. But God declares: ‘They are not lost; they are not wasted; they are not irredeemably negative. I want to make them up to you. I was ultimately responsible for them in the first place, and, if you can now accept the painful and perplexing truth in that – indeed, if you can see them, in retrospect, as my gift to you – then you are in the best place for me to restore them to you. If you choose to write them off and to wipe them out of your memory, then what I am going to do in restoration will probably pass you by. It will certainly not be the time of full re-creation which I have in mind for you.’

Because the historical origins of the word ‘restore’ or ‘repay’ are in the lawcourt, it is easy to think of God’s relationship with his people in legalistic terms, and to interpret this verse accordingly. Indeed, the first use of the word is in a chapter dealing with making restitution for various injuries, insults and damages acquired in everyday life (Ex. 22). It is not in the Lord’s nature to pay us back in a tit-for-tat fashion. He is just and righteous, certainly, but he does not treat us as we deserve. If for a moment he were to behave like that, we would be annihilated.

The steadfast love and compassion of our Father God drives him in all his dealings with his people. This is, at once, both within our comprehension (because we know such stirrings in our own human relationships) and beyond our comprehension (and therefore we oscillate in our reactions between awe at over-the-top magnificence and resignation at such inscrutable purposes, neither of which seems just or fair).

God has, then, declared what he is about to do by way of unrestrained blessing. Now (26-27) he spells out what this will mean for his people, and they will realize afresh that he has dealt wondrously with them.

Amen. Do you ever feel like you have wasted far too many years of your life? Do you ever wish you could do it all over again? Well, God is able to help us pick up from where we left off, and to carry on for him. God can restore to us what has been lost. The question is, will you let him do this for you? Do you really want to see this restoration? Are you willing to say no to self and yes to God to make it happen?