New Age thought and the new spiritualities have nothing in common with biblical Christianity:

The term “New Age” appeared in the 1980s, but many (including myself in my hippy days) were into this sort of stuff even much earlier. It is a default spirituality for many in the West today. Plenty of folks have given up on biblical Christianity, but they think they are still being truly spiritual by running with NAM beliefs and practices.

Indeed, the New Age Movement (NAM) is really not at all new, being a revival of old paganism, old Gnosticism, and old Eastern thought. As Douglas Groothuis has put it, “New Age spirituality is a rather eclectic grab bag of Eastern mysticism, Western occultism, neopaganism and human potential psychology. But New Age spokespeople tend to view the true essence of all religion to be one.” 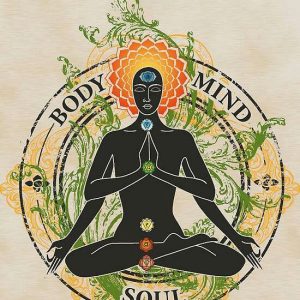 Bear in mind that what we find in the West is of course a very sanitised, safe and Westernised version of what has been taught in the East for millennia. The more traditional ideas or practices that are deemed to be unpleasant or overly demanding are simply discarded, while general concepts and feel-good activities are run with.

In the NAM the essential oneness of all religious teachings and practices is emphasised, while the distinctives are played down or denied. But as I wrote in an earlier piece, this is to do injustice to the various world religions which most certainly are very different: billmuehlenberg.com/2019/12/29/world-religions-versus-christianity/

While the NAM is very diverse with all sorts of beliefs, teachings, gurus, practices, and leaders, there are some common core basics that most people hold to. And because the NAM is so heavily steeped in Eastern thought, much of what is found in this movement is what we find in the religions of the East (Hinduism, Buddhism, Taoism, Confucianism, etc.).

Thus pantheism – the belief that God is everything – or panentheism – the belief that God is in everything – are very common beliefs in the NAM. The more traditional monotheistic religions that posit a divine creator who is completely distinct from the creation do not find much of a run in the NAM understanding of things – or they are twisted and distorted to fit in with Eastern views. See more on this here: billmuehlenberg.com/2010/01/09/pantheism-and-biblical-christianity/

It follows therefore that monism (the idea that all is one) is also a big part of NAM teaching. As will be seen in a moment, salvation usually has to do with realising that we are already one with everything and one with the divine – indeed we ARE divine, but we just don’t know it yet.

That leads to another major component – Gnosticism. This was a religious and philosophical system that existed during the early Christian era. Salvation was said to come through gnosis (= knowledge). A special, hidden, esoteric knowledge was revealed only to an elite, select group. This was based on a view of the world which says that matter is evil and spirit is good, so we need to transcend the material world.

Given that reality is really a unified, interrelated, interdependent whole, and that all is one, all is god, and all is energy, all perceived differences are only apparent and must be overcome. As in basic Hindu teaching, we are really already part of the One, but we just don’t know it yet.

Since all is god, energy, consciousness, that means I am divine – I am part of God’s essence. Overcoming our ignorance of these truths, and renouncing our individualism and merging with the One (like a drop of water disappearing in an ocean) is our aim. This also means that I control my own destiny and I can script or create my own reality.

To achieve this cosmic consciousness, plenty of occult (= secret or hidden) beliefs and practices are found here. Thus there are things like astrology, tarot cards, spiritism, consulting the dead, spirit mediumship, creative visualisation, fortune telling, astral projection, rebirthing, yoga, and the like (most of which is forbidden in the Bible). These things are routinely utilised, often as an aid in attaining cosmic consciousness, of growing spiritually, and of achieving enlightenment.

And to overcome our false consciousness and beliefs, and to deal with our accumulated bad karma, reincarnation is seen as a major component of our spiritual development. This too is a staple of Eastern thought, and I have already discussed how these things are NOT a part of biblical beliefs: billmuehlenberg.com/2019/12/26/karma-versus-christianity/

There is also the belief in a coming spiritual and even political utopia – the age of Aquarius. The old Christian age is ending and a New Age is beginning, an age of peace and harmony. These folks often speak of planetisation – a vision for a unified global community. The political outworking of this includes globalism, global socialism, and one-world government.

As contrasted to the more traditional religions and their practices, the NAM emphasis is on the mystical, the subjective, and the personal – not on the logical, creedal or propositional. All the emphasis is on spiritual experiences and subjective religious encounters, not on various doctrinal teachings and beliefs.

It is by playing down the actual doctrinal beliefs of other religions that the New Ager can so easily incorporate all teachings and beliefs into their own worldview. Doctrinal differences do not matter – achieving spiritual liberation and enlightenment is what counts.

Even with this all-too-brief account of general NAM understandings, one can see how radically it differs from biblical Christianity. The Christian worldview differs in every area from NAM beliefs. Consider God and ultimate reality. God is one (but in three persons), and is totally distinct from his creation. We certainly are not a part of the divine. This was true even before the Fall.

Sin is a moral and spiritual problem, involving human rejection of God and living for self. It is not just a matter of wrong knowledge or understanding. As far as salvation goes, we cannot save ourselves. Christ came to pay the penalty for our sin, so that we can be restored to God by repentance and faith, not via the various recovery techniques and psycho-technologies listed above.

And of course Jesus Christ as depicted in Scripture has nothing to do with the New Age Jesus and the Christ of the new spiritualities. But another article will look at that matter in more detail. Suffice it to say that you cannot claim to be a biblical Christian while at the same time holding to basic NAM beliefs and practices. The two simply cannot coexist.

Let me conclude with a quote on the New Spirituality by Ravi Zacharias as found in his very important 2012 book, Why Jesus?

Everything that the New Spiritualists say they are seeking is actually found in Jesus. No, not the Jesus of popular television marketing. Not the Jesus of the New Ager’s imagination. And not the Jesus of all talk and no walk, who is heard but never seen. The Jesus I am talking about is the Ultimate Reality who became flesh to bring us grace and truth that we might become the children of God.

Our destiny is in a relationship to a person, not in a pilgrimage to a place. Our purpose is in communion with the living God, not in union with an impersonal idea or nameless Higher Power….

In promising sublimity and divinity to each of us, its proponents have actually made us less than we were meant to be. God alone knows how to humble us without humiliating us and how to exalt us without flattering us. And how he effects this is the grand truth of the Christian message.

There are plenty of helpful Christian critiques and assessments of the NAM. The following are some of the better titles. If I had to single out just a few authors here, let me especially recommend Groothuis and Jones.

Near Death Experiences
Abanes, Richard, Journey into the Light. Baker, 1996.
Alnor, William, Heaven Can’t Wait. Baker, 1996.
Ankerberg, John and John Weldon, The Facts on Life after Death. Harvest House, 1992.
Green, H. Leon, If I Should Wake Before I Die. Crossway, 1997.
Habermas, Gary and J.P. Moreland, Immortality: The Other Side of Death. Thomas Neslon, 1992.

9 Replies to “The New Age Movement Versus Christianity”