The various new spiritualities, including the New Age Movement (NAM), have sought to completely reinvent Jesus, making him into their own Eastern image. They distort and deny the truth about Jesus as found especially in the four Gospels, and make him into yet another spiritual leader or guru.

To understand this New Age Jesus, one needs to know something about basic NAM beliefs. My earlier piece in this series does just that, so please have a read: billmuehlenberg.com/2019/12/31/the-new-age-movement-versus-christianity/

In much of New Age and Eastern thought our problem is not moral so much as one of false understandings. We simply do not realise that we are already part of the divine. Liberation (moksha) from the cycle of birth and rebirth (samsara) comes by overcoming our false consciousness and merging with the oneness that we are a part of. 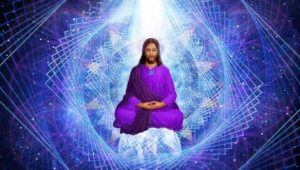 Thus Jesus did not really come to die for our sins, but to simply show us the way, like so many other great spiritual teachers. He came to guide us in our spiritual journey, and to help us embrace our own enlightenment and cosmic consciousness.

So Jesus is usually seen as just another avatar (an incarnation of deity). In Hinduism avatars are descents of Vishnu, one of the principal deities. In generic Eastern and New Age thought there are numerous avatars such as Krishna, the Buddha, etc. There is nothing special or unique about Jesus: he is just one of many who have achieved cosmic consciousness and have come to help us do the same.

Traditional biblical understandings of who Jesus is and why he came to earth are denied or radically twisted to fit into the Eastern worldview. The uniqueness of Christ is downplayed, and he is seen as just another “ascended master” or one who has already found moksha.

As I mentioned in my piece on the NAM and Christianity, Gnosticism is a big part of this. This early, heretical movement offered salvation by way of arcane knowledge (gnosis). One achieves salvation by acquiring knowledge of secret and hidden truths. Usually only an elite few gain such special knowledge and insight.

In Christianity and the Hellenistic World, Ronald Nash explains how Jesus is viewed in such a scheme: “The Gnostic Jesus was not a Savior; he was a revealer. He came for the express purpose of communicating his secret gnosis.” We are not sinners in need of salvation – we are ignorant people who need to realise that we are already divine.

Claims are also made about various “lost gospels” or “Gnostic gospels” which are said to contain the “real” truth about Jesus and his Eastern connections. Thus things like the Gospel of Thomas, the Gospel of Phillip, and other writings are often appealed to. But see my critique of such matters here: billmuehlenberg.com/2006/04/26/the-gospel-according-to-dan-brown/

One common belief about Jesus in the new spiritualities and the NAM has to do with the so-called ‘lost years’ of Jesus. The Bible gives us some information about the first twelve or so years of Jesus’ life, and of course the last three or so. But it does not give us any specific information of what Jesus did between these two periods.

So a common theme that is run with is to say that Jesus actually went to the East, studied under various gurus, and eventually found enlightenment. I believed this myself back in my hippy days. But there is of course no historical basis for this, and certainly no biblical basis for this.

But let me finish by looking more closely at the claim that Jesus was just another guru. Many of the books that I list below do a great job of discussing this. One can especially highlight the 1996 volume by Groothuis, or the 2012 Zacharias book.

But let me here run with some helpful remarks found in the 1994 volume by Peter Kreeft and Ronald Tacelli, Handbook of Christian Apologetics. In their chapter on the divinity of Jesus, they have such a very useful discussion on this matter that it is worth quoting from at length.

They discuss the possibility that Jesus was really a guru, who meant his words to be taken figuratively and mystically: yes, he is divine, but so are all of us – we just don’t realise it yet! They ask why Jesus could NOT fit into such a scheme:

For one very simple reason: because he was a Jew. No guru was ever a Jew and no Jew was ever a guru. The differences – more, the contradictions – between the religious Judaism of Jesus and the teaching of all the gurus, Hindu, Buddhist, Taoist or New Age, are so many, so great and so obvious that you have to be a dunce or a professor to miss them….

If Jesus was in fact a guru or mystic who transcended and contradicted his Jewishness, then he utterly failed to get any one of the gurus’ teachings across to anybody, ever, for almost two thousand years. He was the worst teacher in history if he misled all his followers on every one of the following essential points where Judaism and Eastern mysticism conflict. The Jews were extremely proud of these distinctive beliefs and held to them tenaciously against worldwide disagreement, against the whole pagan, polytheistic, pantheistic, mythical and mystical religious world of antiquity for nearly two millennia. Here are eight flat-out contradictions between Jesus’ Judaism and the universal teaching of all gurus. Together they make it utterly impossible to call Jesus a guru.

So we have eight flat-out contradictions, all of them crucially important, between the teaching of Jesus as we have it in the New Testament and the teaching of the Eastern mystics and gurus. To classify Jesus as a guru is as accurate as classifying Marx as a capitalist.

I conclude with the closing paragraphs of Stolen Identity by Peter Jones:

The uniqueness of Jesus is surely (1) the earthshaking claim of Immanuel, God come in human form, added to (2) the declaration of the definitive forgiveness of sins and the defeat of evil, and (3) completed by the proclamation of the physical resurrection of Jesus, the final defeat of death, and the coming transformed cosmos. . . . In the cross of Jesus, the human problem of sin is resolved. In the resurrection of Jesus, the human inevitability of death is vanquished. In this gospel, God is with us. No other religion has ever made such a claim.

In the debate about the identity of Jesus, and the argument regarding the version we can trust, the stakes are enormous. There is no neutral position. You must choose. Is he “the divine/human Savior of the world” or a spiritual guru like many others? Is he a source of timeless wisdom of the bringer of the gospel news? I have chosen the biblical Jesus because I sense a deep need, not for a coach or religious technical advisor, but for a righteous and fully trustworthy Savior, who as my Creator and Redeemer does things for me I could never do for myself.

The books featured here deal with the New Age Jesus in particular, as well as the broader issues of various gnostic gospels, alternative Jesuses and the like:

3 Replies to “The New Age Jesus Versus the Biblical Jesus”