Thoughts on ‘love the sinner, hate the sin’:

There are plenty of maxims, sayings, and clichés that routinely flow from the lips of believers. Some are more or less faithful to biblical truth while some are much less so. The oft heard remark that we are to hate the sin while loving the sinner may fall somewhere in between these two extremes. 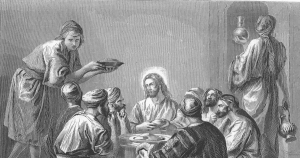 How should we assess this saying? We can start by taking any portions of truth from this that we can. And one obvious truth to be gleaned would be that most of us believers are not very good at loving sinners, or showing them the love of Christ. We tend to be more eager to condemn and rebuke them than seek to win them to Christ. That needs to change.

A related truism is that while we are often quick to point out and hate sin in others, we tend to be less hateful and concerned about our own sin. This also needs to change. So if this saying simply meant that we need to correct these two shortcomings, we could all agree.

But Scripture takes things further when it comes to sin and sinners and how they can be viewed. The truth is, we have various passages that speak of hate in a positive light. That is, sometimes we read about the reality or need of hating certain things or people, and such hate is not condemned.

Four years ago I penned a two-part article on this. In it I said that the Bible informs us of these four things:

I offered numerous passages for each one of these headings: billmuehlenberg.com/2016/11/23/divine-love-hate-part-one/

I went on in part 2 of the article to look at how this plays itself out in our theology and our Christian lives: billmuehlenberg.com/2016/11/23/divine-love-hate-part-two/

The information presented there shows us that the saying is at best partly accurate and biblical. So please have a read of those two pieces for more detail on this. And we can look at other terms than just ‘hate.’ For example, we can examine a term like ‘enemies’ as a biblical description of sinners. Consider just a few of them:

-Romans 5:10 For if while we were enemies we were reconciled to God by the death of his Son, much more, now that we are reconciled, shall we be saved by his life.
-Colossians 1:21 Once you were alienated from God and were enemies in your minds because of your evil behavior.

And it is not just unredeemed sinners that can be seen as enemies. God’s people in the Old Testament were sometimes also called God’s enemies. Consider these three texts:

-Lamentations 2:4-5 Like an enemy he has strung his bow;
his right hand is ready.
Like a foe he has slain
all who were pleasing to the eye;
he has poured out his wrath like fire
on the tent of Daughter Zion.
The Lord is like an enemy;
he has swallowed up Israel.
He has swallowed up all her palaces
and destroyed her strongholds.
He has multiplied mourning and lamentation
for Daughter Judah.

-Isaiah 1:24 Therefore the Lord declares,
the Lord of hosts,
the Mighty One of Israel:
“Ah, I will get relief from my enemies
and avenge myself on my foes.” (speaking of Jerusalem)

-Isaiah 63:10 Yet they rebelled
and grieved his Holy Spirit.
So he turned and became their enemy
and he himself fought against them.

Alec Motyer says this about that final passage: “Those who refuse his way become his enemies (1:24) and, in the present passage, he theirs. The truth that he hates the sin but loves the sinner needs balance and corrective of ‘enmity’ passages such as these. In the ultimate, sinner and sin cannot be facilely held apart.”

Let me offer another quote about the phrase under question. D. A. Carson says this in his excellent volume, How Long, O Lord?:

Why is it that we are comfortable with evangelical clichés about God “loving the sinner but hating the sin,” when within the first fifty psalms alone there are fourteen passages where God is explicitly said to hate the sinner, or to be angry with the sinner, or the like? I am not for a moment suggesting there is no truth at all in the cliché….

Even so, after all caveats have been entered, the distance between our perception of where the problem lies and the perceptions of the biblical writers is one of the most sobering considerations for those who take the Bible seriously. It is one more indication that we have given ourselves to thinking great thoughts about human beings and small thoughts about God.

That is why we read in a passage like 1 Corinthians 6:9-11 that “neither the sexually immoral, nor idolaters, nor adulterers, nor men who practice homosexuality, nor thieves, nor the greedy, nor drunkards, nor revilers, nor swindlers will inherit the kingdom of God.”

Biblical Christians of course recognise that sin is much more than mere outward actions alone. Sin also has to do with inward attitudes and desires. Thus Jesus could call someone who hates, a murderer, and someone who lusts after others, an adulterer. Sin involves the entire person. Indeed, we can go further and say that it is not so much the case that we are sinners because we sin, but we sin because we are sinners.

Sin goes deep into our very person. That is why we need outside help to get right with God. We cannot save ourselves. Sin is too deeply ingrained in who we are. All this is not to say that sinners cannot be wonderfully transformed in Christ and set free from sinful and addictive behaviours. They can indeed – praise God.

But even here we must exercise caution. That is, a forgiven, born-again Christian still needs to keep working on inner sinful desires and attitudes. Let me give two obvious examples of this. If a person who was jailed for numerous cases of fiddling with the books and stealing money from his white collar job gets saved, it would not be very wise to make that new Christian the church treasurer – at least not immediately.

If a person has had a long criminal record of the sexual abuse of children, and then becomes a Christian, it would be sensible not to put him in charge of the children’s Sunday School ministry – at least not right away. One would want to make sure he is growing in real sanctification in that area.

Let me offer a helpful quote about all this. In a collection of essays edited by Kevin Vanhoozer – Nothing Greater, Nothing Better: Theological Essays on the Love of God – Tony Lane has a chapter called “The Wrath of God as an Aspect of the Love of God.” He writes:

Where does this leave the modern cliché that “God hates the sin but loves the sinner”? Like most clichés it is a half-truth. There are two ways in which it could be taken. The first, which is undoubtedly the way that most people take it in the modern liberal West, is as a comment about the wrath of God. God’s displeasure is against sin but not against the sinner. Apart from the fact that this reverses the emphasis of the New Testament, there are problems with it. As William Temple observes, “that is a shallow psychology which regards the sin as something merely separate from the sinner, which he can lay aside like a suit of clothes. My sin is the wrong direction of my will; and my will is just myself as far as I am active. If God hates the sin, what He hates is not an accretion attached to my real self; it is myself, as that self now exists.” It is incoherent to say that God is displeased with child molestation but feels no displeasure toward child molesters. In what sense, then, is the cliché true? It is to be understood not as limiting the objects of God’s displeasure to sinful actions but as affirming God’s grace. God loves sinners, not in the sense that he does not hate them along with their sin, but in the sense that he seeks their salvation in Christ. While his attitude to sinners as sinners is antagonism and wrath, his good will toward them actively seeks their conversion and forgiveness.

But does the Bible ever talk of God actually hating people? Mostly it speaks of God hating evil deeds (e.g., Deut. 12:31; Prov. 6:16-19; Isa. 61:8; Amos 6:8; Rev. 2:6), but there are seven passages that speak of his hatred for people. First, there is the repeated statement that God loved Jacob but hated Esau (Mal. 1:2-3; Rom. 9:13). We should beware of reading too much into this given the question of the extent to which it is individuals or nations that are in mind, and the question of whether “hate” here is to be understood as in the injunction to hate one’s own relatives and one’s own life (Luke 14:26; cf. Matt. 10:37). Second, it is thrice stated that God hates evildoers (Psalm 5:5; 11:5; Prov. 6:16-19). Finally, God twice states that he hates Israel (Jer. 12:8; Hos. 9:15). Clearly these last affirmations do not preclude God’s love for Israel, as is proclaimed especially by Hosea. Perhaps we would remain closest to the emphasis of the Bible if we spoke of God’s hatred of sin and his wrath against sinners, though we cannot exclude talk of God’s wrath against sin or his hatred of sinners. A new slogan might be “God hates the sin and is angry with the sinner”.

I close on a positive note: it is terrific that God by his grace can transform lost sinners. Praise him for redeeming and transforming the lives of murderers and rapists and thieves and haters and liars. God is certainly in the change business.

6 Replies to “Hate the Sin, Love the Sinner?”