What C. S. Lewis wrote on the moral law 70 years ago is always worth revisiting:

A large part of the apologetic method of C. S. Lewis involved the moral argument for God’s existence. He famously made this case in a number of his books. There are various formulations of this, and various defenders of this sort of argument for God, including philosophers such as Immanuel Kant (1726-1806).

But they all more or less come down to the notion that if objective morality exists – as opposed to mere personal preferences – then what is the source of that moral law? A moral law presumes a moral lawgiver. This law giver is God. He is the source and foundation of right and wrong. His own character determines moral absolutes. Since God is a perfect being, his moral perfections are what lie behind all true morality. 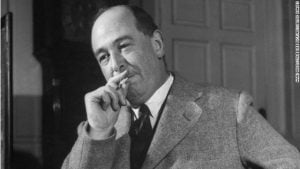 As the 6th Century Roman Christian philosopher Boethius (480-525) famously asked: “If there is a God, whence proceed so many evils? If there is no God, whence cometh any good?” Or as the late Christian apologist Ravi Zacharias also famously expressed it:

This moral sense is universal. All men make moral pronouncements. We have a sense of moral duty, of right and wrong. We all feel the force of injustice. We all make prescriptive statements, not just descriptive statements. We all make moral or “ought” statements such as, “It’s not fair” or “You should do this” or “You shouldn’t do that,” etc. To say that something is right or wrong only makes sense if there are objective standards of morality that we can all appeal to.

Here I want to briefly look at how Lewis ran with this, mainly in the form of quotes from his various works. He often spoke about this. For example, in his 1947 book Miracles he discusses this quite a bit. In Ch. 5, “A Further Difficulty in Naturalism” he writes:

When men say “I ought” they certainly think they are saying something, and something true, about the nature of a proposed action, and not merely about their own feelings. But if Naturalism is true, “I ought” is the same sort of statement as “I itch” or “I’m going to be sick”. In real life when a man says “I ought”, we may reply, “Yes, you’re right. That is what you ought to do,” or else, “No, I think you’re mistaken.” But in a world of Naturalists…the only sensible reply would be, “Oh, are you?” …

Holding a philosophy which excludes humanity, they yet remain human. At the sight of injustice they throw all their Naturalism to the winds and speak like men. . . . There is no escape… If we are to continue to make moral judgments (and whatever we say we shall in fact continue) then we must believe that the conscience of man is not a product of Nature. It can be valid only if it is an offshoot of some absolute moral wisdom, a moral wisdom which exists absolutely “on its own” and is not a product of non-moral, non-rational Nature.

But it is his masterful Mere Christianity that I mainly want to draw from here. In Ch 1, “The Law of Human Nature,” he says this:

Everyone has heard people quarrelling. Sometimes it sounds funny and sometimes it sounds merely unpleasant; but however it sounds, I believe we can learn something very important from listening to the kind of things they say. They say things like this: “How’d you like it if anyone did the same to you?”-“That’s my seat, I was there first”…

Now what interests me about all these remarks is that the man who makes them is not merely saying that the other man’s behaviour does not happen to please him. He is appealing to some kind of standard of behaviour which he expects the other man to know about. And the other man very seldom replies: “To hell with your standard.” Nearly always he tries to make out that what he has been doing does not really go against the standard, or that if it does there is some special excuse. He pretends there is some special reason in this particular case why the person who took the seat first should not keep it, or that things were quite different when he was given the bit of orange, or that something has turned up which lets him off keeping his promise. It looks, in fact, very much as if both parties had in mind some kind of Law or Rule of fair play or decent behaviour or morality or whatever you like to call it, about which they really agreed. And they have. If they had not, they might, of course, fight like animals, but they could not quarrel in the human sense of the word. Quarrelling means trying to show that the other man is in the wrong. And there would be no sense in trying to do that unless you and he had some sort of agreement as to what Right and Wrong are; just as there would be no sense in saying that a footballer had committed a foul unless there was some agreement about the rules of football.

In Ch. 2, “Some Objections,” he looks at the notion of moral progress:

When you think about these differences between the morality of one people and another, do you think that the morality of one people is ever better or worse than that of another? Have any of the changes been improvements? If not, then of course there could never be any moral progress. Progress means not just changing, but changing for the better. If no set of moral ideas were truer or better than any other, there would be no sense in preferring civilised morality to savage morality, or Christian morality to Nazi morality. In fact, of course, we all do believe that some moralities are better than others. We do believe that some of the people who tried to change the moral ideas of their own age were what we would call Reformers or Pioneers—people who understood morality better than their neighbours did. Very well then. The moment you say that one set of moral ideas can be better than another, you are, in fact, measuring them both by a standard, saying that one of them conforms to that standard more nearly than the other. But the standard that measures two things is something different from either. You are, in fact, comparing them both with some Real Morality, admitting that there is such a thing as a real Right, independent of what people think, and that some people’s ideas get nearer to that real Right than others. Or put it this way. If your moral ideas can be truer, and those of the Nazis less true, there must be something—some Real Morality—for them to be true about.

And in Ch. 5. “We Have Cause to Be Uneasy,” he points us to where all this should be heading:

It is after you have realized that there is a real Moral Law, and a Power behind that law, and that you have broken that law and put yourself wrong with that Power – it is after all this, and not a moment sooner, that Christianity begins to talk. When you know you are sick, you will listen to the doctor. When you have realised that our position is nearly desperate you will begin to understand what the Christians are talking about. They offer an explanation of how we got into our present state of both hating goodness and loving it. They offer an explanation of how God can be this impersonal mind at the back of the Moral Law and yet also a Person. They tell you how the demands of this law, which you and I cannot meet, have been met on our behalf, how God Himself becomes a man to save man from the disapproval of God. It is an old story and if you want to go into it you will no doubt consult people who have more authority to talk about it than I have. All I am doing is to ask people to face the facts— to understand the questions which Christianity claims to answer. And they are very terrifying facts. I wish it was possible to say something more agreeable. But I must say what I think true. Of course, I quite agree that the Christian religion is, in the long run, a thing of unspeakable comfort. But it does not begin in comfort; it begins in the dismay I have been describing, and it is no use at all trying to go on to that comfort without first going through that dismay. In religion, as in war and everything else, comfort is the one thing you cannot get by looking for it. If you look for truth, you may find comfort in the end: if you look for comfort you will not get either comfort or truth—only soft soap and wishful thinking to begin with and, in the end, despair. Most of us have got over the pre-war wishful thinking about international politics. It is time we did the same about religion.

These are of course just mere snippets from these two books, and from his entire corpus. Lewis did as good a job as anyone in explaining and elucidating upon the nature of morality, the moral law, and the need for a moral lawgiver. If you have not yet read these works, I strongly encourage you to do so.

By way of closing, as well as offering a personal word here, I must say this: these two old paperbacks of mine by Lewis which I just quoted from are getting to be in rather bad shape, having been used so often for nearly a half century now. Both volumes were picked up in the early 70s, and both of them now not only have pages starting to fall out, but almost every page is full of underlining – either with pen or yellow highlighter.

It is time for me to go out and buy brand new copies of each one, so I can have the great pleasure of reading them again – almost as if for the very first time. Oh, and I better go out and buy some new highlighters as well!

(Australians can find most of the Lewis books at Koorong)