We all can learn so much from the life and writings of Elisabeth Elliot:

Many of you know about the remarkable American Christian missionary and author Elisabeth Elliot (1926-2015). What she went through has more than qualified her to write about suffering, hardships and trials – and the goodness of God.

While serving as a missionary in Ecuador, her husband of just over two years, and four other young men, were speared to death by the Indians they were seeking to reach for Christ. She was just 29 at the time, and was left with her 10-month-old daughter. They stayed on and continued the work.

Her second husband died of cancer after they were married for four years. She suffered from dementia for a decade and died in 2015. You can see more about her life and work in this piece; billmuehlenberg.com/2015/06/16/notable-christians-elisabeth-elliot/ 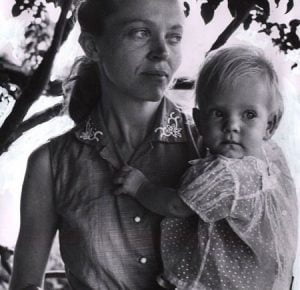 She had written several important books on suffering, including the 1989 volume, On Asking God Why, and the 1990 book, A Path Through Suffering. But some time ago she produced a series of six CDs on the matter of suffering, and that has just recently been turned into a book: Suffering Is Never For Nothing (B&H, 2019).

It is always a treat to find new material from favourite authors, so those who love her writings will want to add this valuable volume to their collection. Although just over 100 pages long, it is full of the wisdom, insight and spiritual depth we have come to expect from Elliot.

The best thing I can do by way of promoting this book is to say no more about it, but simply to quote from it. Here then are some of the many key quotes to be found in this great volume.

“There have been some hard things in my life, of course, as there have been in yours, and I cannot say to you, I know exactly what you’re going through. But I can say that I know the One who knows. And I’ve come to see that it’s through the deepest suffering that God has taught me the deepest lessons. And if we’ll trust Him for it, we can come through to the unshakable assurance that He’s in charge. He has a loving purpose. And He can transform something terrible into something wonderful. Suffering is never for nothing.”

“The question remains, is God paying attention? If so, why doesn’t He do something? I say He has, He did, He is doing something, and He will do something. The subject can only be approached by the cross. That old, rugged cross so despised by the world. The very worst thing that ever happened in human history turns out to be the very best thing because it saved me. It saves the world. And so God’s love, which was represented, demonstrated to us in His giving His Son Jesus to die on the cross, has been brought together in harmony with suffering.”

“It was necessary for Shadrach and Meshach and Abednego to go into the fiery furnace because God had a message not just for Shadrach, Meshach, and Abednego but also, you remember, for the king. He said ‘has your God, whom you serve, been able to deliver you?’”

“If we learn to know God in the midst of our pain, we come to know Him as one who is not a High Priest that cannot be touched with the feeling of our infirmities. He is one who has been over every inch of the road. I love that old hymn by Richard Baxter, ‘Christ leads me through no darker rooms than He went through before.’ I love those words.”

“God is a three-personed God. He loves us. We are not adrift in chaos. To me that is the most fortifying, the most stabilizing, the most peace-giving thing that I know anything about in the universe. Every time things have seemingly fallen apart in my life, I have gone back to those things that do not change. Nothing in the universe can ever change those facts.”

“So when the answer was no about the thorn in the flesh, and was the answer of Jesus’ prayer in Gethsemane, we know that there’s nothing wrong with praying that God will solve our problems and heal our diseases and pay our debts and sort out our marital difficulties. It’s right and proper that we should bring such requests to God. We’re not praying against His will. But when the answer is no, then we know that God has something better at stake. Far greater things are at stake. There is another level, another kingdom, an invisible kingdom which you and I cannot see now but toward which we move and to which we belong.”

“Whatever is in the cup that God is offering to me, whether it be pain and sorrow and suffering and grief along with the many more joys, I’m willing to take it because I trust Him. Because I know that what God wants for me is the very best. I will receive this thing in His name. I need pain sometimes because God has something bigger in mind. It is never for nothing. And so I say Lord, in Jesus’ name, by Your grace I accept it.”

“I have never thanked God for cancer. I have never thanked God specifically that certain Indians murdered my husband. I don’t think I need to thank God for the cancer or for the murder. But I do need to thank God that in the midst of that very situation the world was still in His hands. The One who keeps all those galaxies wheeling in space is the very hand that holds me. The hands that were wounded on the cross are the same hands that hold the seven stars.”

“Let me ask you, who are the people who have most profoundly influenced your life? Those who have most profoundly influenced my life are without exception people who have suffered because it has been in that very suffering that God has refined the gold, tempered the steel, molded the pot, broken the bread and made that person into something that feeds a multitude—of whom I have been one of the beneficiaries.”

There are many more gems to be found in this great book. I encourage you to get it, read it, and become more like Christ as a result.

(Australians can find this at Koorong: www.koorong.com/product/suffering-is-never-for-nothing-elisabeth-elliot_9781535914154?ref=https%3A%2F%2Fwww.koorong.com%2F )

11 Replies to “Elisabeth Elliot on Suffering”