One of God’s choice saints has passed away today. Perhaps overshadowed by her late husband Jim at first, she became one of the great Christian statesmen and ambassadors. The 88-year-old was an inspiration to millions through her life story, her books, her public talks, and her steadfast Christian commitment. 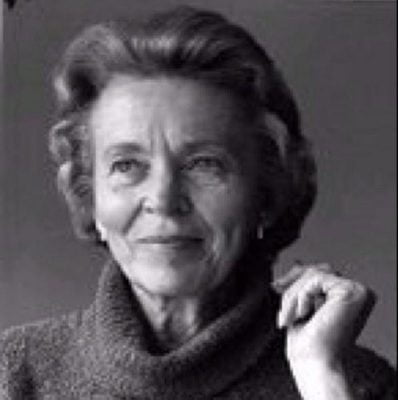 As the wife of martyred missionary Jim Elliot, Elisabeth knew about hardships and the cost of discipleship from an early age. She had met Jim while at Wheaton College and they both had a passion for reaching the lost. As a result five young men and their wives ended up ministering in South America to reach the Auca Indians in eastern Ecuador.

Jim Elliot and Pete Fleming arrived in Ecuador on February 21, 1952. On October 8, 1953, Jim married Elisabeth Howard, and their only child Valerie was born February 27, 1955. Their work amongst the Indians was slow but bearing some fruit.

However on January 8, 1956, five young men seeking to reach these Indians were speared to death. By the morning of January 9 when the wives had not heard from their husbands via radio contact, Elisabeth was getting quite worried. As she wrote in one account of this:

It was the first I knew that anything was amiss. A verse God had impressed on my mind when I first arrived in Ecuador came back suddenly and sharply: ‘When thou passest through the waters, I will be with thee, and through the rivers, they shall not overflow thee. . . .” I went upstairs teaching the Indian girls’ literary class, praying silently, “Lord, let not the waters overflow.”

Later that day the five bodies of the killed men were discovered. However, some of the wives kept on working there, as well as other missionaries, and eventually some of these Indians became Christians, including some of those who had helped to kill the five.

One of them, giving his testimony at a meeting, said, “I have killed twelve people with my spear! But I did that when my heart was black. Now Jesus’ blood has washed my heart clean, so I don’t live like that anymore.”

Elisabeth recounted the martydom in her 1957 volume, Through Gates of Splendor and in the 1958 volume, Shadow of the Almighty: The Life and Testament of Jim Elliot. These two volumes very early on became Christian classics, and they still are among the great missionary books out there. If you have not yet read these two books, you must do so soon. In these books we of course learn much about Jim Elliot and the other four martyrs, but we also learn much about Elisabeth as well.

These inspiring stories were fundamental in spurring on a whole new generation of young people for missionary service. I happened to be a friend of Phil Saint, one of the sons of one of the martyrs, Nate Saint, while at Trinity College in the mid-70s.

Elisabeth was to experience many heartbreaks throughout her life, including in her marriages. In 1969 she married Addison Leitch who was a professor of theology at Gordon-Conwell Theological Seminary near Boston. Sadly he died of cancer in 1973.

She became an Adjunct Professor there, and was especially keen to encourage and support seminary wives. When I was there from 1985-1987 earning my MA, my wife got to go to her house with some other wives and be ministered to by this wonderful woman. In 1977, she married Lars Gren, a hospital chaplain.

Like so many others, I had heard her speak a few times at various places, including at the Urbana Missionary Conference in Illinois in December of 1976. She inspired so many with her lectures, her books (she wrote nearly 20 books) and her life.

She was a godly, humble woman who was used greatly by the Lord, despite going through so much suffering. Indeed, she penned several important books birthed out of the fiery furnace including the 1989 volume, On Asking God Why, and the 1990 book, A Path Through Suffering.

Elisabeth Elliot knew more suffering than most of us ever will. Yet she clung unflinchingly to the love, goodness and sovereignty of God, fully believing he was in control, and that no suffering will be wasted if we tightly hold on to Him and His promises.

Of course seeking divine guidance at the best of times can be difficult, but even more so when one is undergoing severe trials and suffering. Thus another very valuable book of hers worth getting is her 1973 volume, A Slow and Certain Light.

Other key volumes that she wrote include:
– Passion and Purity: Learning to Bring Your Love Life Under Christ’s Control
– Discipline: The Glad Surrender
– Let Me Be a Woman
– These Strange Ashes: Is God Still in Charge?
– The Liberty of Obedience

There are plenty of terrific quotes that can be gleaned from her books and talks. Let me close with just a few of them, as we pay our respects to this wonderful woman of God:

“If your goal is purity of heart, be prepared to be thought very odd.”

“There is no ongoing spiritual life without this process of letting go. At the precise point where we refuse, growth stops. If we hold tightly to anything given to us, unwilling to let it go when the time comes to let it go or unwilling to allow it to be used as the Giver means it to be used, we stunt the growth of the soul. It is easy to make a mistake here, ‘If God gave it to me,’ we say, ‘its mine. I can do what I want with it.’ No. The truth is that it is ours to thank Him for and ours to offer back to Him, ours to relinquish, ours to lose, ours to let go of – if we want to find our true selves, if we want real life, if our hearts are set on glory.”

“Holiness has never been the driving force of the majority. It is, however, mandatory for anyone who wants to enter the kingdom.”

“It is Christ who is to be exalted, not our feelings. We will know Him by obedience, not by emotions. Our love will be shown by obedience, not by how good we feel about God at a given moment. And love means following the commands of God. ‘Do you love Me?’ Jesus asked Peter. ‘Feed My lambs.’ He was not asking, ‘How do you feel about Me?’ for love is not a feeling. He was asking for action.”

“Faith does not eliminate questions. But faith knows where to take them.”

“We have proved beyond any doubt that He means what He says – His grace is sufficient, nothing can separate us from the love of Christ. We pray that if any, anywhere, are fearing that the cost of discipleship is too great, that they may be given to glimpse that treasure in heaven promised to all who forsake.”

“One does not surrender a life in an instant. That which is lifelong can only be surrendered in a lifetime.”

“Waiting on God requires the willingness to bear uncertainty, to carry within oneself the unanswered question, lifting the heart to God about it whenever it intrudes upon one’s thoughts.”

“Our vision is so limited we can hardly imagine a love that does not show itself in protection from suffering. The love of God is of a different nature altogether. It does not hate tragedy. It never denies reality. It stands in the very teeth of suffering.”

Tributes are now flowing in for this great woman of faith. Many more will be coming in in the days ahead. Let me offer just these words from Steve Saint, another son of Nate’s:

I think Elizabeth would be happy just being remembered as not much of a woman that God used greatly. To the rest of us mortals she was an incredibly talented and gifted woman who trusted God in life’s greatest calamities, even the loss of her mind to dementia, and who allowed God to use her. He did use her.
Tens of thousands of people will mourn her loss. I will certainly be one of them. But isn’t it incredibly wonderful that our loss is certainly her gain. She can think and talk once again! Let’s remember her daughter Val and son-in-law Walt and her eight grandchildren. Let’s also remember and pray for her husband Lars who cared for her and saw that she was cared for during her ten year battle with the disease which robbed her of her greatest gift.

One of the great quotes from Jim Elliot was this: “He is no fool who gives up what he cannot keep, to gain that which he cannot lose.” The same can be said about Elisabeth. It is so comforting to know that they two have now reunited, along with their saviour.