Thoughts on the glory of God:

If we had to pick a major theme of biblical theology, it would be the glory of God. While we have all heard the Westminster Shorter Catechism on this so many times, it is still worth repeating: “Man’s chief end is to glorify God, and to enjoy him forever.” 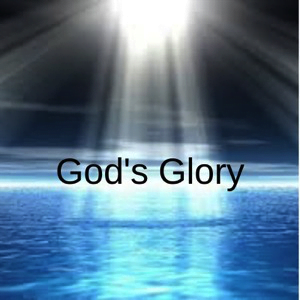 Scripture throughout speaks to this, but since I am again in the prophets, let me draw upon them. In particular, in my reading in Ezekiel over the past few days I have seen this brought out so very often. Of course from the opening chapter where we read about God’s glory in his commission, to the final days where God’s glory is returned (Ex. 40-43), we see so much of this theme.

Let me just offer some passages from this book. And notice a number of related phrases that all have to do with God’s glory. We often read things like this:
-“I will display my glory”
-“Then you will know that I am the Lord”
-“But for the sake of my name”
-“I will be zealous for my holy name”

Consider then just a small sampling of such verses:

Ezekiel 20:9 But for the sake of my name, I brought them out of Egypt. I did it to keep my name from being profaned in the eyes of the nations among whom they lived and in whose sight I had revealed myself to the Israelites.

Ezekiel 20:14 But for the sake of my name I did what would keep it from being profaned in the eyes of the nations in whose sight I had brought them out.

Ezekiel 36:11 I will increase the number of people and animals living on you, and they will be fruitful and become numerous. I will settle people on you as in the past and will make you prosper more than before. Then you will know that I am the Lord.

Ezekiel 36:32 I want you to know that I am not doing this for your sake, declares the Sovereign Lord. Be ashamed and disgraced for your conduct, people of Israel!

Ezekiel 36:36-38 Then the nations around you that remain will know that I the Lord have rebuilt what was destroyed and have replanted what was desolate. I the Lord have spoken, and I will do it. This is what the Sovereign Lord says: Once again I will yield to Israel’s plea and do this for them: I will make their people as numerous as sheep, as numerous as the flocks for offerings at Jerusalem during her appointed festivals. So will the ruined cities be filled with flocks of people. Then they will know that I am the Lord.

Ezekiel 39:12-14 For seven months the Israelites will be burying them in order to cleanse the land. All the people of the land will bury them, and the day I display my glory will be a memorable day for them, declares the Sovereign Lord. People will be continually employed in cleansing the land. They will spread out across the land and, along with others, they will bury any bodies that are lying on the ground.

Ezekiel 39:21 I will display my glory among the nations, and all the nations will see the punishment I inflict and the hand I lay on them.

Ezekiel 39:25 Therefore this is what the Sovereign Lord says: I will now restore the fortunes of Jacob and will have compassion on all the people of Israel, and I will be zealous for my holy name.

Ezekiel 39:28 Then they will know that I am the Lord their God, for though I sent them into exile among the nations, I will gather them to their own land, not leaving any behind.

What God does, he does for his own glory, and that his name might be made known throughout the earth. Let me here draw upon three theologians who have spoken often on the glory of God. The great American theologian Jonathan Edwards was constantly thinking and writing and preaching on this.

And perhaps the one who has done the most to popularise his theology is John Piper. Most of his books could be featured here. Let me utilise just one: Astonished By God. In it he has a chapter on the glory of God. He asks why it is that God created the world, and he replies, in part:

When God created the world, he did not create out of any need or weakness or deficiency. He created out of fullness and strength and complete sufficiency. As Jonathan Edwards said, “Tis no argument of the emptiness or deficiency of a fountain that it is inclined to overflow.” So we don’t glorify God by improving his glory, but by seeing and savoring and showing his glory (which is the same as knowing, loving, showing it).

Or consider the word magnify (so Philippians 1:20, “that Christ be magnified”). We magnify his glory like a telescope, not a microscope. Microscopes make small things look bigger than they are. Telescopes make unimaginably big but distant things look more like what they really are. Our lives are to be telescopes for the glory of God. We were created to see his glory, be thrilled by his glory, and live so as to help others see him and savor him for what he really is.

To know, to love, to show God’s glory – that is why the universe exists. If this takes hold of you the way it should, it will affect the way you think and feel about everything. Because now you know why everything exists.

In his book The Hunger for Significance, R. C. Sproul speaks about the nature of human dignity, and how it is tied in with God’s glory:

The idea of dignity is rooted in the Old Testament concept of glory. In the created realm, all things reflect some degree of this glory. The stars have a certain glory, as do the moon and the sun. There is a glory ascribed to fish, fowl, and the beasts of the field; a glory to the man and a glory to the woman.

Ultimately, glory derives from an attribute of God Himself. It is the heavenly glory of God that defines the essence of glory. The usual translation of the biblical concept of glory into Latin is the simple gloria. There are instances when another Latin word is chosen, the term dignitas, which mirrors the link between our word dignity and the Hebrew concept of glory.

The ancient Jews liked to speak in concrete images and had a love for the figurative and metaphorical. So we uncover a clue to the original meaning of glory by looking at its Hebrew root. The word “glory” comes from the Hebrew word for “weightiness.”

When they ascribed glory to God, they were saying that God was “weighty” or “heavy.” Yet they did not conceive of God as a grossly overweight or obese deity in the sky. God was not considered weighty in pounds but in significance.

God was conceived as having substantial or “solid” existence. There is a permanence associated with God that no creature possesses. In contrast, man is pictured in ephemeral terms, the fragility of his life is likened to grass…

It is because God has assigned worth to man and woman that human dignity is established. Man’s glory is derived; he is dependent upon God’s glory for his own.

Man enjoys such an exalted rank in the nature of things because mankind bears the image of God. From his creation to his redemption, man’s dignity is preserved. He is created by one who is eternal and is made for a redemption which stretches into eternity. His origin is significant – his destiny is significant – he is significant.

A brief article like this barely does justice to such a profound and majestic topic. The glory of God is such a vital biblical truth. And the significance we have as humans flows directly from his own glorious and exalted nature. No wonder the great hymnwriters so often returned to this theme.

Let me mention just one: “To God Be the Glory,” written by Fanny Crosby in 1875. It goes like this:

1 To God be the glory, great things he has done!
So loved he the world that he gave us his Son,
who yielded his life an atonement for sin,
and opened the life gate that we may go in.

2 O perfect redemption, the purchase of blood!
To ev’ry believer the promise of God;
the vilest offender who truly believes,
that moment from Jesus forgiveness receives. [Refrain]

And to see why this is such a great hymn, we must know something about this great hymnwriter. See here for more on her amazing life: billmuehlenberg.com/2013/09/02/notable-christians-fanny-crosby/

4 Replies to “For God’s Own Glory”