Beware of deceptive and manipulating leaders:

No one reading through the prophetic books in the Old Testament (as I am now again doing) can fail to notice the stark contrast between the false prophets and the true prophets of God. The former delighted in whispering sweet nothings into the ears of the gullible, telling them cheery and pleasant things – what they wanted to hear. The real prophets said what they needed to hear. 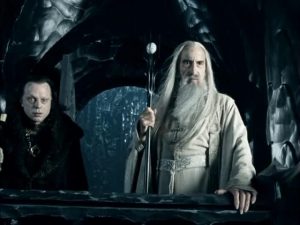 The crowds simply loved listening to what the false prophets had to say, but they were outraged by what the prophets of Yahweh proclaimed to them. The same thing is true today – nothing has changed. And no surprises here: the masses always prefer the snake oil of lies and falsehoods to the strong medicine of truth.

And demagogues and tyrants have often made use of deceptive rhetoric to control and manipulate the masses. Those who do not have the best interests of the people at heart will enjoy plying them with flattering words and comforting platitudes, while they do their work of consolidating power and eliminating opposition.

The ability to manipulate language and deceive the masses through bogus rhetoric is always something we need to guard against. It happens far too often, and we certainly see this happening in the age of corona alarmism and political power grabs. Claiming to be there to save the people, we have too many megalomaniacs running around with some of the most tyrannical measures and clampdowns on freedom.

The other day as my wife and I were discussing my recent pieces on the prophets, she mentioned two related things. She is always offering incisive and helpful comments on what I do – I should just give CultureWatch over to her. She would likely do a far better job of running it!

Anyway, the first thing she mentioned was how so much of the media and those in the workplace are all about pushing various agendas with sweet-sounding platitudes – even with various “nice” religions. For example, Buddhism and the like are being promoted, as if it offers all that we need to get through this (sit around meditating and focusing within) while the hard-hitting truths of Christianity and what it offers are ignored.

(Oh, and by the way, the Victorian Chief Health Officer is a Buddhist – something the media keeps mentioning and thinks is so neat. Hmm, what if he were a Bible-believing Christian? He might be treated a bit differently if that were the case.)

And so much of the media is always assuring us that our rulers only have our best interests at heart; that we should just all go along with whatever they tell us; that we are all in this together; that we should just fully submit and be nice to each other in our captivity; and so on.

In contrast, people like me and so many others who are asking hard questions, who are not accepting everything we are being told, and who are seeking to warn others about the steady erosion of our basic freedoms and human rights seem to be mean-spirited and nasty and grumpy and unloving.

My wife also said that this apparent contrast, and the power of deceptive language, were so very powerfully spelled out in the middle of the great trilogy by Tolkien, The Lord of the Rings. She reminded me of the chapter found in The Two Towers entitled “The Voice Of Saruman”.

Although recently defeated militarily, Gandalf has to remind the hobbits that the evil Saruman still had great powers to deceive and to lead astray. Gandalf, Aragorn, Gimli and Legolas go to the great tower where he resides. This is how Tolkien tells the story:

Gandalf stood before the door of Orthanc and beat on it with his staff. It rang with a hollow sound. ‘Saruman, Saruman!’ he cried in a loud commanding voice. ‘Saruman come forth!’

For some time there was no answer. At last the window above the door was unbarred, but no figure could be seen at its dark opening.

Théoden started. ‘I know that voice,’ he said, ‘and I curse the day when I first listened to it.’

‘Go and fetch Saruman, since you have become his footman, Gríma Wormtongue!’ said Gandalf. ‘And do not waste our time!’

The window closed. They waited. Suddenly another voice spoke, low and melodious, its very sound an enchantment. Those who listened unwarily to that voice could seldom report the words that they heard; and if they did, they wondered, for little power remained in them. Mostly they remembered only that it was a delight to hear the voice speaking, all that it said seemed wise and reasonable, and desire awoke in them by swift agreement to seem wise themselves. When others spoke they seemed harsh and uncouth by contrast; and if they gainsaid the voice, anger was kindled in the hearts of those under the spell. For some the spell lasted only while the voice spoke to them, and when it spoke to another they smiled, as men do who see through a juggler’s trick while others gape at it. For many the sound of the voice alone was enough to hold them enthralled; but for those whom it conquered the spell endured when they were far away. and ever they heard that soft voice whispering and urging them. But none were unmoved; none rejected its pleas and its commands without an effort of mind and will, so long as its master had control of it.

A few pages later Tolkien continues to note this contrast. He records a brief speech by Théoden, and then we read this: “The Riders gazed up at Théoden like men startled out of a dream. Harsh as an old raven’s their master’s voice sounded in their ears after the music of Saruman.”

Yes, the soothing and deceptive words of Saruman. Such power and ability to manipulate the weak and confuse the simple, and to turn them against those with stronger minds who do not fall under the spell. How much like so many modern-day tyrants and dictators.

There is always a danger of smooth-tongued orators who will bewitch the masses and deceive the crowds. History offers us too many examples of this. And right now with all the hysterical corona alarmism and fear-mongering being played to the hilt by far too many politicians and media outlets, it seems quite clear that we have not learned any lessons yet from history.

Indeed, smooth and deceptive words welded to lavish servings of panic-porn and fear will do very nicely indeed to keep the masses docile, fully submissive, and ever willing to do whatever their masters bid of them. As such I for one – along with so many others – dread to learn what the Victorian premier will be telling his hapless subjects tomorrow.

Various leaks to Dan’s Plan are not looking good at all, nor are his own words of yet more gloom and doom, telling us that these dangerous and damaging lockdowns must continue, otherwise “thousands will die”. www.dailymail.co.uk/news/article-8700087/Daniel-Andrews-warns-thousands-die-lockdown-lifted.html

Um, guess what Dan? Hundreds of Victorians have already died and are still dying as a direct result of your criminal negligence and utter incompetence in handling all this, especially with the utterly disastrous hotel quarantine debacle. Instead of 6 million Victorians being imprisoned for months on end with no letup in sight, you are the one who should be imprisoned for what you have allowed under your watch.

If we are looking for some modern day Sarumans, one cannot go much past Dan Andrews and his unelected and unaccountable health officer Brett Sutton. They only want to keep us “safe”! And those of us who dare to sound the alarm and warn others as to what is happening will be seen to be the bad guys.

Let me repeat the words of Tolkien: “Mostly they remembered only that it was a delight to hear the voice speaking, all that it said seemed wise and reasonable, and desire awoke in them by swift agreement to seem wise themselves. When others spoke they seemed harsh and uncouth by contrast; and if they gainsaid the voice, anger was kindled in the hearts of those under the spell.”

13 Replies to “The Dangers of Sweet, Pleasant and Deceptive Words”